James St. Patrick is in the ground but Tasha’s troubles are far from over in a new teaser trailer for Power Book II: Ghost.

Starz released new footage from the crime drama’s spinoff Sunday, and the 30-second spot hints at even more illicit shenanigans for the family of the not-so-dearly departed Ghost.

For one, it seems like Tameikah knows exactly what happened the night Tasha claims to have murdered her estranged husband. “Someone else was there,” the lawyer tells Tasha, who’s sporting a prison-issue orange jumpsuit and a seriously freaked-out expression. “Is it your son?”

As Power viewers know, it was Tariq who actually took his dad out of commission for good. And judging from the amount of guns, cash, frantic running and smug Saxe in the trailer, ‘Riq isn’t done dabbling in illegal activities in order to save his family. 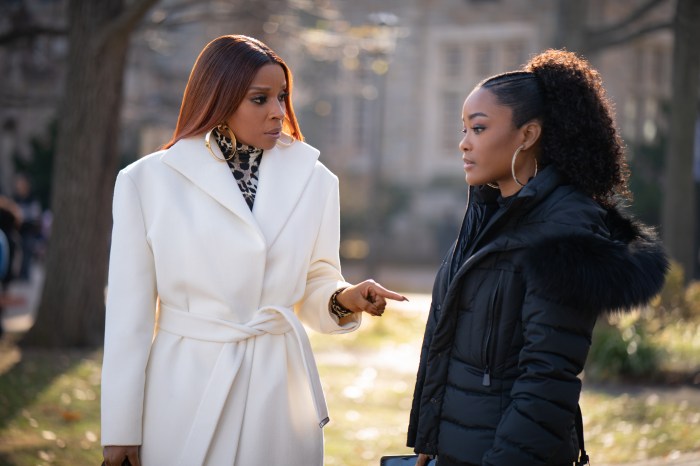 The new series, the storyline of which will pick up a few days after the events of Power‘s finale, will follow Tariq as he finds a path in life, “in which his desire to shed his father’s legacy comes up against the mounting pressure to save his family.” Power Book II: Ghost will premiere in September, the first of four planned offshoots of the original series.

Press PLAY on the video below to watch the trailer, then hit the comments immediately with your thoughts!