THE SHOW | Stateless (on Netflix)

THE PERFORMANCE | Stateless is problematic in how it uses a well-off white woman as an “entry point” to its harrowing tale of an immigration detention center in the Australian desert. That said, the crucible endured by Strahovski’s Sofie Werner — a character inspired by Cornelia Rau, a real-life Australian who was unlawfully detained for 10 months in the mid-aughts — fueled a fine performance that cannot be discounted.

A flight attendant whose life is steered off course by her experience with a cult, Sofie experiences so much over the mini’s six-episode run. And yet within the very first hour, she suffers some of her biggest setbacks, each rendered all the more heartbreaking by Strahovski’s committed turn. From go, we felt the unease with which Sofie sat through a visit home during a layover. Repeatedly badgered by her mother to settle down, like her sister Margot, Sofie felt she had no choice but to flee, out a bathroom window. When next we see her, Strahovski conveyed that a switch had been flipped, as Sofie is empowered by the mantras of lifestyle gurus Gordon and Pat (played by Dominic West and series EP Cate Blanchett).

The first breakthrough for actress and character comes soon after, when Gordon coaxes Sofie to admit the true nature of her parents’ disappointment. “They want me to be Margot!” she sobs. “Go on a date, Sofie! Wear this stupid apron, Sofie! Have a baby, Sofie!” she bleats, mimicking her mum. “Be who we want you to be!” When Strahovski hunches over, exhausted by the share, we are as breathless as she.

Counseled by Gordon to be who she wants to be, Sofie puts the advice to use, telling a concerned Margot, “Do you know why I don’t return your calls…? You and mum are always judging me, telling me what to do.” Yet when left to her own devices, she declares, “I’m alive, and I feel things inside.” Margot, meanwhile, is “dead inside,” Sofie contends, coldly. “And when I’m around you, I feel dead inside, too.”

That high would not last long. On the heels of an off-camera encounter with Gordon that we are left to wonder about for much of the series, Strahovski made clear that Sofie was quite spooked, staggering through a routine she fronted at a revue for the cult, er, dance studio. Clearly haunted by Gordon, who is sitting front and center, she ultimately wilted in place — earning not his concern, but public ridicule for poisoning the room with “negative energy.” When Gordon growled, “We’re done here,” we felt the blood drain from Sofie, before she scampered off into the night, and a day later stepped into the ocean… toward, unimaginably, an unlawful detention, where a whole other kind of transformation awaited character and portrayer. 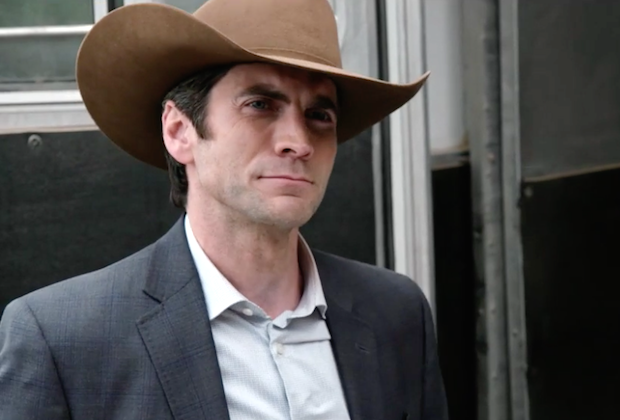 HONORABLE MENTION | Reader NMS hit the nail on the head Sunday, remarking after TVLine’s Yellowstone recap, “Shady Lawyer Jamie is definitely a more interesting TV character than ‘Why Won’t Daddy Love Me?’ Jamie.” And Wes Bentley took full advantage of that fact in “An Acceptable Surrender,” leaning hard into his character’s terrifying cunning as he sweat to keep from being implicated in a double murder. First, Bentley set Jamie’s temperature to frosty as he spoon-fed Agent Hendon a story to “recall” that would get him outta prison. Then he cranked the heat way up, exploding at the county attorney who’d set the wrecking ball swinging to remind him that this wasn’t his “f–king hobby.” Finally, in making an accomplice of a grateful dupe, Jamie oozed faux sincerity, earning Bentley our very real admiration. 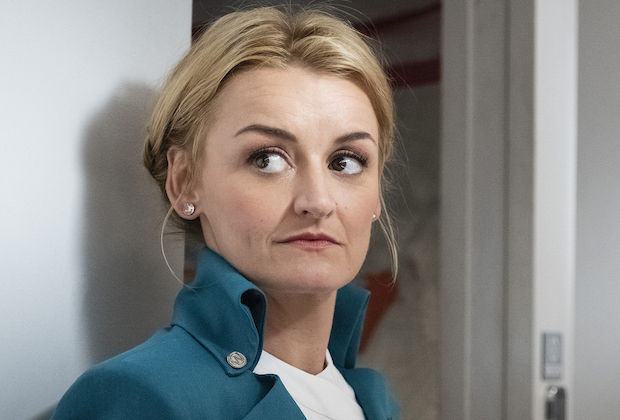 HONORABLE MENTION | “Never don’t meet your idols” is the lesson Snowpiercer‘s Ruth learned this week, setting the stage for a series of intense scenes from Alison Wright. “All that time…. How did I not know?” the hospitality vet marveled to Commander Grey, after learning that Mr. Wilford hasn’t been holed up in the engine all these years. Then, steeling herself, she declared, “I want Melanie to pay” for perpetrating the ruse — and you believed her. As Ruth confronted her colleague, Wright kept a stiff upper lip while asking, “All these years, were you laughing at me?” But then she leaned in with the far bigger question: “Did you kill him?” Tears darted down Wright’s cheeks as Melanie told a tale of Wilford’s selfish ways, and how she left him to die trackside as a result. But Ruth would not be derailed from her plan to punish. “You’re a filthy liar — and a murderer. Tomorrow, you will be executed.” Even on Snowpiercer, that was cold. 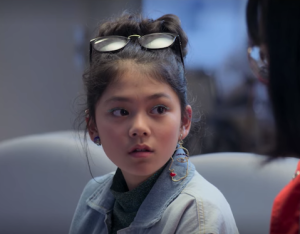 HONORABLE MENTION | Throughout The Baby-Sitters Club‘s first season, it’s easy to forget that Claudia Kishi is a pre-teen: From her eclectic wardrobe to her pop culture references, Momona Tamada imbues the club’s vice-president with an effortless cool that reads much older than she is. Also impressive: The actress’ ability to switch between that maturity and a wide-eyed, very age-appropriate worry, a feat she pulled off particularly well in Episode 6. Tamada did such a nice job of layering Claudia’s fear about her grandmother’s stroke and her shock at learning that that same relative had lived in an internment camp after the Pearl Harbor attack. The subtle performance packed a lot of heart — we can’t wait to see what Tamada does in (c’mon, there’s gotta be a) Season 2!