The Council of Dads convened one final time this Thursday, in the wake of a storm that did a real number on the Crab Shack, the Perrys’ home, and at least one person’s psyche. In the end, were fans of the cancelled NBC drama left with a good amount of closure?

Here is what happened/where things left off with Robin and the Council: 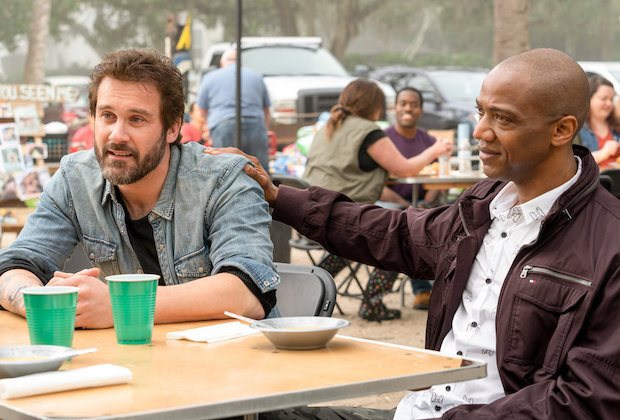 OLIVER
After delivering Sage’s baby boy during the storm, Oliver was ready to get the official adoption done with — but husband Peter had cold feet, worrying about raising a child with GSS. Oliver did his best to really hear Peter this time, while also noting that 1) the baby may not have the disease, and 2) even if he does, the future may bring about a cure. When the time comes to get the adoption done, Peter is nowhere to be found… until he rolls in with daughter Tess, to introduce her to her new brother and make clear to everyone he is on board. Oliver appeals to Sage to overlook this rocky moment for him and Peter, and she does, knowing that Hampton — as the tot will be named, in honor of Black Panther/activist Fred Hampton — is in the best of (if not “perfect”) hands. Added bonus: Hampton doesn’t have GSS!

ANTHONY
Well, for one, he got clocked by Theo upon showing up to rescue Robin and the teen from the storm-ravaged house. Later, after Theo winningly improvised a crab soup thing (using salvaged food stuffs from the battered, half-submerged Crab Shack), Anthony announced he was going to start a local cooking school, at which the lad could explore his passion. As for the Crab Shack itself, the Gladwell rep showed up to survey the great damage, then told Margot that the company was bailing on the eatery, choosing to erect condos on the site instead. Margot confided this bad news in Larry…. 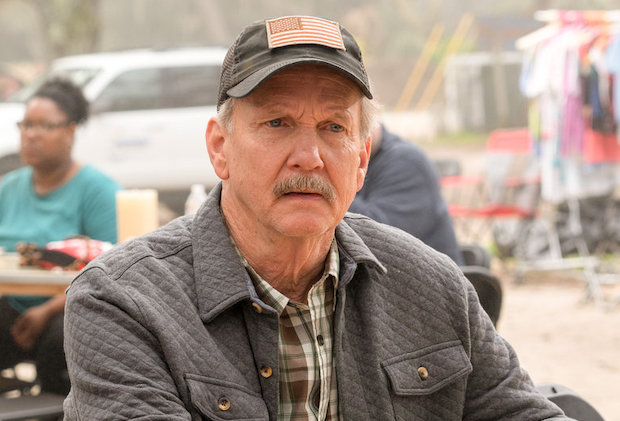 LARRY
Larry tracked down the Gladwell rep and made an impassioned but ultimately unsuccessful bid to have the guy change his mind. Utterly devastated, in part because he had vouched for Gladwell in the first place and saw the deal as one thing he did “right,” Larry started to but didn’t quite tell the others that Scott’s Crab Shack would never re-open. And for what would be the last Council meeting Robin calls, Larry was absent, having slipped off to a watering hole to order a vodka. (Though we only saw him cup the glass….)

THE KIDS
Luly’s article was not well-received by Robin, but she was able to convince her mom to let her continue editing for the paper a “Dear Dad” column featuring other kids’ similar stories, as long as she got the OK before spilling any more Perry secrets. Meanwhile, husband Evan got his first contracting job, after some neighbors during the storm sought safe harbor in his and Luly’s refurbished home … Theo and Anthony made amends after Theo shared that his college-bound girlfriend gave him the hook. Plus, you know, the whole crab soup thing.

ROBIN
Amid Oliver’s adoption drama, quarreling with Luly and refereeing the Theo/Anthony feud, Robin found some stolen moments with policeman beau Sam — who at one point “buried the lead” that he is in L-O-V-E with her. And despite the concerns Sam had, Robin did not freak out. Once Tybee Island was safely accessible, Sam led Robin to see the state of her house, which is still standing but will need a lot of work. In the course of surveying the damage, Robin spoke to Scott (whom “we” saw standing behind her), talking about how his Council idea has panned out… as well as opening up about her new relationship. Scott, though, will always be the love of her life, she avowed.

What did you think of Council of Dads‘ one-and-done run?