This fall is about to get a little super: Season 2 of Amazon Prime Video’s gritty superhero satire The Boys will premiere Friday, Sept. 4 with three episodes, it was announced during a virtual reunion panel hosted by upcoming guest star Patton Oswalt. A new installment will then debut every Friday until the season finale on Oct. 9.

The new season “finds The Boys on the run from the law, hunted by the Supes, and desperately trying to regroup and fight back against Vought,” per the official synopsis. “In hiding, Hughie (Jack Quaid), Mother’s Milk (Laz Alonso), Frenchie (Tomer Capon) and Kimiko (Karen Fukuhara) try to adjust to a new normal, with Butcher (Karl Urban) nowhere to be found.”

Over on the so-called superhero front, “Starlight (Erin Moriarty) must navigate her place in The Seven as Homelander (Antony Starr) sets his sights on taking complete control. His power is threatened with the addition of Stormfront (Aya Cash), a social media-savvy new Supe, who has an agenda of her own. On top of that, the Supervillain threat takes center stage and makes waves as Vought seeks to capitalize on the nation’s paranoia.” The rest of The Seven are made up of Queen Maeve (Dominique McElligott), A-Train (Jessie T. Usher), The Deep (Chace Crawford) and Black Noir (Nathan Mitchell). Get a sneak peek at Cash’s Stormfront (at 38:40) and the first three minutes of Season 2 (at 47:36) in the below livestream video.

The forthcoming episodes will also introduce Goran Visnjic (Timeless) as Alistair Adana, the mysterious and charismatic head of a shady church, and Claudia Doumit (Timeless) as congresswoman Victoria Neuman.

For those in need of a refresher, The Boys — adapted by Eric Kripke (Timeless, Supernatural) from Garth Ennis and Darick Robertson’s comic book — is about a group of superheroes known as The Seven, who abuse their powers and status. A group of vigilantes who call themselves The Boys make it their mission to expose truth about The Seven and Vought, the multi-billion dollar conglomerate that manages superheroes. The freshman run wrapped up with two major twists (spoilers, obviously!): The “hero” Homelander killed Vought boss Madelyn Stillwell (Elisabeth Shue), while vigilante Butcher discovered that his presumed-dead wife Becca (Shantel VanSanten) is alive, as is Homelander’s son.

Are you excited to find what The Boys are up to? Scroll down to check out the reunion video and official key art, then hit the comments with your hopes for Season 2! 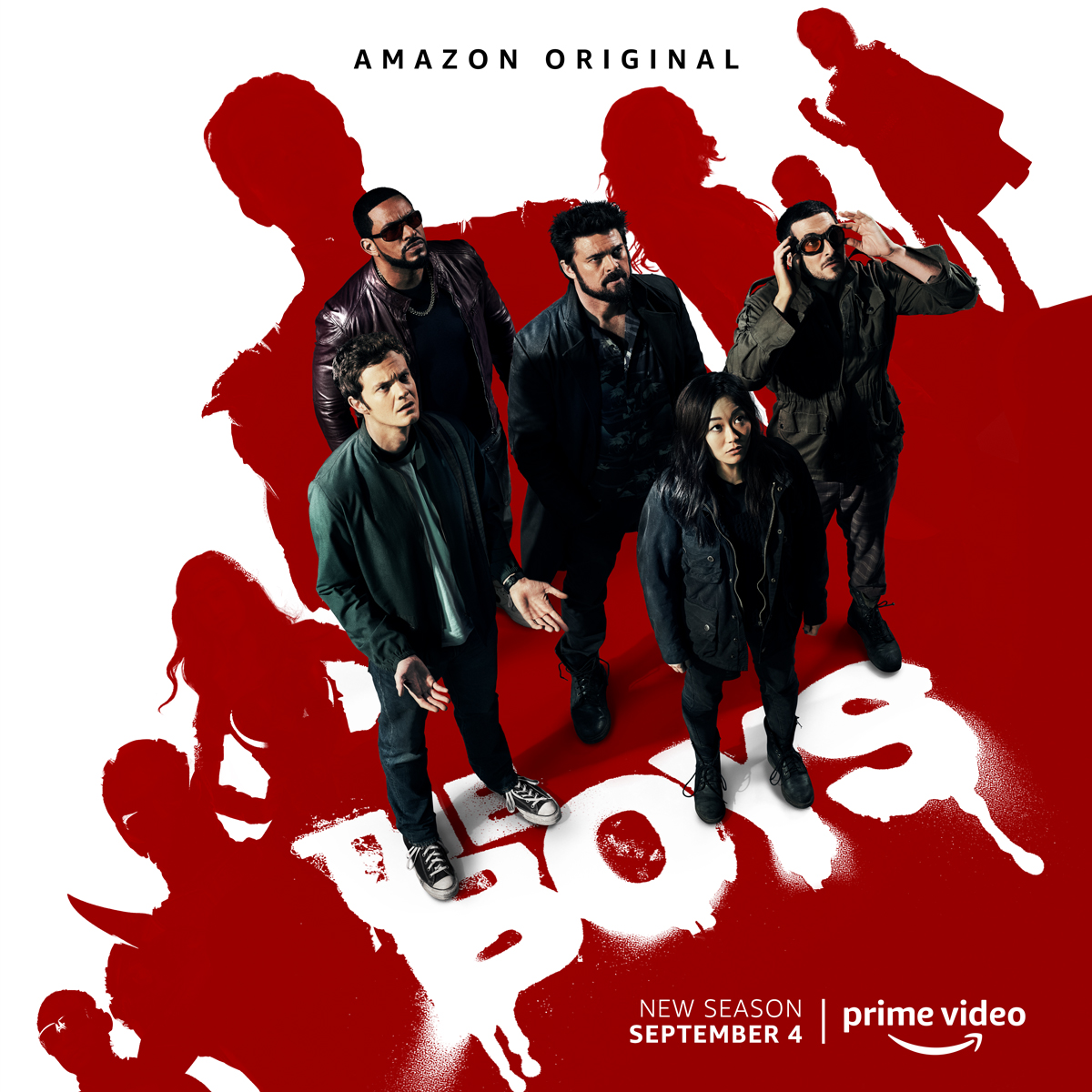