The UK crime drama Gangs of London has been renewed for Season 2 and found a Statside home, with new co-producer AMC.

AMC announced with Sky UK on Wednesday the Season 2 pickup, as well as the news that the 10-episode first season (which aired across the pond in April) will debut on AMC this fall for U.S. audiences. (Gangs of London was at one point a co-production with Cinemax, before the pay cabler dialed back its interest in original programming.)

Set in the heart of one of the world’s most dynamic and multicultural cities, Gangs of London tells the story of a city being torn apart by the turbulent power struggles of the international gangs that control it and the sudden power vacuum that’s created when the head of London’s most powerful crime family is assassinated. 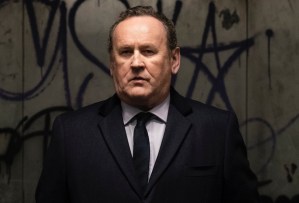 “Gangs of London is a cinematic thrill ride that set screens ablaze with a stellar cast, elevated drama and epic storylines,” Dan McDermott, President of Original Programming for AMC, said in a statement. “We couldn’t be more excited to raise the pulse of our audiences with this explosive crime series.”