We’ve got questions, and you’ve (maybe) got answers! With another week of TV gone by, we’re lobbing queries left and right about shows including Penny Dreadful: City of Angels, I May Destroy You, Love, Victor, Holey Moley andmore!

1 | TVLine reader Mikey asks, “How does Penny Dreadful: City of Angels‘ Maria not recognize Magda in her guise as Elsa? Does Magda throw up a glamour or conceal her appearance so Maria sees something different than we see?” 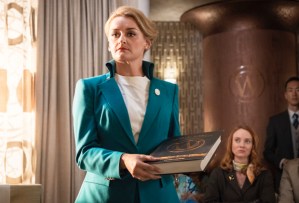 2 | Were you glad and/or surprised that Snowpiercer got Andre out of the drawer as quickly as it did? Also, a 1,001-car train doesn’t have anything resembling an actual meeting room, that they had to use the first-class dining car for the murder trial?

3 | How tense did you get watching the Insecure scene in which Issa, Molly, Kelli and Derek were questioned by a couple of white cops? And did you groan a little at the soapy twist of Lawrence’s ex Condola announcing she’s pregnant with his child?

4 | How did I May Destroy You’s Arabella (and, for that matter, Kat) find Alissa’s apartment based on Simon’s Lyft receipts, which would at most have listed his side piece’s street address? 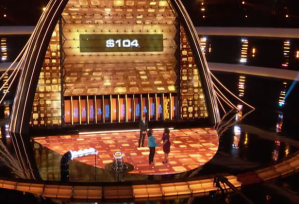 5 | When The Wall goes… the way it went this Monday night… should we worry that familial and friendly relationships may ultimately be compromised by the sign-or-shred contract decisions that are made?

6 | On DC’s Stargirl, what do you make of the creepy, Scottish (?) janitor who startled Beth in the school hallway?

7 | As excited as we are to see the 30 Rock crew together again, doesn’t this revival special-slash-NBC Upfront event sound like the kind of cynical, synergy-happy promotional vehicle Jack Donaghy would come up with? (Or is that intended to be the central, meta joke?)

8 | Were you disappointed that Watch What Happens Live!‘s Andy Cohen — who just weeks ago grilled Leslie Jordan about Debra Messing and Megan Mullally’s rumored Will & Grace feud — completely sidestepped the topic when Messing herself dropped by this week? 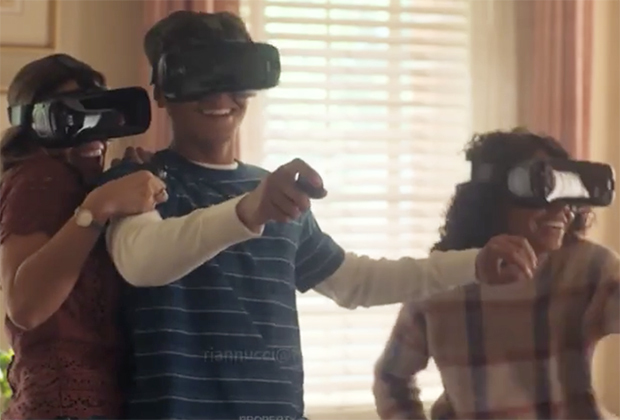 9 | Were you shocked when you realized Love, Victor‘s Lake is played by The Real O’Neals‘ Bebe Wood, all grown up? Also, since the show established that Victor’s parents aren’t particularly wealthy, are we really to believe the Salazars can afford not one, not two, but three VR headsets? And are Mia and All American‘s Layla practically the same character (sad rich girl with absentee dad all alone in her mansion)?

10 | Actually, would Agents of S.H.I.E.L.D.‘s Deke have any driving experience? As a tech mogul in the age of Uber, would a transplant from a dystopian future have bothered to learn during that year that passed betweens Season 5 and 6? Also, is anyone truly worrying that Enoch, A Chronicom Scorned will haunt the team in an upcoming era? 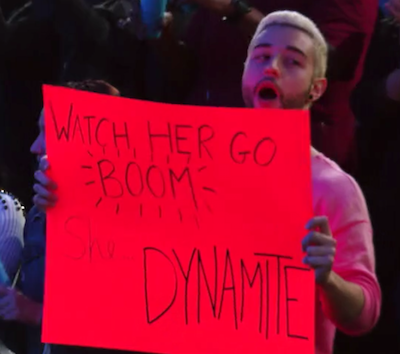 11 | How much (i.e. little) time do you think the Ultimate Tag audience members spend on their signs? (Are they handed a marker and posterboard one minute before air time?) Also, based off the lip they were giving each other, did anyone want to see Seany and Dynamite really duke it out on the playing field?

12 | Why does The Bold Type‘s Richard still have a keycard if he no longer works at Safford? Or did he swipe Sutton’s?

13 | Where/when was Holey Moley Season 2 filmed that Josh Duhamel and his posse were in floor-length fur coats, and much of the gallery had on knit caps?

14 | To pick up on last week’s initial Don’t grievance, can we now agree that Ryan Reynolds is commentating about 20 percent too often? Why do most of host Adam Scott’s gameplay instructions seem dubbed in? And can we at some point get a family that isn’t straight out of Over-the-Top Central Casting? (Ooh, maybe one with an actual kid/teen?)