The following contains spoilers from the third episode of DC’s Stargirl.

For a superhero series whose calling card is being “family-oriented, fun and colorful,” DC’s Stargirl this week chillingly established, three episodes in, that the stakes are very real for the newly empowered Courtney Whitmore.

By sidelining Brainwave aka Henry King Sr. with a cosmic staff-induced coma, upstart hero Courtney (played by Brec Bassinger) unwittingly nudged Injustice Society leader Icicle aka Jordan Mahkent (Neil Jackson) to come to town, to neutralize this new threat. In his first face-off with Stargirl, Icicle failed to careen a school bus off of an iced-over bridge, but he nonetheless fired off his first “warning shot” to the star-spangled newcomer by putting high schooler Joey Zarick in the path of an out-of-control pick-up truck.

Later, when Joey’s bereft father, William Zarick aka The Wizard, fetched his wand and came after Jordan, he was immediately, quite literally, and fatally, frozen in his tracks by the ISA’s leader. Brrr, talk about having ice running through your veins! 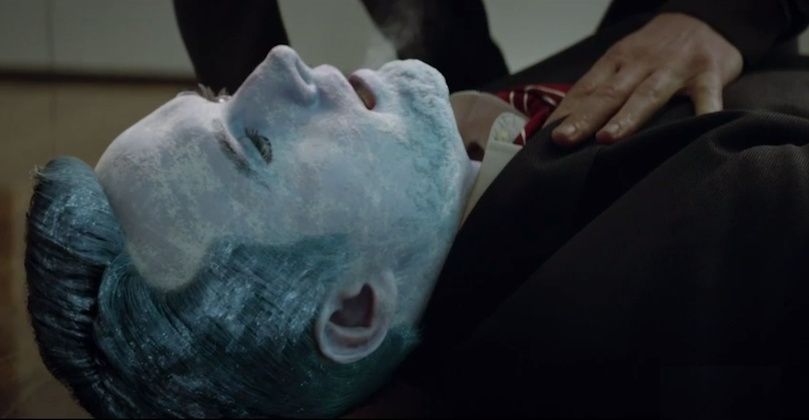 The shockingly quick send-off for an ISA member, coming on the heels of teenage Joey Zarick’s tragic fate, was quite a double whammy for the otherwise bright-n-bubbly show. So we asked Stargirl creator/series co-showrunner Geoff Johns, was that the darkest episode people can expect from Season 1 of the series? 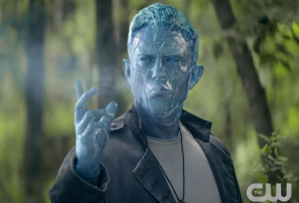 “I think that’s close to the darkest,” Johns said, after giving the question careful consideration. “I mean, other episodes deal with more emotional things, and there are a couple twists and turns coming up, but that episode is pretty dark. And that’s by design, too. For Courtney — and for everyone — it’s a reminder that this is not a Saturday morning cartoon.”

As Johns previously told TVLine when we pointed out how seeing grown men whale on a teenage girl could discomfit some viewers, “We didn’t want to shy away from the dirt and the blood at times, because we do want the stakes to be real. We want the emotion to be real. We try and present a world that is different and heightened and a little timeless in a way, but the stakes have to be real, not just physically but emotionally.”