Mo Monroe can talk his way out of any situation… but can he evade the FBI?

That’s the question posed in a new trailer for Black Monday‘s remaining Season 2 episodes, which will get underway in June. 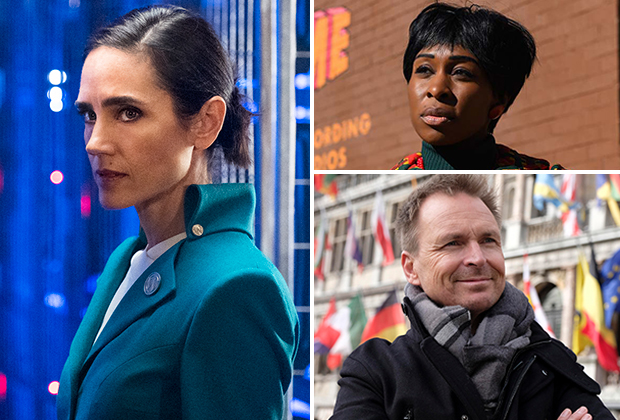 As you may recall, both Black Monday and Billions are splitting their current seasons in response to the coronavirus pandemic. Black Monday last aired on April 12 with the sixth episode of Season 2, while Billions‘ summer finale airs on June 14.

As shown in the exclusive trailer above, FBI agents seem to be closing in on not only Mo, but Blair, Dawn and Keith, among others — and some unexpected alliances could be formed as a result of their brush with law enforcement. “I think I have the pieces to save all of us, but only if we’re all in,” Mo warns.

Elsewhere in the promo, Blair and Tiff have some troubles of their own as Blair tries to publicly address his sexuality, while Dulé Hill returns as Marcus Wainwright III, president of the African-American Scholarship Fund, who first appeared in Episode 6.

Black Monday returns on Sunday, June 28 at 8/7c on Showtime. Watch our exclusive trailer for the remaining episodes above, then drop a comment with your thoughts!