It’s an election year, so naturally The Politician is coming back for another campaign.

Season 2 of the Ryan Murphy-produced satire will premiere Friday, June 19 on Netflix, TVLine has learned. The sophomore season picks up after a time jump teased in the Season 1 finale, with former high schooler Payton Hobart (Ben Platt) now attending college in New York City and challenging longtime incumbent Dede Standish (Judith Light) for a seat in the New York State Senate. “Dede’s re-election was supposed to be easy,” per the official description, “but Payton — who sees this as the next step on his path to the Presidency — must decide what kind of politician he ultimately wants to be in order to succeed, even if that means exposing secrets, lies, and a throuple.” (Yes, you read that last part correctly.) 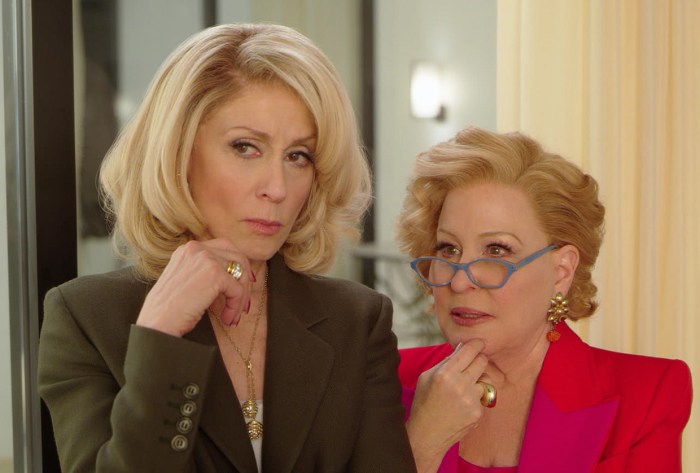 Bette Midler co-stars as Dede’s chief of staff Hadassah Gold, with Gwyneth Paltrow reprising her Season 1 role as Payton’s mother Georgina. Co-stars Zoey Deutch (Infinity), Lucy Boynton (Astrid), Julia Schlaepfer (Alice), Laura Dreyfuss (McAfee), Theo Germaine (James) and Rahne Jones (Skye) will also return for Season 2, as we can see in the first-look images released by Netflix. Check out the gallery to the right — or click here for direct access — for a first look at The Politician Season 2, and hit the comments below to share your thoughts and predictions.