THE PERFORMANCE | Jesus H. Roosevelt Christ, Outlander‘s Season 5 finale was hard to watch. The hour witnessed the savage gang rape of series heroine Claire Fraser, who fought her attackers bravely but ultimately had to mentally escape to a daydream in order to survive her trauma. It also occasioned some of the finest work Balfe has done on the series to date.

For the first part of the hour, Balfe was in fiery — if familiar — form as Claire railed against her kidnapping. She argued. She pleaded. She attempted to convince the gang of thugs that she was a witch — all with Balfe’s eyes shooting sgian-dubhs as Claire seethed. The actress was incandescent, lit from within by Claire’s indignation over the violence perpetrated against her, and it was gorgeous.

Balfe’s portrayal of Claire’s fury provided the perfect counterpoint for later in the episode, when she was forced to succumb to unspeakable, repeated sexual assault. During the rape, the camera stayed on her Balfe’s tear-washed face, which broadcast Claire’s horror and hurt even more clearly than any dialogue would have. The actress quietly whimpered. She stared, unseeing, into the middle distance. Paired with the violence happening to Claire at the time, Balfe’s muted reaction was incredibly effective.

The end of the hour, however, was Balfe’s tour de force. We’re still not sure exactly how she played Claire as both so fragile (that body-wrenching sobbing outside the bedroom door) while somehow so resilient (the absolute conviction in her voice as she declared that a violent man’s whims would not end her).  All told, we don’t need to be time-travelers to know that if Balfe is robbed of an Emmy nod (yet again) there will be rioting in the streets. 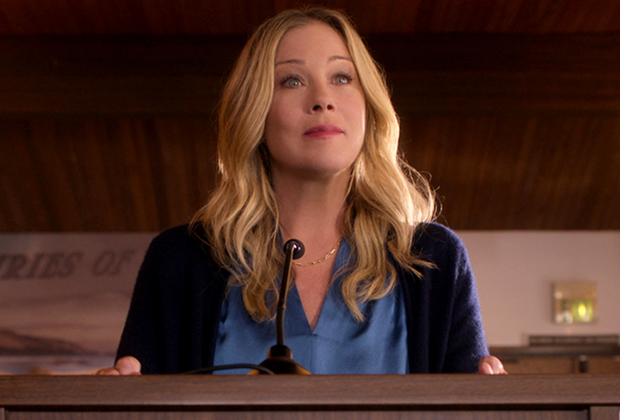 HONORABLE MENTION | If you’ve binged Dead to Me‘s entire second season (spoiler alert for those who haven’t!), you probably remember Episode 9 best for the closing emotional breakdown that Christina Applegate‘s Jen had in her garage (followed by Judy’s own stunning outburst). But that gut-wrenching scene — one of many Season 2 moments where Applegate masterfully conjured waterworks — was only a sliver of the range she showed in the penultimate outing. Elsewhere in the episode, she showcased her comedy chops, tiptoeing off to Jen’s bathroom for a hysterical, expletive-laced meltdown about her tryst with Ben. Then, at a city council meeting, Applegate was fiery yet restrained as Jen pleaded for a crucial stop sign installation. It’s safe to say Steve Wood wasn’t Jen’s only victim this season; the woman who plays her slayed us, too. 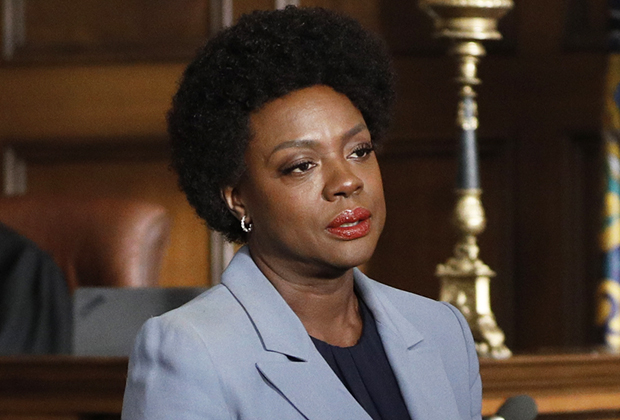 HONORABLE MENTION | Viola Davis‘ Annalise Keating has delivered her fair share of stirring monologues during How to Get Away With Murder‘s six seasons. And yet, Annalise’s closing arguments in Thursday’s series finale might have been her best speech ever — not only for its high stakes, but for Davis’ astonishing delivery. What started as a quiet, measured argument to the jury built to a passionate crescendo over three-plus minutes, until Davis’ lips were quivering with emotion as Annalise listed her many qualities — strengths and flaws — to the 12 people deciding her fate. Simply said, she killed it. 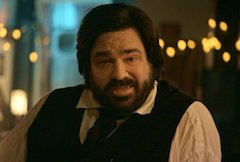 HONORABLE MENTION | The Force was strong with What We Do in the Shadows when a visit from Mark Hamill — as Jim the Vampire, whom Laszlo long ago cheated out of beach house rent — brought on Matt Berry‘s most entertaining performance to date. To evade Jim, Laszlo retreated to Pennsylvania (sounds like Transylvania, kinda) and disappeared into the persona of Jackie Daytona by… chewing a toothpick. Almost instantly, Jackie was smitten by the simple locals, and quite specifically in love with the women’s volleyball team. Here, Berry mined brand-new territory, with Jackie becoming a most engaged booster — to the point that he hosted a fundraiser to send the gals to the all-important state tourney. Berry’s face-offs with Hamill himself, meanwhile, were comedic gold, as Laszlo repeatedly feared being found out, and even more so once the jig/toothpick was up. Hilarious, was he. 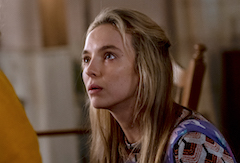 HONORABLE MENTION | Killing Eve‘s Villanelle went back to her Russian roots this week, and Jodie Comer showed us a previously unseen side of the icy assassin: a human one. At first, Villanelle was befuddled by her jovial Russian family, and Comer hilariously played up her confusion, studying their habits like an alien encountering a new species for the first time. She was eventually won over, though, and it was beautiful to see Villanelle let go and enjoy herself for once. But the trip home stirred up some long-buried trauma, and Villanelle confronted her mother Tatiana for abandoning her at an orphanage, as Comer’s voice quaked with an almost unbearable vulnerability. The final grace note: that last shot of Villanelle alone on a train, rocking violently to music in her headphones, like she was trying to purge all those bad memories once and for all. Comer is always compelling as Villanelle, but her powerfully intimate work here kept us more riveted than a thousand stylish murders.