Warning: Consider the alarm sounded — the following contains spoilers for Station 19’s Season 3 finale. If you’ve yet to watch and want to be surprised when you do, drop this interview like it was hot.

Whoa. The Season 3 finale of Station 19 was so filled to brimming with game-changing plot twists that it could take until Season 4’s premiere to unpack it all. (Click here to read TVLine’s detailed recap.) That is, it could take until next season to unpack it all if you didn’t have showrunner Krista Vernoff on speed-dial to help put it all in perspective. Here, the executive producer, who also oversees Grey’s Anatomy, sheds light on everything from Andy’s reunion with her “late” mother to Dean’s determination to keep crush Vic in the friend zone. 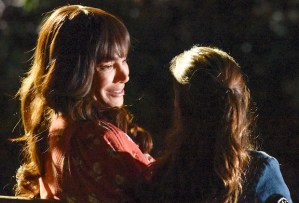 TVLINE | How long have you known that Andy’s mother wasn’t really dead?
Since the beginning of our conversations about Season 3. It was one of the first ideas we had.

TVLINE | Aside from massively, what can you say about how this is going to impact Andy?
[Laughs] I don’t know, aside from massively — massively massively? There’s so much unsaid, so much unknown. What happened? Why did her father tell her her mother was dead? What happened between [Pruitt and his wife] is such ripe, fertile ground for Season 4. We’re really excited to get into it. We know what happened, but Andy doesn’t.

TVLINE | Is her marriage to Sullivan salvageable after she left him at Grey Sloan to wake up from major surgery alone?
It seems bad, doesn’t it? That relationship has beautiful possibilities, but Andy was a mess all season. She said she doesn’t regret [marrying Sullivan] because her father got to walk her down the aisle… but [between Ryan and Pruitt’s deaths], she’s a wreck. That was our refrain in the writers room — Andy’s a wreck. She doesn’t know which way is up. Does that mean she’s not in love with Sullivan? No. She can be in love with Sullivan and be a wreck. The marriage could be both a perfect balm and a mistake. I’m not sure what it is yet. But for sure, she’s not been a good wife! [Laughs] 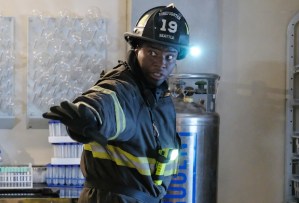 TVLINE | Why is Dean so much more willing to hurt Vic by pushing her away than just own up to how he feels about her?
I think that he is trying to be responsible to himself, to his daughter, to his friendship with her and to the firehouse. Dean is way less quick to break the rules than other people. He was raised with very strict parents who had very high expectations of him, and to cross that line with Vic would break all the rules and potentially screw up the whole dynamic at the house. And he has seen it happen!

TVLINE | A lot, actually.
Yes! So he’s trying to not be flippant, to casually destroy a friendship or a team dynamic. He thinks that he can compartmentalize and put Vic back into the “good friend” place. But we all know that going backwards is not usually successful, at least in Shondaland!

TVLINE | Tell me about Maya going forward. It feels like, now that her eyes have been opened regarding her father’s abuse, she might get to reevaluate a whole lot of harmful things that she took to be gospel.
That is exactly right. Maya was damaged and hurt as a child, and she bought into her father’s version of events, which was that she was not abused. So when a child is abused and a parent calls it love and support, the adult that that child becomes doesn’t know how to properly love or support. And we’ve seen that in Maya — repeatedly. We’ve seen it in the ending of her relationship with Jack, in the cheating on Carina when she insisted on telling Maya a truth that she wasn’t ready for, even in her friendship with Andy. So for me, Maya cutting off her ponytail and naming her feelings for Carina… it was just an exquisite performance by Danielle [Savre]. She had one take to cut off her real hair, and she did it so beautifully. And the vulnerability she played when she went to beg Carina to take her back — it really excites me to think about what her stories might be moving forward. 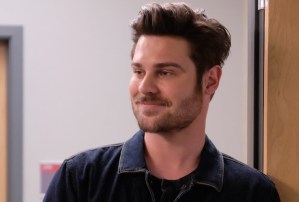 TVLINE | Was I right that, when Jack dropped by Marsha’s to see Inara and Marcus, he looked at Inara like maybe there were a couple of sparks flying?
It looked that way to me! I thought it looked like a lovely, familial connection. Whether this is Jack’s romantic life or just a family he’s built for himself, I’m not sure.

And now — argh! — we’ll have to wait until Season 4 to find out. Hit the comments with your hopes for the direction of Vernoff’s stories for Station 19’s firefighters.