Ahead of yet another big elimination on The Voice — four more singers get their mics unplugged in Tuesday’s Semi-Final Results Show — the Top 9 performed Monday as if their lives depended on it. Or at least like a showstopper might win them a chair as cool as Nick Jonas’ or a sip from Kelly Clarkson’s wine goblet (possibly the most impressive I’ve seen since Cougar Town’s beloved Big Carl). How did the vocalists I — and you — predicted would reach the finale fare? Read on; it’s recap o’clock! 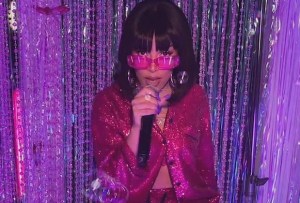 As the show got underway, we were treated to a peppy remote version of Sly & the Family Stone’s “Everyday People” sung by the coaches and the Top 9. Then, interspersed between our contenders’ fan-picked numbers were performances by Kane Brown (doing his latest, the earworm “Cool Again”), Doja “No Relation to Grumpy” Cat (her “Say So”) and Mega Mentor James Taylor (putting his own gentle spin on the classic “Moon River”).

Pivotally, Carson Daly shared that the top vote-getter from each team would advance to next week’s season ender, with the remaining vocalists vying for Tuesday’s Instant Save to make it into the Final Five, not the Final Four. Which sounded OK to me — more performances from the singers we’ve gotten to know and like, and at least a little less filler. And speaking of those singers that we’ve gotten to know and like… 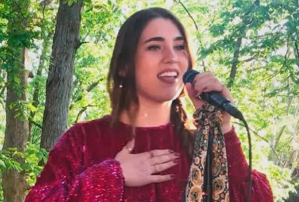 Joanna Serenko (Team Blake), “Lean On Me” — Grade: B- | Since Joanna had had to compete for the Instant Save last week, I feared that she had the deck stacked against her for her Semi-Final performance, which she dedicated to her half sister. Joanna’s rendition of the Bill Withers classic didn’t have a lot of dynamism to it, either. It was nice but not at all the kind of “wow” that seemed likely to take her to the Finals. “Your voice literally floats like a butterfly,” her coach told her afterwards. Here, it just sounded a teensy bit like a butterfly that was weighed down too much to really achieve takeoff.

Micah Iverson (Team Kelly), “I Will Follow You Into the Dark” — Grade: B | Singing a Death Cab for Cutie number dedicated to his coach, Micah demonstrated some cool control — there was a hint of gravel to his voice, but it was soft, like freshly poured rather than hardened and dried concrete. (Does that make any sense?) Beyond that, he kept an engaging emotional quality front and center throughout his performance, and only really got iffy when he went for the bigger notes toward the end. 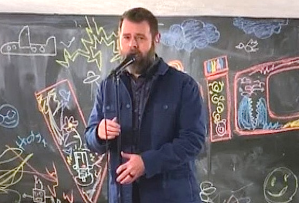 Todd Tilghman (Team Blake), “Love, Me” — Grade: A | After revealing that he was dedicating his Collin Raye cover to his brood, Todd hit the stage his kids’ playroom with a performance that was so heartfelt, it reduced him to tears (and made me think of Kenny Rogers). I’m not really even a Todd fan; his popularity has often bewildered me. But credit where it’s due: This was pretty flawless. Not for a second did the pastor’s raspy voice falter. If he sings half this well in the finale, he could walk away with the win. (And after this, I think he’s definitely finale-bound.)

Zan Fiskum (Team Legend), “Never Be the Same” — Grade: B+ | Damn! If Zan managed to hit the big note in her performance that she did during her Zoom rehearsal with her coach, CammWess wasn’t gonna be the finale shoo-in that I expected him to be. Oo, and when Zan started her Camila Cabello cover, she was dazzling, alternately ethereal and rocky. The song got a little same-y as it went on, even with Zan’s tweaks to the arrangement, but she finished strong (not quite as strong as she had in rehearsal but strong nonetheless). 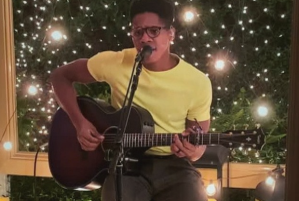 Thunderstorm Artis (Team Nick), “Home” — Grade: A | Dedicating his fan-picked song to his bride, Thunderstorm turned out a rendition of Michael Bublé’s hit that was so stripped-down, so intimate, so beautiful, it all but demanded that you stop what you were doing and pay attention. Like, it was so spectacular and passionate, I felt guilty for even hitting the computer keyboard to take notes. Here, you should listen to it for yourself. It was that good.

Megan Danielle (Team Kelly), “What Hurts the Most” — Grade: A- | While I figured Micah had a better chance of making it to the final than his teammate, this Rascal Flatts song was sure going to play to Megan’s strengths; it was made for that ache in her voice. She started strong, her tone full of the whiskey that she wasn’t even old enough to actually drink. And she stayed strong. But I feared that in the end, the number didn’t give her that one big capital-M moment that would put her over the top. Maybe it was enough that, as Kelly put it, her voice sounded like “if a broken heart tried to fly.” 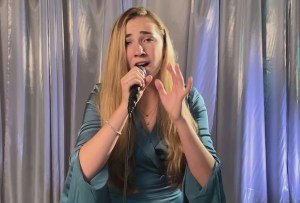 Allegra Miles (Team Nick), “Overjoyed” — Grade: A- | After Allegra told Nick that she was dedicating her Stevie Wonder cover to her grandma, she unleashed a vocal that was polished enough to see her reflection in. And it just kept getting bigger. Every time I thought that she couldn’t possibly have any oomph left to give her performance, she came up with more. She even managed to drown out the background sound effects of birds chirping. As good as she was, though, I still think it’ll be her, not frontrunner Thunderstorm, who’ll be singing for the Instant Save Tuesday.

Toneisha Harris (Team Blake), “Because You Loved Me” — Grade: B | Before Toneisha went on, I feared this performance would give me sugar shock; Celine Dion songs are awfully heavy on the syrup. But after dedicating the ballad to her No. 1 fan, her husband of almost 25 years, Toneisha managed to belt some life into it. I guess I shouldn’t have been surprised; her pipes are powerful enough to rattle sheetrock, after all. Still, this wasn’t the “Holy crap!” showstopper that she needed to stop Todd’s momentum.

CammWess (Team Legend), “Rainbow” — Grade: B+ | After John marveled at the care and attention that CammWess lavished on his work, and advised him to put some “stank” on his vocal, he took to the mic, singing for his little cousin. And his performance was solid — lovely, range-y and heartfelt. “Your voice is just honey butter,” his coach said afterward. For some reason, though, I wasn’t as gripped by this number as I had been by Thunderstorm’s similarly sparsely-arranged one. Good stuff, for sure… but maybe not good enough?

So, who did you think really stood out from the pack Monday? Vote in the poll below, then hit the comments with your predictions for Tuesday’s results.