It seems like only yesterday that The Voice’s red swivel chairs began turning for Season 18’s Blind Auditions. And yet already — OK, 10 weeks and a pandemic later — the finale is almost upon us.

Which singers will be the last four standing after next week’s semi-final sends another five contestants, metaphorically, home? Having re-listened to past performances and reviewed the voting in the polls that followed TVLine’s recaps, my predictions are as follows…

Thunderstorm Artis (Team Nick Jonas) | As reader Durham Bill put it following the playoffs, “just give him the damned trophy already.” Thunderstorm is the living, breathing embodiment of Just. That. Good. How John Legend let the season’s clear frontrunner get stolen by the rookie coach, I’ll never understand. 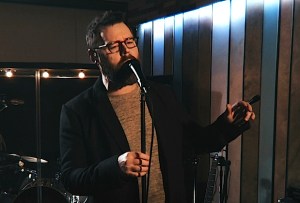 Todd Tilghman (Team Blake Shelton) | The Mississippi preacherman often gives me, “Aw, crap! Dad’s pulling out the karaoke machine again!” vibes. But the above-average Joe Cocker’s got a helluva voice, especially when he lets loose, and has connected with viewers better than did forerunners in his lane. (Looking at you, Season 14’s Pryor Baird.)

Megan Danielle (Team Kelly Clarkson) | The 17-year-old with the raspy, seen-it-all vocals had to be saved by her coach after the Playoffs, but I still think she stands a better chance of making the Final Four than teammate Micah Iverson. Yes, her performances can be a little raw and imperfect. But they’re also memorably, resoundingly genuine. 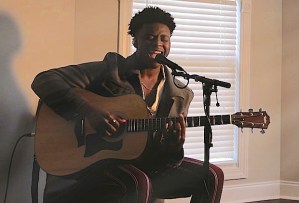 CammWess (Team John Legend) | Initially bounced back and forth between Teams Kelly and Legend, CammWess seemed like a good rather than great singer. But then came the Knockouts and a game-changing performance that not only made him a Final Four contender but a legitimate threat to Thunderstorm’s victory.

So, which singers do you think will make the Final Four? Vote in the poll below, then hit the comments with the names of the four singers that you want to make it to the finale.