We’ve got questions, and you’ve (maybe) got answers! With another week of TV gone by, we’re lobbing queries left and right about shows including All Rise, Riverdale, The Masked Singer and Blindspot!

1 | In Episode 7 of Hulu’s Normal People, did it smack of plot contrivance that Marianne attended an event for someone with whom she’d only had an antagonistic relationship? Also, have any actors ever undertaken a more intimate trust exercise than that sex scene in Episode 10? 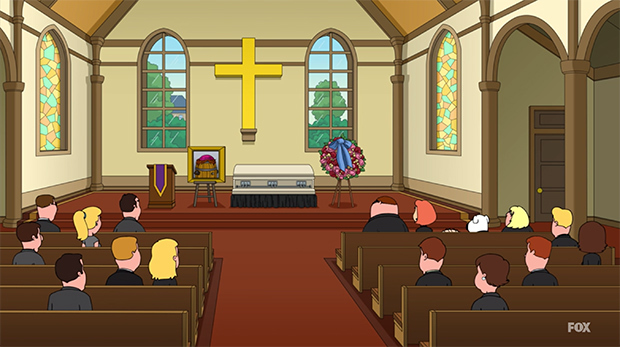 3 | On Family Guy, did Meg’s sparsely attended funeral in fact have a bigger turnout than you would have expected?

4 | Run‘s Ruby and Billy barely made their train. Since Fiona was busy spying from afar, how could she have possibly caught up with them?

5 | On Outlander, didn’t Jamie already burn the cross when he called his men to be in the militia? Or is there always a replacement one up on the bluff, ready to go?

6 | Any other American Idol viewers get misty-eyed at Phillip Phillips’ remote performance of “Home”? And how relieved were you when Katy Perry decided to take off that toilet paper costume, in favor of normal clothes, just a few minutes into the broadcast?

7 | Show of hands: Who wants Good Girls to kill off Rio, and who wants Beth and Rio to become equal partners in the spa store money laundering hustle? 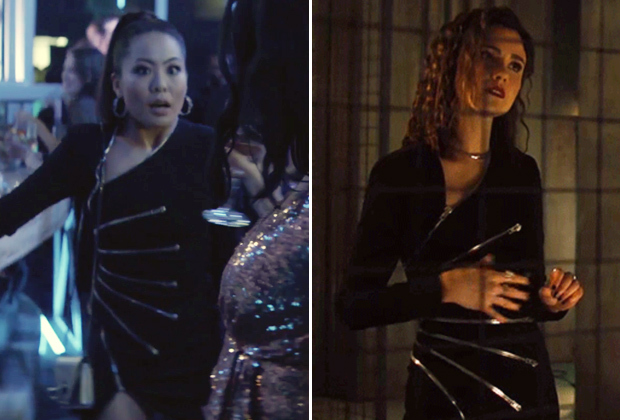 9 | On The Neighborhood, would a photo of a 10-year-old Dave posing with a Confederate flag birthday cake (which was later revealed to be Dukes of Hazzard-themed) have upset the locals to the extent that it did, nearly derailing his city council campaign?

11 | What exactly do you think All Rise‘s Mark needed to have “shipped” over to Amy’s, to later facilitate their… um… mutual pleasure?

12 | With The Bachelor: Listen to Your Heart‘s latest outing, did Brandon become one of the franchise’s most unlikable personalities ever?

13 | Should The Baker and the Beauty have a “This show will make you hungry” warning ahead of every episode?

14 | As wild as The Blacklist‘s half-animated episode idea is, is it even wilder that The CW’s comic book shows didn’t think to do this?

15 | Isn’t The Flash‘s Allegra somewhat right to be leery of the fiftysomething stranger who is trying to form a close connection with her, “doppelganger daughter-figure” factor or not? 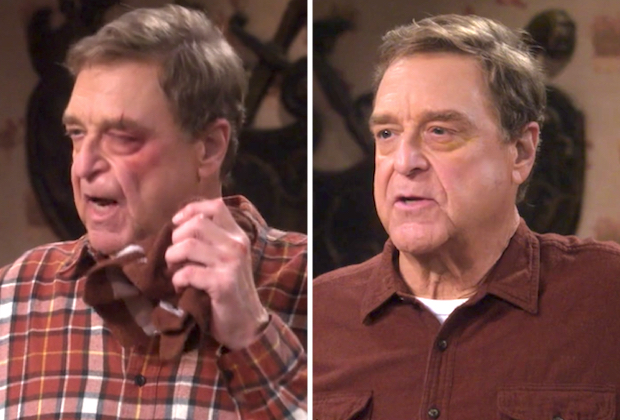 16 | Does The Conners want us to believe that Dan’s black eye magically healed itself overnight?

17 | On Riverdale, we realize it’s COVID-19’s fault, but still, didn’t the season finale feel oddly unsatisfying, since we didn’t get to see prom… graduation… or even a resolution to the videotape voyeur mystery? And on that last front, are you still suspicious of Betty’s brother Charles like we are?

18 | Masked Singer fans: If our current guess for Rhino — former Major League Baseball player Barry Zito — is correct, Ken Jeong’s very odd JAG riff during this week’s episode isn’t that far off base, is it?

19 | Will Survivor‘s Natalie win her way back into the game? If not, who will? Also, it’s clear Tony and Sarah are crushing it, but does Michele have a shot at the $2M?

20 | On The Challenge, how uncomfortable was it watching the Jenna/Zach drama unfold? And do you think Tori will get a shot at earning her red skull?

22 | Was it too much to hope for a “Wonderful World of Disney” movie night revival that dusted off the truly nostalgic likes of, say, The Computer Who Wore Tennis Shoes or Now You See Him, Now You Don’t? Accentuated by fun, new interstitials/commentary by former franchise poster boy Kurt Russell? 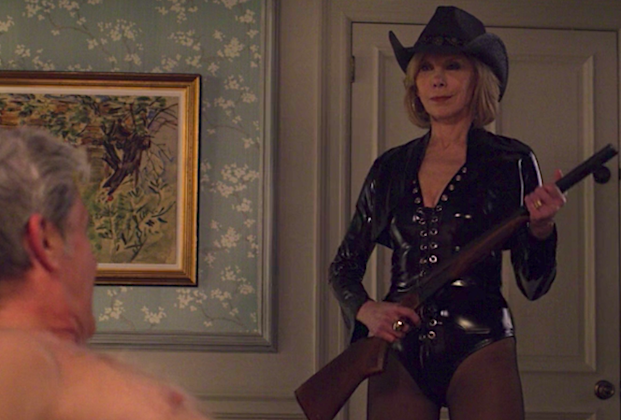 23 | After that closing scene in this week’s Good Fight, Christine Baranski has to make her next project a Western, right?

24 | Would Blindspot‘s Sho really have accepted a mere severed hand and an easy-to-stage photo as proof of death?

25 | Three episodes in, is NBC’s Council of Dads doing a better job of evoking This Is Us than ABC’s A Million Little Things?

26 | On How to Get Away With Murder, didn’t Annalise’s inner-monologue voiceovers feel a bit out of place?

27 | Could the Microsoft Teams commercial possibly be running any more frequently?? And is it just us or does the first guy sound like a Speak & Spell?