On this Tuesday’s Legends of Tomorrow (The CW, 9/8c), Zari’s mission to bring back her late brother leads her and unlikely ally Constantine to a 1910 boarding house, where the Encores aren’t the only ones creating conflict.

Below, star Tala Ashe previews Zari’s issues with the master of the occult and how her character is channeling her grief. Plus, the actress reveals which Queer Eye expert inspired Zari’s Season 5 makeover — and the catchphrase she snagged from him.

TVLINE | Coming off the last episode, how is Zari coping with Behrad’s death?
Internally, not well. She has some very strong exterior defense mechanisms, and she is trying to kind of push all the emotions down and solve the problem. Both versions of Zari are kind of problem solvers. This 2.0 is very much unwilling to dip too deeply into her emotions, at least at first, and just wants to solve the problem with Constantine, in this case. But no, she’s not handling it well. It’s devastating. Also, she does see a glimmer of hope in the Loom of Fate and has very much convinced herself that she will fix it and get him back.

TVLINE | When she confronted Constantine at the end of the last episode and said she, basically, wasn’t going to leave his side until he got her brother back, it felt like some of the old Zari was slipping through. How does meeting the other Zari shape her arc and her personality going forward this season?
It’s interesting, I don’t know when we get this opportunity in life… Maybe actually like in a dream, you see a version of yourself that is not the version that you are, and it can be kind of galvanizing and allow you to be like, “Oh, I’m actually maybe capable of a lot more than I realized,” and by going into the totem and having this kind of totem-trip [vision], she got to see that. In that scene that you’re talking about, it comes out of her in this way that’s kind of like strength and conviction that surprises her also. There’s also something kind of intoxicating about that that does drive her forward and… is really important in navigating her grief, too. 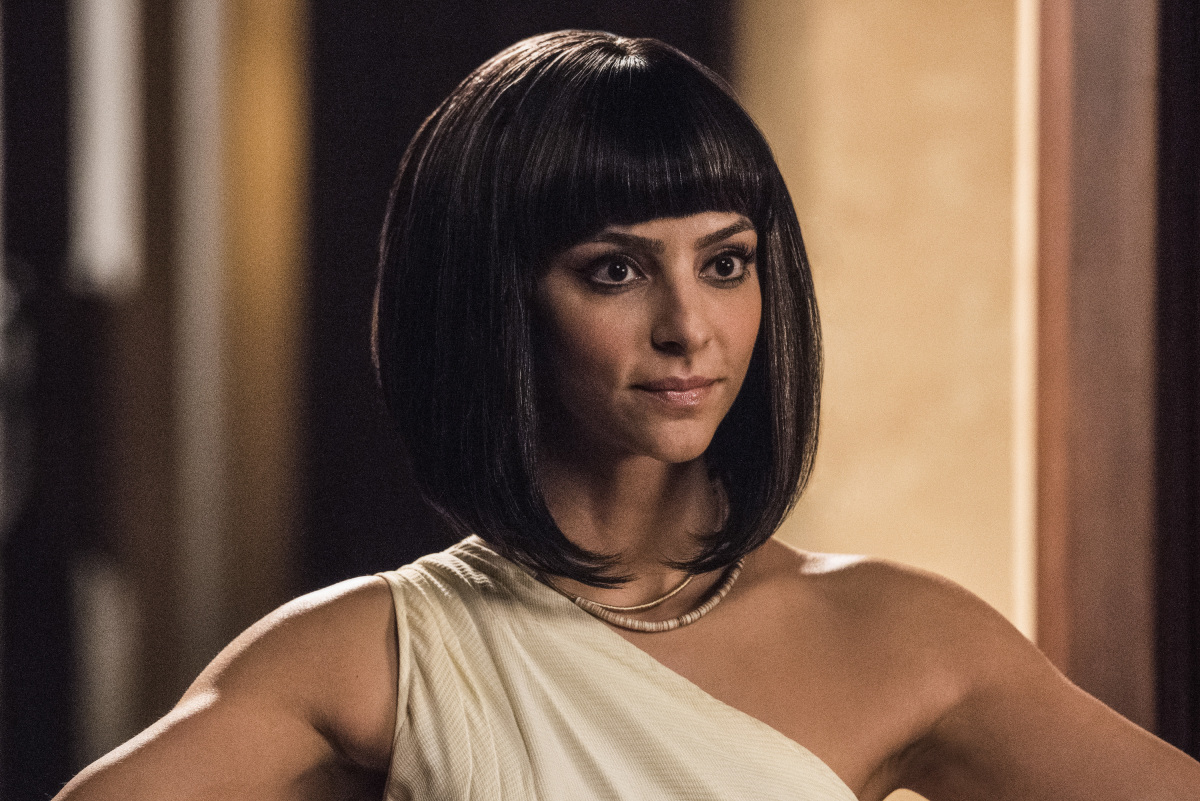 TVLINE | In this next episode, Zari and Constantine have a big storyline together. What’s the interplay like between the two of them?
There’s definitely a lot of friction between them. Zari, obviously, blames Constantine for Behrad’s death and also sees him as the key to getting the last ring to the Loom so that she can bring him back. But they do things very, very differently and have very different skill sets, and she has a really hard time with how much he underestimates her. By the end of the episode, that shifts a bit.

TVLINE | I find it really interesting that Zari 2.0 now has more knowledge about Zari 1.0 than Nate, the man who was dating her. Nate doesn’t remember her, but Zari now has met her and knows her.
Yeah, that is interesting, and, actually, we do tease that out. I think in the next episode, she does say, “I saw the other me,” and maybe he asks, “Did she ask about me?” and she says, “No.” It is interesting, and it’s really sad. Poor Nate, who in the last three seasons has lost two girlfriends and now two best friends in the course of two episodes. Poor Nate!

TVLINE | Given how revolving of a door the cast is, were you super relieved when you found out you were going to be back even though the old Zari was gone?
You know, it’s funny, I read the finale of the previous season, and I was like, “Oh, did I just get fired, and no one told me?” [Laughs] Actually, I got a call that day from [the producers] like, “We just want you to know that you’re obviously not fired! It didn’t even occur to us that you would think that.” I was like, “Oh, no, I didn’t really.” But yeah, I was grateful that wasn’t the final farewell to Zari. In a way, it was. This season, it was like starting from scratch in a really challenging and interesting way. I’m grateful for it, too, because as an actor, I’m always looking for challenges like that. 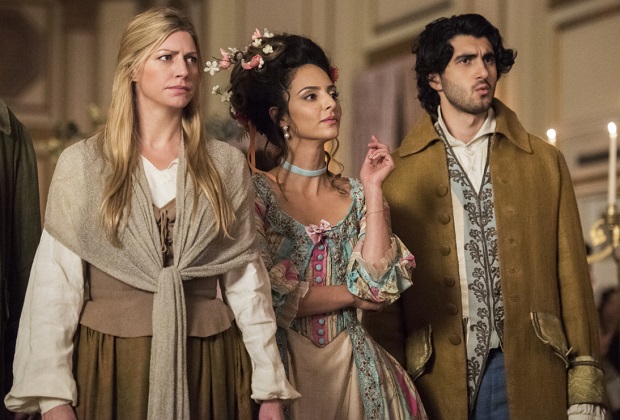 TVLINE | Zari 2.0 has been such a treat this season. Obviously, her dialogue is scripted, but what went into your process in terms of figuring out how she would speak, how she would carry herself, how she would move?
I watched so many hours of influencers and social media on YouTube, on television, reality shows. It’s stuff that I generally stayed away from prior to this. I put it all in my head, and there were a couple of strange inspirations that weren’t kind of the obvious choice. Jonathan Van Ness from Queer Eye actually ended up being an inspiration for me, because I love the way in which he is sort of fabulous, but there’s a lot of love behind [it]. He’s really a helper, and Zari 2.0 is actually a helper, too, once she’s able to kind of tone down her self-involvement. So I had a lot of stuff in my head. Quite honestly, I had to find her on my feet, and looking back at the episode in which she’s introduced, and even a couple after that, I sort of see my work. I know I’m my toughest critic, but I sort of see myself finding her, finding her voice a little bit more. I think it’s not until the Marie Antoinette “A Head of Her Time” episode where I really start to settle into the track that I’ve sort of continued on as the season has progressed. But honestly, it took a minute, and then finally it started to also be fun. And God bless the writers — they let me say a lot, and they keep a lot of my ad-libs, and I’m grateful for that. It just sort of comes out of me, and I’m like, “Oh, they’re going to kill me.” I started to get more and more of a sense of, “This is how she talks, and she says these words, but not these words.” They’ve been really lovely, and we sort of developed that together.

TVLINE | What’s been your favorite ad-lib that you got into an episode?
I stole it from Jonathan Van Ness, but “Spray, delay, walk away” was my idea. [Laughs]