We’ve got questions, and you’ve (maybe) got answers! With another week of TV gone by, we’re lobbing queries left and right about shows including Homeland, Legends of Tomorrow, S.W.A.T. and Will & Grace! 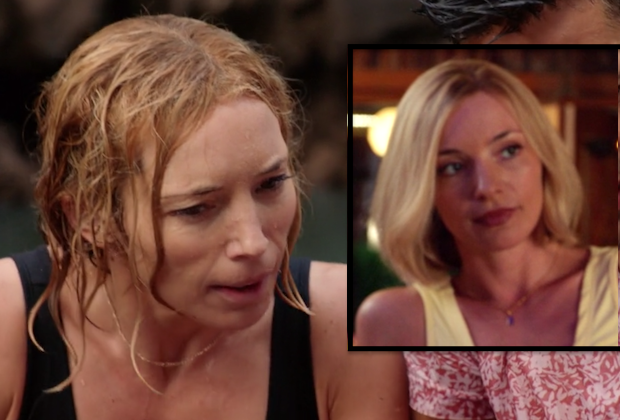 1 | On Magnum P.I., was Higgins’ shiny, sleek blowout a reward (for Perdita Weeks, even?) for going through almost the entire April 17 episode with wet, matted hair?

2 | On Good Girls, will Beth’s hitman actually get the job done? Could the show really survive without Rio? (Would we want it to?)

3 | Would Homeland‘s Carrie really be able to travel so freely after being released on bail for being an accessory to the assassination of the President of the United States? Between Criminal Minds and now Homeland, Ben Savage has made a small cottage industry out of playing Young Mandy Patinkin, hasn’t he? But did it kind of ruin the dramatic tone of the flashbacks to hear Patinkin’s voice clearly dubbed over Savage’s acting?

4 | Is Run‘s Billy some kind of sociopath? Why would he mess with Ruby’s credit card? And did the ending of Episode 2 creep you out a bit?

5 | Was it odd that Outlander‘s Roger seemed to have recovered his voice completely, except for when it mattered most? And was the buffalo incident the most egregious use of bad greenscreen in recent memory? 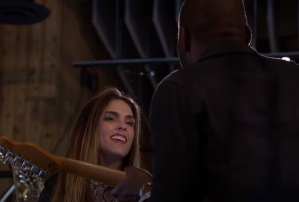 6 | For those watching The Bachelor: Listen to Your Heart, how much did you cringe throughout Chris and Bri’s impromptu love song to each other? Also, couldn’t ABC have sprung for a more romantic date location than a Guitar Center store?

7 | Why is The Baker and the Beauty‘s Vanessa so intent on winning back a man who rejected her marriage proposal and clearly doesn’t want to be with her?

8 | Did all you Vampire Diaries fans appreciate Roswell, New Mexico‘s Alex asking Travis (played by guest star David Anders) if his ring keeps him from burning up in the daylight?

9 | If Better Call Saul‘s Gus Fring really wanted Lalo dead, why didn’t he send the ever-reliable Mike Ehrmantraut to make sure the job got done the right way? 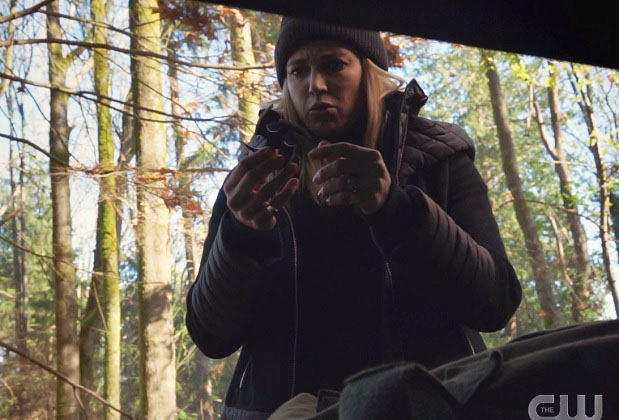 10 | On Legends of Tomorrow, wouldn’t the Supernatural weapons props that Sara grabbed from the Impala have been fake and useless?

11 | To TVLine reader Pat’s point, why would The Flash‘s Iris presume that long-isolated Eva would know of the city’s speedster superhero? Especially if Iris is unaware of her new friend’s secret ability to communicate with the outside world?

12 | While we wait for Empire‘s original series finale to (probably never) see the light of day, who do you think shot Lucious and blew of Cookie’s car in the unresolved flash-forward mystery?

13 | Is S.W.A.T.‘s Hondo TV’s worst boyfriend? Discuss! Also, did you suspect/were you hoping that Bonnie had seen/picked up the engagement ring after the shootout, and that’s why she appeared shook to Tan?

14 | Survivor‘s Tony had an impressive couple of days, but is it even remotely possible for him to get to the end? And how shocked were you by Sophie’s blindside?

15 | Regarding ABC’s flatlining Who Wants to Be a Millionaire? reboot, would instituting a time limit for each question inject much-needed energy into the proceedings?

16 | Let us get this straight: The Real Housewives of Beverly Hills and New York City were all at Fashion Week at the same time, yet Bravo didn’t think to give us a single crossover moment?! 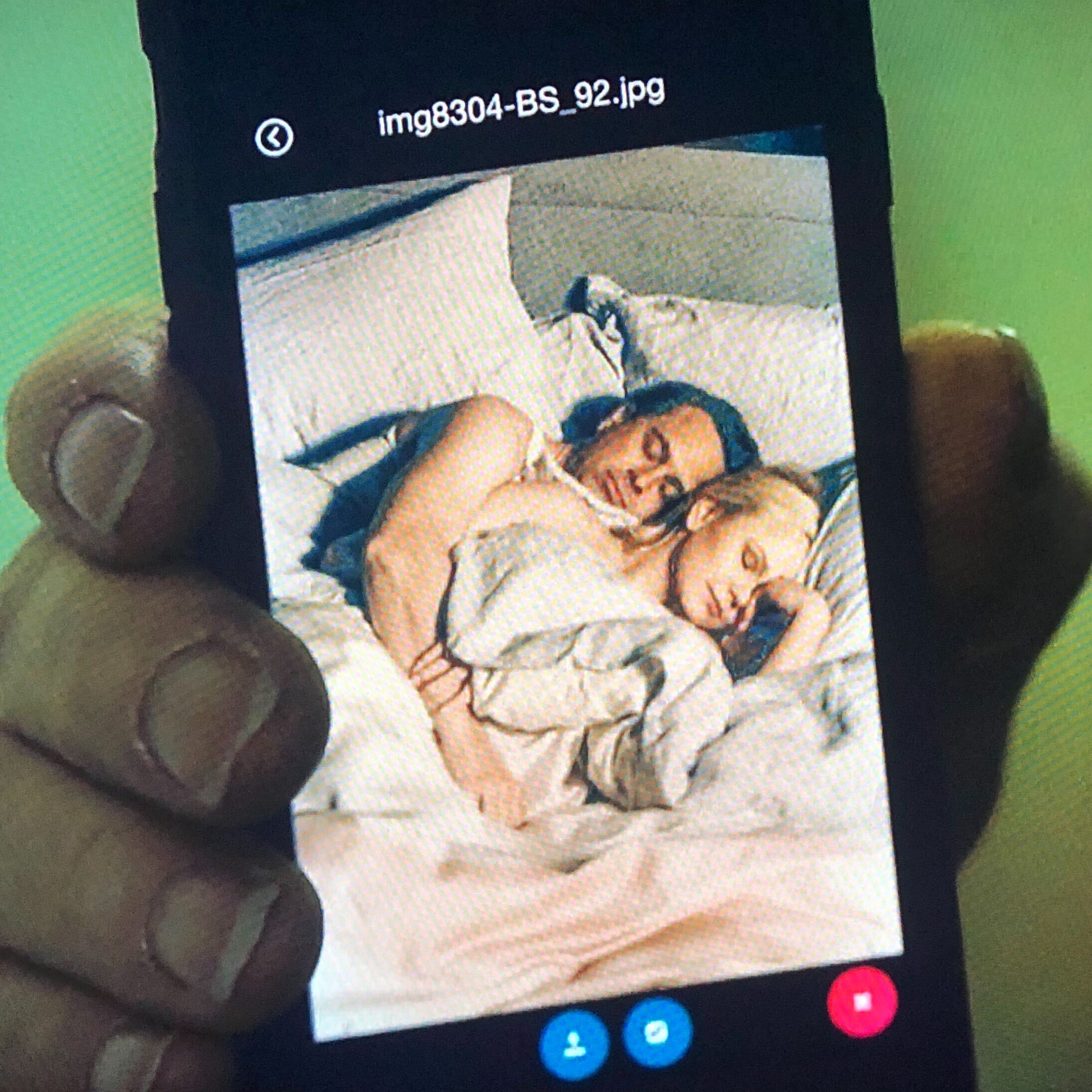 17 | What is going on in this Tommy photo, of Blake with Mayor Gray? Are they spooning across the width of the bed? Parallel to the padded headboard?! How does that even work?

18 | What did Better Things‘ Duke whisper into her dad’s ear? Will Xander ever become a more permanent fixture in his daughters’ lives?

19 | SVU kinda has to get Ian McShane back next season for Sir Toby’s actual trial, right?

20 | Did Will & Grace‘s (second) series finale feel more like a “see you later” than a full-blown “goodbye”? And is that because we all know this show is bound to get rebooted yet again in 20 years, this time with more of a Golden Girls vibe? 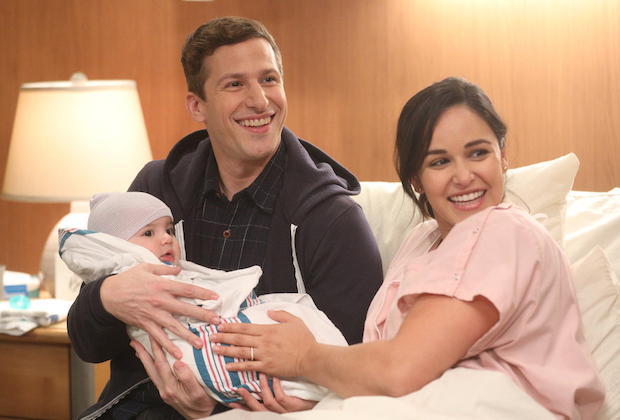 21 | Did Brooklyn Nine-Nine‘s Amy birth the largest newborn you’ve ever seen? And were any Chuck fans watching Holt and Terry dance to Salt-N-Pepa’s “Push It” immediately reminded of this Jeffster performance?

22 | Is literally the only downside to the Parks and Recreation reunion special that it’s only a half hour?  And do you think Leslie will forget to check in with Jerry?