Empire wrapped its six-season run on Tuesday with a final episode that carried with it a giant asterisk. Although billed as a series finale, the episode was actually an amalgam of the Fox drama’s antepenultimate and penultimate hours. The admirably assembled makeshift closer replaces the original swan song, production of which was, as you know, KO’d (or merely postponed?) by COVID-19.

The episode’s patchwork-y DNA was at times visible on screen, particularly in the overstuffed final 15 minutes that crammed in a breakup (Lucious and Yana), two major character deaths (Yana and Big Bad Damon Cross), the long-awaited premiere of the Hakeem-fronted Empire feature film, and the inevitable romantic reunion between Cookie and Lucious.

Just as noteworthy was what “Home Is on the Way” was missing, namely a resolution to the season-long flash-forward mystery involving the apparent deaths of Cookie and Lucious, via car bomb and gunshots, respectively.

According to Empire showrunner Brett Mahoney, the ill-fated 20th episode (aka the original series finale) was going to wrap up both cliffhangers, as well as bring resolution to a number of other dangling threads. The EP remains hopeful that the intended farewell will eventually be shot in order to “send the series off” properly. And if not? “I think we’ll find some creative way to get [the information] out there,” he recently told TVLine, “whether it’s by just releasing the script or finding another way to satisfy fans.”

In the meantime, fans will have to make due with the following Q&A, in which Mahoney drops hints about the OG finale while also answering our burning Qs about Tuesday’s ersatz closer.

TVLINE | We never got a resolution to the flash-forward tragedies involving Cookie and Lucious. Would that have been tied up in the original finale?
That’s what breaks my heart. In the [original] series finale all of that plays out. [We find out] who shot Lucious and who blew up Cookie’s car, and [if either one of them survived]. That [storyline’s conclusion] was a victim of COVID-19. I promise you that if we don’t get to film that episode we’ll get the [resolution] out there one way or another. 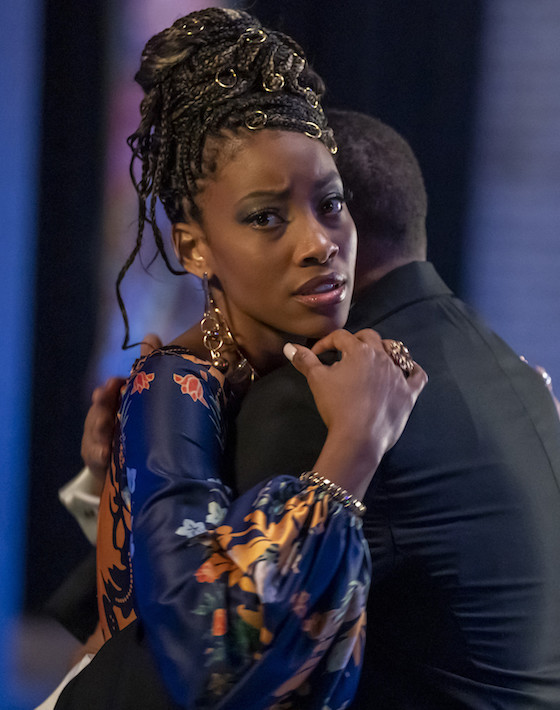 TVLINE | The fallout from Yana’s death felt rushed. Was that also due to the production halt?
Episode 18 [originally was supposed to] end with the death of Yana, which would’ve given [viewers] a week to [recover]. It would have felt less abrupt than her getting shot and then we [immediately] come back after a commercial break and we’re mourning her death. The beginning of Episode 19 would’ve [picked up] after her death and then the episode ended with the movie premiere.

TVLINE | Safe to say there was going to be a twist leading into Episode 20, the original finale?
Yes. Whenever we get to shoot 20, it will start with [the Episode 19 cliffhanger]. The [original] idea for 19 had us coming to this place where everything was good, and then [suddenly] that all gets turned upside down and they go on a journey [in 20, before ultimately] coming back to [that happy place]. But since we had shot this scene at the movie premiere, which [resembled the] spirit of the original finale, I [realized] I could build something [for the makeshift finale] with that [footage] and at least end it in the same spirt that we intended, in terms of Cookie and Lucious recognizing their love for one another, and the family coming together and realizing that the Lyons were more important than Empire.

TVLINE | We learned in a recent episode that Jamal and Kai were in the process of adopting a baby. Did they get a happy ending off screen?
There was a line that I cut out [of the episode] for time that said Jamal and Kai and the baby were happily living in London.

TVLINE | Did they have a boy or girl?
A boy.

TVLINE | Andre and Teri’s relationship appeared to be over. Would they have gotten back together in the original finale?
Teri has been through a lot with Andre so I’m not sure she can forgive him and welcome him back into her life. But I will say that Andre, after he decides to stay in New York, proves he is worthy and stable and he can be a father to his son. So the ending is that Andre will be able to raise his son and be in his life and be his father. 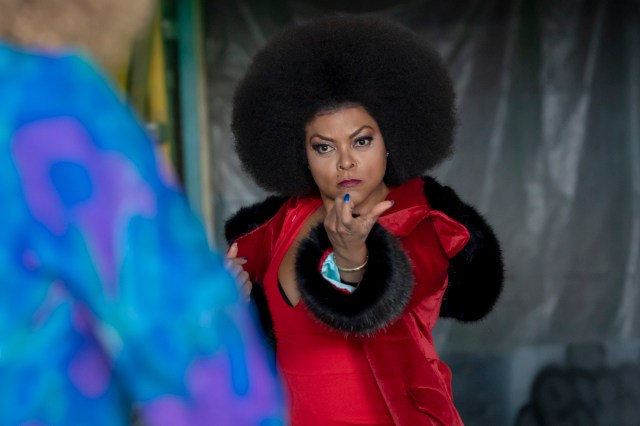 TVLINE | You kicked off the episode with a rousing, Cookie-centric ’70s blaxploitation homage. Was that a nod to Taraji P. Henson’s role in Proud Mary?
It wasn’t. It was [inspired by] a [2018] New York Times piece [“The Strong and Stressed Black Woman“]. We thought it tied into the story we were telling about Cookie, in terms of black women having to me superwomen, having to always be strong and not be vulnerable. They are three-dimensional people and, despite their strengths, they also have weaknesses and they also have vulnerabilities. And part of their journey is being able to show that. We were making this point in [Cookie’s] therapy session, and Michael C. Martin — who was one of the writers on the episode —  said something in the writers’ room. I don’t know if he actually brought up the Foxy Brown of it all, but I said that’s what we need to do at the top of the episode. We need a fantasy sequence with Cookie as a superhero.

TVLINE | Lastly, what is the status of the rumored Cookie spinoff?
I don’t actually know. I don’t have anything to do with any spinoff. But I would imagine [such a series] would be something people would be interested in. And I would imagine the studio and the network would want to explore that. But I don’t know where that is or what they’re doing.