For a second straight spring, JAG alum Catherine Bell will play a role in the NCIS: Los Angeles season finale, as Marine Lieutenant Colonel Sarah “Mac” MacKenzie hands Hetty’s team one of their most politically delicate assignments yet.

TVLINE | Look at you, closing out NCIS: LA for a second straight season.
I love it! I was so excited. And it’s the first time I’ve been back in the uniform in 15 years or so.

TVLINE | Yes, I saw your Instagram, and you looked quite excited.
I really was. The first time I guest-starred on the show, I thought I’d be in uniform, but as excited as I was to be back on, I was like, “Awww, I’m not wearing the uniform?” But [showrunner] Scott [Gemmill] assured me it would happen, because Mac is still a Marine; she was just working State Department kind of stuff [in last year’s finale/the Season 11 premiere]. 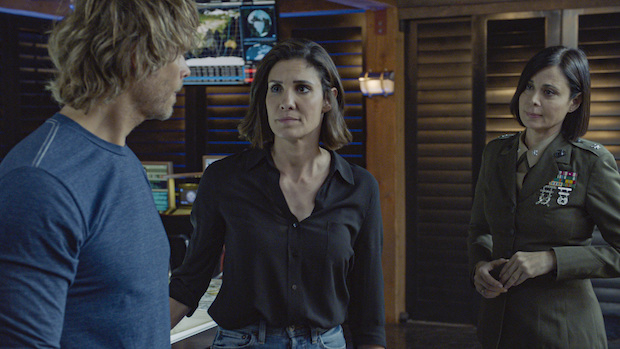 TVLINE | What makes this next appearance different for Mac?
Mac is back in uniform, as an NCIS special officer, to take on a very big case that the Navy is very interested in, involving a SEAL who may be having murder charges brought against him. It’s about a “SEAL gone rogue,” which is not good.

TVLINE | It’s very ripped-from-the-headlines.
It is, for sure. And we refer to that [Eddie Gallagher] case. Scott purposely said we’re not unpacking that case, because this is a different situation, but this situation is definitely bad news. So the guys go over [to Afghanistan] to check it out and it gets a little intense for all of us.

TVLINE | Given the serious charges at hand and the honor among SEALs, I imagine the case proves to be quite the political minefield.
Exactly. It’s definitely something that as a Marine, Mac is like, “Dude, what are you doing?” Mac is hoping it’s not true, but it does not look good as we start investigating. 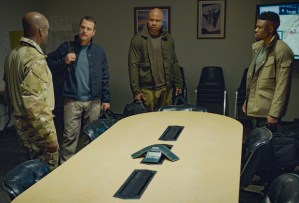 TVLINE | Is Mac’s role to make sure the agents don’t cross any lines while investigating, that I’s are dotted and T’s are crossed?
Yep, pretty much; that’s what these JAG lawyers are there to do. She knows the law really well, and consults with all the top political guys, because it is a minefield. She lets these guys know what they can and can’t do, until she at one point loses contact with them, which is of course very scary.

TVLINE | Though this NCIS: LA case is, as you said, its own thing, had you as a person followed the real-life Eddie Gallagher story?
For sure, for sure. This also reminded me of some episodes we had done [on JAG] back in the day. There are so many fantastic Marines and Navy guys, and 99.9 percent of them are of the utmost integrity and honor. But every once in a while, as with any area on planet Earth, you find somebody who has his own agenda.

TVLINE | Though this wasn’t planned to be the season finale (due to the pandemic shutdown, NCIS: LA came up two episodes short), does it end on any kind of cliffhanger?
Oh yeah, and it is intense. It’s quite an action-packed episode, and it makes for a fantastic finale. 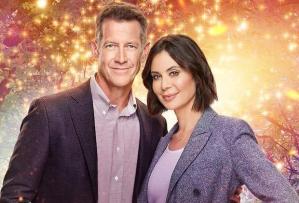 TVLINE | On a decidedly lighter note, turning to Hallmark’s Good Witch: Tell me about that fan base, because that show seems to get renewed pretty regularly, never with any real drama.
Gosh, it’s unbelievable. Good Witch started as a one-off Halloween Hallmark movie. I was on a break from I think it was Army Wives, we shot it in Toronto, and that was that. It did great, people loved it. And then we did another one, and then another one…. Literally, every year I’d have a hiatus from the show I was working on, and every year we did another movie. We did seven movies that way! And when Army Wives ended, Hallmark was like, “Hey, why don’t we do this as a series?” And now we’re at Season 6.

TVLINE | What’s the big hook for Season 6 (premiering Sunday, May 3)?
I am so excited for Season 6. We have a new character, Joy, played by Kat Barrell, who’s a fantastic actress. And I will say there’s a little more magic this season, a little more mystery…. It’s not “darker” — because it’s Good Witch, you’ll always feel good about yourself and the world after you watch an episode — but there’s definitely more magical things going on.

TVLINE | It sounds like Season 6 is rolling around at a pretty opportune time here in the world. A nice, light, fantastical diversion.
Exactly, exactly. I’m so glad we finished filming back in December, so we had this ready to go. It’s nice to have some of that right now.