As the last of the The Voice’s Top 28 of Season 18 performed Monday, the episode was suspenseful for a reason besides the usual “Will my favorite contestant advance?”: Following next week’s “Road to the Live Shows” special, the sing-off would indeed be going live for the Playoffs on May 4. When coach Blake Shelton stopped by The Late Show Starring Jimmy Fallon, he said that the producers have a plan to work remotely, but whatever, specifically it is, “it’s gonna be nuts.”

Which, in a weird way, sounds like fun, no? Personally, I’m just glad we’ll still get, in some form, our regular servings of the comfort food that The Voice is. You can watch Blake’s whole interview — and significant other Gwen Stefani giving him a haircut — below. Then keep scrolling, and we’ll discuss Monday’s performances. 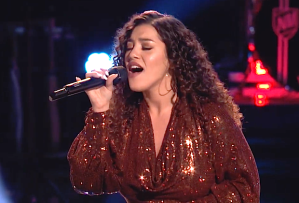 Team Legend: Mandi Castillo performing “Stand by Me” (Grade: C) defeated Thunderstorm Artis performing “Preach” (Grade: A-) — Thunderstorm stolen by Nick | Oh, wow — the night started with a Knockout that I figured was over before it began: Pitting Mandi against Thunderstorm was like pitting a drizzle against a thunderstorm. She sings prettily, but he sings pretty amazingly. Even though he was performing his coach’s song — John’s self-admitted “Achilles’ heel” — the VEGOSTMA winner was impressed. At showtime, Mandi sounded pleasant enough but maybe a bit like she was trying to make a run of any line of the Ben E. King classic that she could. The definition of “average.” Up next, Thunderstorm hushed the crowd from his first note on; he’s just someone that you have to shut up and listen to. The intimacy of his arrangement helped in that regard, too. He wasn’t even halfway through before I totally forgot that this had ever been supposed to be a Knockout. As far as I was concerned, this was just an extra opportunity to listen to a super promising singer. Somehow, Kelly said afterwards that she felt Mandi had tried harder. Uh, yeah, but who’d sounded better, Kelly? Wait, what the actual F?!? John gave the win to Mandi?!? Are you kidding me? This was bulls—. 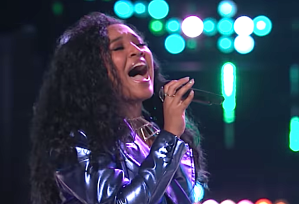 Team Nick: Arei Moon performing “You Don’t Know My Name” (Grade: A-) defeated Jon Mullins performing “Thinking Out Loud” (Grade: B) | In rehearsal with Mega Mentor James Taylor, Arei sounded so good, you could almost hear Jon’s stomach churning. When it was his turn to practice, he sounded strong and soulful but maybe like he was trying too hard. (See Hear also: Mandi.) His rendition was definitely paling in comparison to the Battles version that Britton Buchanan and Jaclyn Lovey once did back in Season 14. When the Knockout got started, Arei sounded as polished as the floor of a roller rink before your seventh-grade class was turned loose on skates. She went back and forth from raspy to baby’s-butt-smooth so often and so easily, you could’ve convinced me that she had a mic setting that allowed her to do it with the flick of a switch. Stepping into the spotlight second, Jon did sorta exactly what I expected him to: sang the whole song at 11. Dude seems as nice as a slice of pie when you’re sure the fridge is empty. And he has a fine, powerful voice. Still, I wasn’t sold on his overwrought rendition of Ed Sheeran. Apparently, neither was Nick. “Arei’s a superstar,” he said afterwards. Agreed. And Jon’s a likable fellow with a good voice. Big difference. 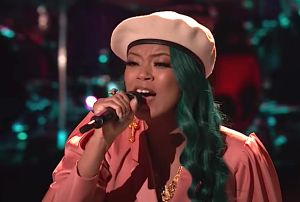 Team Kelly: Micah Iverson performing “Graveyard” (Grade: C) defeated Tayler Green performing “Time After Time” (Grade: B+) | Ooo, this promised to be a solid Knockout — I dug both of these singers. Stepping, in his own estimation, way out of his wheelhouse, Micah chose to cover Halsey. Kelly liked his version but wanted it to be even darker than it was. Thankfully, she also suggested that Tayler slow down her rendition of Cyndi Lauper’s hit to give her room to make it her own. First behind the mic, Micah sounded maybe a bit breathier than sure of himself. He gained steam as the song itself did — his strong suit is big, belty notes — but for the most part, his performance came off like a trial run. This Knockout was now officially Tayler’s to lose. I wasn’t crazy about the liberties that she took with that classic melody, but her vocal was so “on” for most of the number, it broke the knob and kept on going to “mega on.” When she was done, she even got a standing O from all of the coaches, who tried to gently say that Micah’s song selection hadn’t allowed him to do his best. As for Tayler, she communicated through music, Kelly said, in a way that reminded her of Annie Lennox. Somehow, Kelly and the show still thought that they should (could?) turn this into a suspenseful decision, so she asked for extra time to name Tayler the winner. Wait, whaaaat?!? Micah was the winner?!? No, Kelly. No, he absolutely wasn’t. The Voice is my comfort food, but damn, it was giving me indigestion Monday. 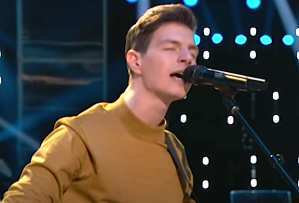 Team Nick: Allegra Miles singing “Chandelier” (Grade: A-) defeated Jacob Miller singing “Better Now” (Grade: B-) | In rehearsal, though Jacob admitted that he’d chosen Post Malone’s song because he thought it would be accessible to the widest possible audience, he needed work on his expressiveness, Nick said. After Allegra’s run-through dazzled, her coach suggested that, hard as it was, she try and pay a little extra attention to her enunciation; consonants are your friend, Allegra! Singing first, Allegra looked supremely poised, like she knew what she was doing, but there was a casualness to her vocal that at times made it seem like she was reciting poetry off the top of her head (andrunningallthewordsintooneanother — consonants, Allegra! Consonants!). Still, her pristine big notes and deft handling of the word “chandelier” anytime it came up seemed likely to have secured her the win. Jacob was good, too, and eventually brought an apropos rawness to his cover. But he didn’t have a showstopper moment like Allegra did, so this one would’ve seemed like a no-brainer if it hadn’t been the kind of night where the coaches made the wrong decisions as often as the right ones. 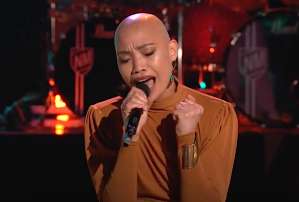 Team Blake: Toneisha Harris performing “Diamonds” (Grade: A-) defeated Cedrice performing “Love On the Brain” (Grade: B-) — Cedrice stolen by Kelly | In rehearsal, Blake explained that he’d paired Toneisha and Cedrice because they’d both chosen to cover Rihanna songs. If they wanted to drive in the same lane, he had to figure out whose car was faster. From the get-go, I had a feeling that Cedrice had bitten off a lot more than she could chew. Even if I didn’t compare her rendition to Chris Blue’s (for me) iconic one, I just didn’t think that she had the chops to do the number justice. Also working against her: Toneisha’s voice is a mountain, Cedrice’s is more of an anthill with aspirations. Toneisha so wowed her Mega Mentor that he likened her abilities to those of Aretha Franklin. On stage, Cedrice acquitted herself admirably. Besides being captivating to watch — she always is — she sang with a strength and a passion that I hadn’t heard from her before. Trouble is, she’s just an OK singer, so her at even her best isn’t all that great. Hitting the stage second, Toneisha vocally demonstrated the difference between a diamond and a cubic zirconia. Though honestly, for a singer like Toneisha, “Diamonds” isn’t that exciting a song when it starts — she’s killing time till she gets to show off — when it gets big, she comes to life, blowing away anything and anyone in her path. Don’t get Kelly’s, and everyone’s, fascination with Cedrice other than that she’s pretty.

And, during what amounted to a cutaway, not even a montage, we learned that Mandi Thomas had defeated Anaya Cheyenne to remain on Team Kelly. (Had Anaya been that bad? Could she have been? We didn’t even get to hear her sing a note.) 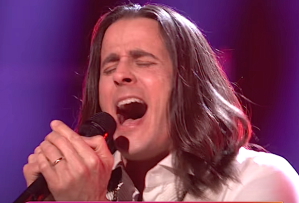 Todd Michael Hall (Team Blake), “Somebody to Love” — Grade: D | Oh, no, no, no with a side order of no. By and large, I think Todd is a pretty good singer. Not my cup of coffee but competent. However, on his high notes here, oof. They were so off, I wished I’d had the volume down, because I’m pretty sure they upset all the dogs in the neighborhood.

Nelson Cade III (Team Legend), “Best Part” — Grade: C+ | After Todd, Nelson’s performance was a lovely palate cleanser. At first, anyway. He was smooth as velvet but kinda pitchy — more than I would’ve expected from such a strong contender. In the end, I wound up being more worried about his chances of continuing on than excited about them.

Michael Williams (Team Nick), “You Are the Reason” — Grade: B- | At this rate, Michael could’ve advanced on the strength of the Tiger Beat vote alone. But he wasn’t half bad, either. Though his performance never felt like it quite gelled, he displayed good range and an admirable falsetto. And he also looked like he could star in literally any show on the Disney Channel. That rarely hurts.

Samantha Howell (Team Kelly), “You Were Always On My Mind” — Grade: B- | When Samantha began singing, I thought, “Ahh! At last, a clear frontrunner to win this kooky four-way Knockout thing!” But then she ran afoul of pitch problems that seriously undermined her otherwise appealingly emotional rendition of the Willie Nelson classic. Kinda an underwhelming four-way!

Who did you think gave the best performance Monday? And which of the singers in the four-way Knockout knocked you out? Vote in the polls below, then hit the comments.