Strike Back‘s second — and final? — series finale airs tonight on Cinemax (10/9c). And with the idea that you can’t visit that many countries, train for that many fight scenes and blow that many buildings to smithereens without learning a thing or two… we thought we’d quiz the cast and showrunner about what they learned while shooting the action drama.

For the uninitiated, Strike Back follows Section 20, an elite group of special-forces operatives who engage in death-defying missions all over the globe. The original series ran from 2010–2015; the reboot, helmed by showrunner Jack Lothian, got underway in 2017.

In the reboot’s swan song tonight, S20 will receive intel that causes them to reunite for one last time to take down uber villain Arianna and avenge the deaths of their comrades. “This time, however,” the official synopsis reads, “they’re doing things a little differently.” 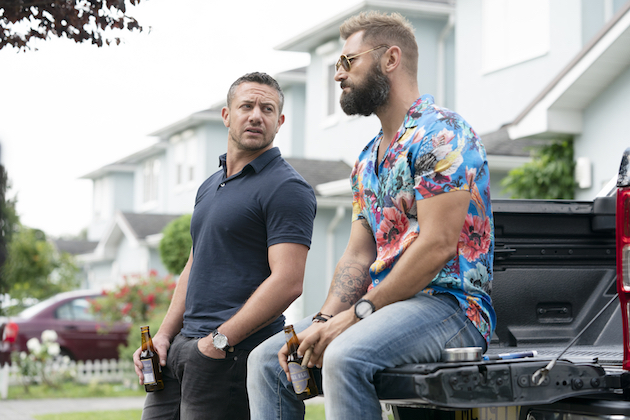 TVLine got in touch with Lothian and cast members Daniel MacPherson, Alin Sumarwata, Jamie Bamber and Varada Sethu — Warren Brown was unavailable for comment — to find out what they’d learned and loved (and loathed) about being part of the rebooted action drama. Broken collarbones? Fish-market throwdowns? Sprayed-on sweat? Speedboat near-misses? They’re all in here.

Click through the gallery above (or go to it directly here) to hear the lessons gleaned from three seasons in the Strike Back-verse.