In a new interview, Jeffrey Tambor is opening up about the sexual misconduct allegations that resulted in his firing from Transparent more than two years ago.

During Wednesday’s episode of Gilbert Gottfried’s Colossal Show on SiriusXM, the two-time Emmy winner reflected on his ousting and offered something of an apology. He also defended himself against claims that he engaged in harassment on the set of the Amazon dramedy.

“Regarding, you know, how I left the show, I just want to say I never, ever, ever, ever intended to make anyone feel uncomfortable — ever,” he said. “It’s just not who I am… We loved each other. We were irreverent. We were honest. We were vulnerable. We had stories that were very, very personal. We trusted one another. It was a set like no other… Of course, there were instances where my interaction with these lovely people could have been mistaken way other, way other than how I intended, and I have profoundly apologized, and I apologize now if I made anyone, anyone feel vulnerable, and I’m sorry it ended the way it did.

“I’m so proud of playing Maura and part of the LGBT community, and getting that important message out,” he continued. “It’s a highlight of my life, and I just can’t let the day go, and I can’t leave this studio, without saying something.” 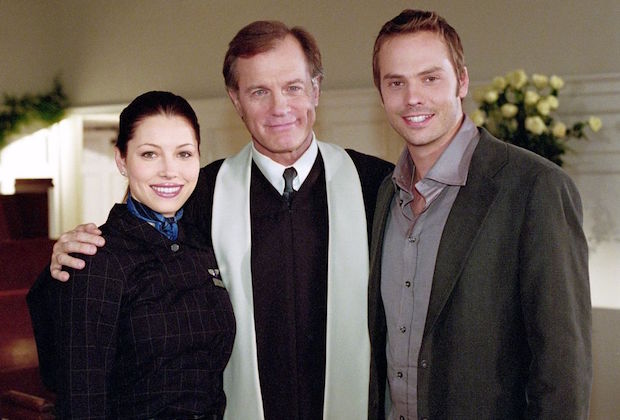 Tambor was fired back in February 2018, more than three months after he first was accused of engaging in sexual harassment. Among his accusers was co-star Trace Lysette, who said that, in addition to making a comment about a sexual attack, he cornered her on the set in Season 2 and pressed his groin against her. Meanwhile, his former assistant, Van Barnes, accused him of groping and making lewd comments — allegations that he called “baseless” at the time. His third accuser, makeup artist Tamara Delbridge, alleged that Tambor forcibly kissed her on the set of the 2001 film Never Again.

Since his firing, Tambor has only appeared in the fifth season of Netflix’s Arrested Development, which completed production prior to the onslaught of allegations leveled against him — and prior to being accused of verbally harassing Arrested castmate Jessica Walter. Meanwhile, Transparent wrapped up with 2019’s Transparent Musicale Finale, which featured the off-screen death of Tambor’s Maura Pfefferman.