We’ve got questions, and you’ve (maybe) got answers! With another week of TV gone by, we’re lobbing queries left and right about shows including Hawaii Five-0, Schitt’s Creek, Modern Family and Chicago Fire!

1 | After Hawaii Five-0‘s Danny emerged from life-saving surgery, where were daughter Grace and ex-wife Rachel? Also, for someone unexpectedly reunited with The One Who Got Away, couldn’t McGarrett have smiled a bit more on the plane?

2 | The Blacklist fans, had you had just about enough of Survivor’s “Eye of the Tiger” by the time last week’s episode concluded? 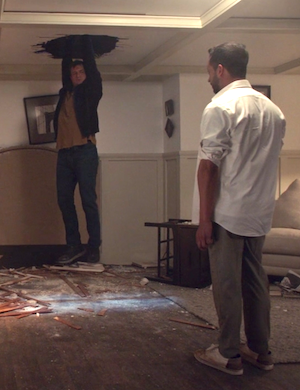 3 | On The Rookie, how did the off-kilter neighbor Nolan stumbled upon manage to hoist the KO’d cop up and into a hole in his ceiling, and bind his hands around the pipe inside? And was any preemptive groaning about the “crossover” with American Idol offset by how delightful cast member/Canadian Idol winner Melissa O’Neil’s “impromptu” performance for the judges was?

4 | Why is American Idol making us choose between Grace Leer and Lauren Mascitti — two of the strongest women in the competition — for the final spot in the Top 20? Why can’t we just bump out one of the other less-talented contestants…?

5 | As soon as Renée Elise Goldsberry showed up on Zoey’s Extraordinary Playlist, were you yelling at the TV for Zoey to be in a scene with her, so she could sing? And since Zoey doesn’t understand sign language, shouldn’t the show have given some indication that she was familiar with Rachel Platten’s “Fight Song” and thus understood what Abigail was communicating?

6 | As hard to understand as The Walking Dead’s Beta was in the Season 10 “finale,” are we to assume that he was trying to change the name of the Whisperers to the Mumblers? And what do we think of Princess — adorably energetic, or irritatingly over-the-top?

7 | Were you surprised to see Bob Hearts Abishola show Nicole Sullivan the door already? Did anyone think she was being groomed to stay on as a series regular/ongoing foil? 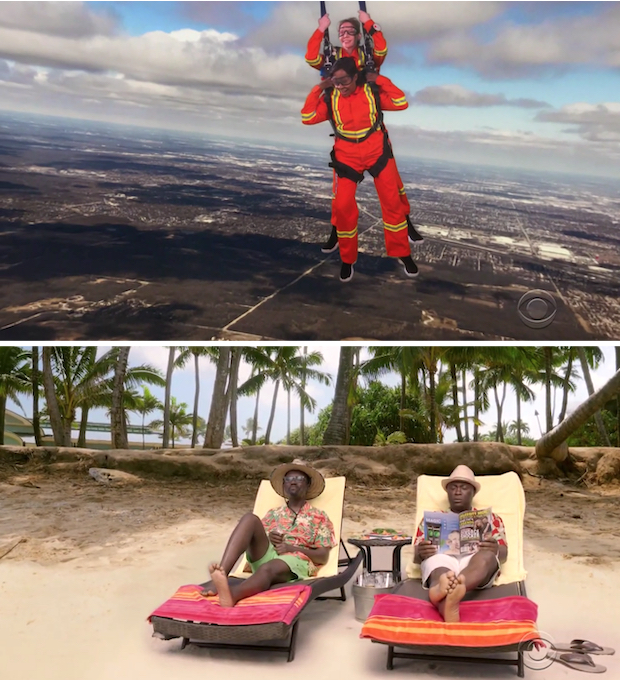 9 | Did the Manifest Season 2 finale’s very final scene — SPOILER ALERT! — remind you of the Lost episode in which the Flight 815 “wreckage” was found on the ocean floor?

10 | The Resident fans, how relieved were you upon realizing Tuesday’s finale wouldn’t actually show Derek getting drugs injected straight into his eyes?

11 | Has Empire completely abandoned the whole flash-forward mystery involving Lucious and Cookie’s back-to-back deaths? Meanwhile, TVLine reader Kevin asks: “What kind of facility does not check a patient that did not swallow their medication?”

12 | For the TV Doctors Thank Healthcare Heroes video that Olivia Wilde put together, what were the parameters for inclusion? Because there are former Grey’s Anatomy docs… but no current ones? And yet The Good Doctor‘s Freddie Highmore is there. (But no one from either Chicago Med or The Resident?) And given Jennifer Garner’s presence, was it not just TV doctors?

13 | Given what a mood-boarding control freak Schitt’s Creek’s David is, was it plausible that he wouldn’t have approved, or at least seen, Alexis’ dress before his wedding day? And was Mutt’s invitation lost in the mail or what? 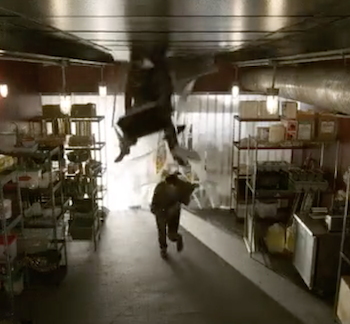 14 | How did S.W.A.T.‘s Street know to fall through the ceiling at that exact moment?

15 | On Survivor, were you secretly hoping that there was an idol hidden on Jeff’s tribal council podium? How great of a moment would that have been!

16 | Chicago Fire fans, did you think Casey and Brett were maybe going to kiss when he was comforting her in his office? And was it a little weird that Brett and Stella were Chloe’s main bridesmaids instead of her own friends?

17 | Of the two Modern Family spinoff ideas that are said to have been bandied about, who would you be more interested in following: Mitch and Cam in Missouri, or parents-of-twins Haley and Dylan?

18 | Does Who Wants to Be a Millionaire simply not lend itself to celebrity contestants (and thus arguably easier questions)? And wasn’t the vibe downright eerie without a studio audience? 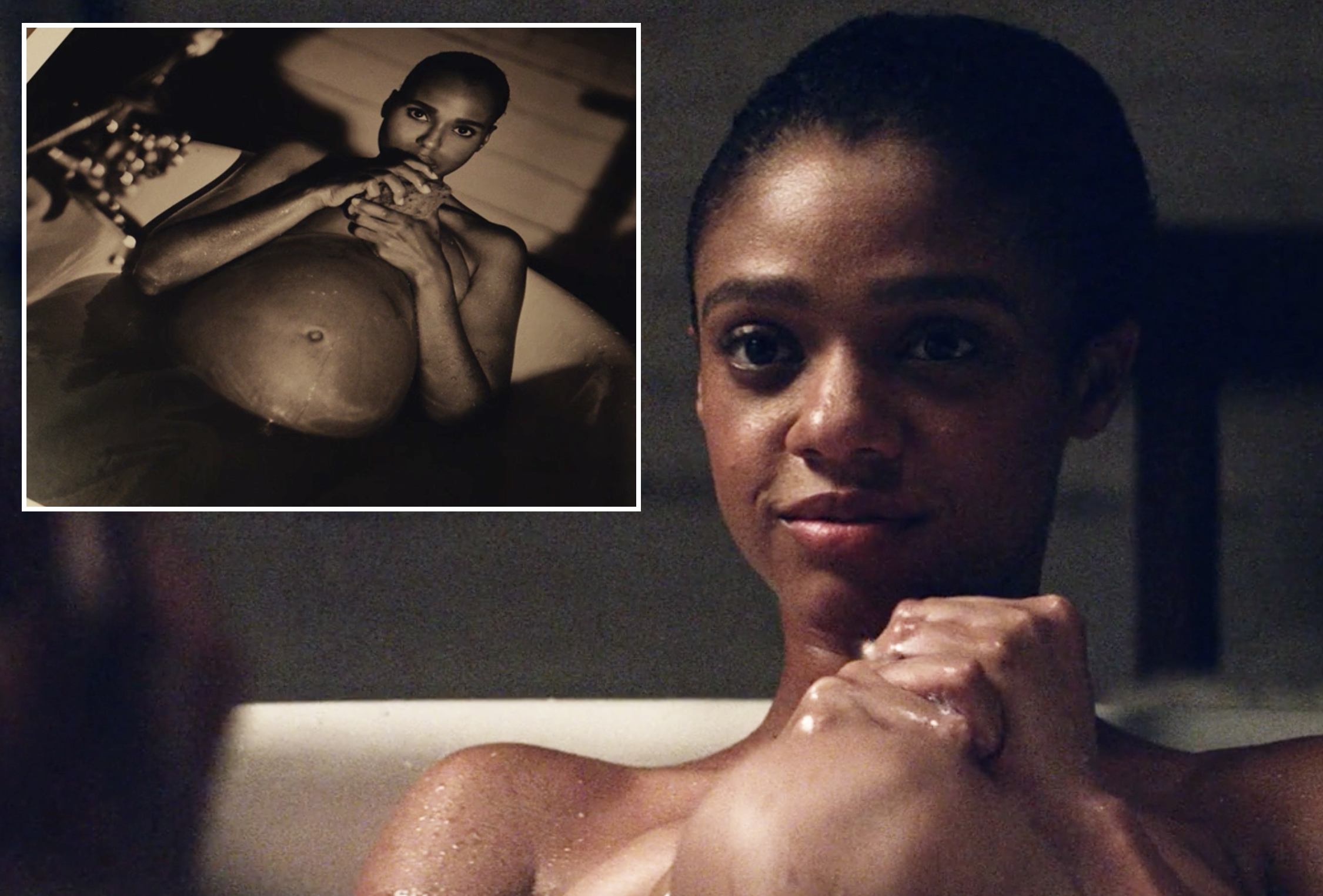 19 | Though Little Fires Everywhere‘s AnnaSophia Robb did compelling work as Young Elena, was she perhaps not the most believable choice for a mother of four children? And why did the show use Kerry Washington in Mia’s “Duo” photo, when a different actress was playing Mia in the episode when it was taken?

21 | On The Challenge, did anyone else find Dee’s gameplay incredibly cringeworthy? Why would she give Jenny, a challenge beast, the easiest elimination of all? Does she actually think she could beat Jenny in the final?

22 | If Tiger King Joe Exotic’s studio burned down, allegedly taking all of the reality show footage with it, where did all of the deep-dive footage shown in the Netflix documentary come from? 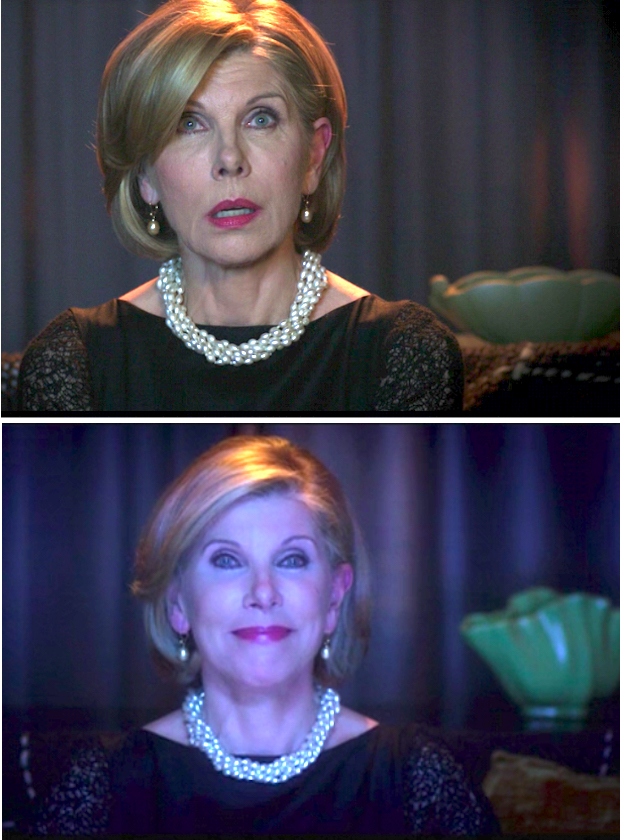 23 | After watching The Good Fight‘s Season 4 premiere — which found Diane reimagining the opening scene from the series’ pilot — should we assume that the props department was unable to track down the circa-2017 green bowl used on the original set?

24 | Grey’s Anatomy fans, did you buy that Teddy’s cell phone would place a call when dropped?

25 | As happy as we are that How to Get Away With Murder‘s Gabriel knows who really killed Asher, isn’t it a bit far-fetched that he would spot the murderer’s earrings from such a distance, and while looking through a small gap between his apartment door and the floor?

26 | Would you rather Will & Grace had let Debra Messing play Lucy (and go to town) in all of the recreated vignettes, instead of rotating in Karen and Jack (as part of some flimsy premise)? And was Beverley Leslie unexpectedly spot-on as the Italian grape stomper?