If you were hoping to see Quentin Coldwater one last time before The Magicians wrapped up its run this past Wednesday, then you were, sadly, out of luck.

Given that the Syfy series is a fantasy drama, it’s not out of the realm of possibility to imagine a scenario in which the dearly departed character (played by former series regular Jason Ralph) could have somehow made an appearance despite his demise. But co-showrunner John McNamara tells TVLine there was no talk of bringing back Q during the farewell run, “because death has to be real, even on a fantasy show.”

McNamara adds that he didn’t want to resurrect the character and “take the sting or the pain of losing someone in your ordinary life away. I think it’s really important that [Quentin’s loved ones] deal with grief in a real way and that the grief be worthwhile, in a sense. His life was important. He was a tremendously important part of how they changed, and who they became. As often happens, his death shaped them and forced them to grow up and forced them to look at their own lives and their own relationships.”

To that end, McNamara praises Alice’s evolution over the course of the final season as she grappled with the loss of someone very close to her. “I loved that Alice spends most of the season thinking that the world seed page has something to do with Quentin, and finally learns the truth about her,” McNamara says. “That’s a huge moment for her that could only land if Quentin is not really in her life, and she’s now accepted that. I thought that was a brilliant twist.”

As for the possibility of revisiting Quentin in the afterlife, McNamara believes it was “very clear” in the Season 4 finale that Penny’s “like, ‘You’re going to this other place, and I’m staying here.'” 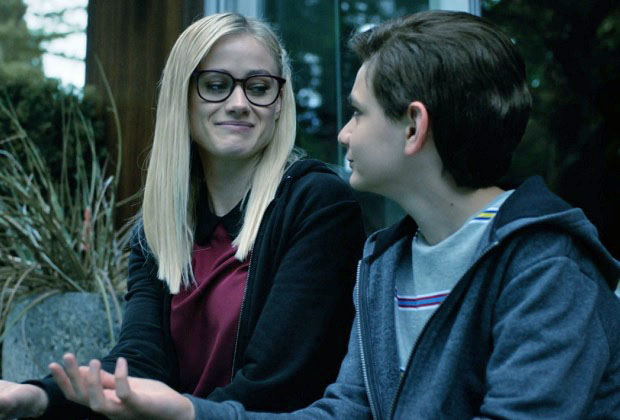 That said, the show’s swan song wasn’t entirely without Quentin’s presence, seeing as how the character, but not the actor Jason Ralph, did return in a way. “We brought back the young version of Quentin,” co-showrunner Sera Gamble notes, “and certainly the quest that we have seen Alice on all season long, it’s 100 percent about her trying to interpret and understand this tiny piece of this person that she loved… The character of Quentin was present in ways that, for us, felt like they reflected what it feels like when you’re grieving someone.”

Magicians fans, were you disappointed not to see Ralph’s Q? Or did you appreciate how the show incorporated Q into the season? Plus, check out TVLine’s finale post mortem Q&A here!