THE PERFORMANCE | It came as no surprise that the Season 3 arc surrounding Wendy’s bipolar younger brother Ben ended tragically. What did surprise us was how hard we took the character’s death — and credit for that unexpected emotional gut punch goes to Pelphrey.

The actor delivered a consistently dynamic performance all season long, but it was his work in the penultimate hour — which also happened to be his last — that will leave a lasting impression. Pelphrey came out of the gate strong, delivering a quietly manic monologue that not only underscored Ben’s tenuous mental state, but gave us a window into the heavy toll his decades-long struggle with mental illness has taken on him.

When Ben later released his pent-up anger and frustration out on Marty in an explosive tirade, Pelphrey made us feel the pain behind every syllable. “You do not get to lock me up in a hospital and tranquilize me like I’m so kind of f–king zoo animal,” he shouted, Pelphrey’s voice cracking amid tears. “Do you realize what you are doing here?”

But it was Ben’s ill-fated, life-ending road trip with his big sis where Pelphrey’s impressive range was on full display. With his character’s behavior varying wildly from scene to scene and moment to moment, the two-time Daytime Emmy winner grounded each emotional beat — from joyful innocence to genuine confusion to paralyzing fear to utter sadness — with searing authenticity.

Before the end came (off screen, thankfully), Ben articulated to Wendy his fantasy five-year plan. As he rattled off one dream after another — “Ruth, dogs, house, garden, job…” — Pelphrey gave each wish a moment to breathe, imbuing every word with a reluctant and heartbreaking hopefulness.

Ben never got his happy ending but Pelphrey made damn sure he went out on a high note.

THE PERFORMANCE | It feels too easy to say Levy’s performance in Episode 8 was extraordinary. And yet, that’s the only accurate way to sum up this incredible showcase, in which Levy’s Zoey sang and danced her way through an emotional meltdown.

After receiving the crushing news that her father is nearing the end of his life, Zoey experienced a glitch in her powers: This time, she was the one singing “heart songs,” and she was actually performing them in real life, not just in her head — and there was no way to stop her musical thoughts from escaping.

It was impressive enough that Levy performed six musical numbers in one episode. But we were doubly wowed by the actress’ range, namely her effortless transitions from physical comedy (“I Saw Mommy Kissing Santa Claus”) to sweet seduction (“I Want You to Want Me”) to utter devastation (“How Do I Live?”). And in those moments when Zoey wasn’t singing, Levy brought a believable mix of panic and frustration to her character, whose entire life seemed ready to implode the moment she blurted a new lyric.

Levy has been a joy to watch all season, anchoring Zoey’s Playlist with skepticism and charm. But this particular hour — which asked her to be goofy, sensual, manic and vulnerable — proved that Zoey Clarke isn’t the only one with superpowers. 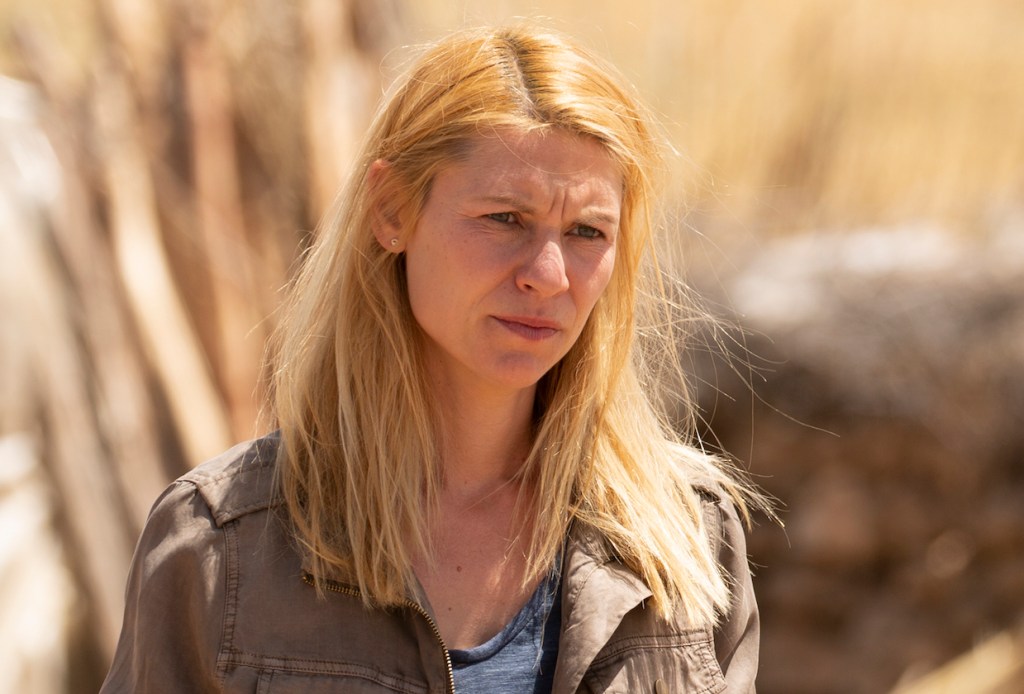 HONORABLE MENTION | Carrie Mathison has been running around trying to save the world one last time in Homeland‘s final season, but she took time out to mourn the loss of a dear friend this week, and Claire Danes dug deep into Carrie’s seemingly bottomless sense of loss. Carrie’s loyal tech guru Max was killed by Taliban insurgents, and a devastated Carrie blamed Saul for not protecting him, with Danes layering a heavy numbness on top of Carrie’s bubbling rage. Sure, Carrie was grieving, but she was also feeling intense guilt for not properly appreciating Max while he was alive, as Danes showed us with a tenderly delivered eulogy. Carrie has lost nearly every man who meant anything to her — Brody, her father, Quinn and now Max — and Danes wore that ever-mounting grief all over her face as Carrie said goodbye to yet another man she loved. Homeland delivers plenty of action and explosions, but Danes’ work this week reminded us that the quieter moments are the ones we’ll remember. 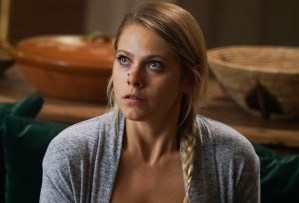 HONORABLE MENTION | For a show about angsty extraterrestrials, The CW’s Roswell, New Mexico has developed an impressive knack for accessing and illuminating pockets of the human experience. Monday’s episode presented Isobel with the unimaginable task of performing her own abortion, a visceral journey of heartbreak and resilience navigated with painful authenticity by actress Lily Cowles. Dropping her character’s stoic armor, Cowles told the devastating story of a desperate woman forced to take her life in her own hands. As she explained to the hallucination of her dead brother, “The only person who will always love me and come to my rescue is me.” And even through the obvious pain of her experience, Cowles conveyed the bittersweet relief of a woman shedding the last remnant of a living nightmare. 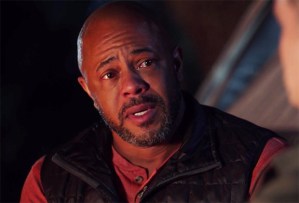 HONORABLE MENTION | Hello, 9-1-1? We’d like to report an act of emotional terrorism perpetrated by the phenomenal Rockmond Dunbar on Monday’s episode of the aforementioned Fox procedural. Sure, a scene in which a father asks his ex-wife’s new husband to tell his son stories about him after he’s dead is already a guaranteed tearjerker, but Dunbar’s undeniable charm and refreshing vulnerability took the conversation to a whole other level. Don’t get it twisted — he earned those tears. In fact, the only downside to Dunbar’s performance is that we’re feeling increasingly pessimistic about Michael’s life expectancy. When a terminally ill character starts delivering powerhouse performances like this, it’s hard not to think that the end is near.