Just as CBS’ Hawaii Five-0 is now over, so are the professional and personal adventures of the remaining task force members — though TVLine can reveal a bit about what was going to happen next, if there had been a Season 11.

Spoilers for the series finale, which aired April 3, of course follow! 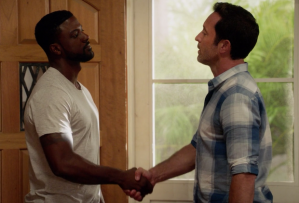 For starters, MacGyver vet Lance Gross as previously reported had been brought on for these final two episodes with the potential to be a series regular for Season 11. As such, Lincoln Cole — as hinted by Steve asking the former Marine Gunnery Sergeant to “hold down the fort” in his absence — would have filled the void left by McGarrett.

“I’m a huge fan of [Lance], and I thought he would be a great addition to the team,” H50 showrunner Peter M. Lenkov told TVLine. “[Lincoln] was the perfect sort of ‘broken toy’ to compliment the team.”

In an ideal world, McGarrett would have eventually returned, after walking the Earth like Kung Fu (as Danny amusingly put it). “He needs a moment to breathe, so the idea is that he will go away and then come back,” Lenkov said. “And then if we were coming back for Season 11… we may have done the first couple of episodes without him.” (Though series lead Alex O’Loughlin “wanted this to be his last year,” Lenkov affirmed, “if the studio had wanted to bring back the show for Season 11, I have to believe they would have tried to get Alex to stay.”)

The finale that aired April 3 was originally written to tee up some Season 11 storylines. But once Lenkov got word that CBS wanted to say aloha to H50, he needed to make some tweaks. (As is, he told us, “I have 12 minutes of that show that are not in there that are on the cutting room floor.”)

“There were a bunch of little cliffhangers” that got cut, including “a little relationship beat between Tani and Junior (played by Meaghan Rath and Buelah Koale),” the EP shared with TVLine. “If you remember, Junior ended up killing the boyfriend of his ex-girlfriend [in Season 9, Episode 16], and because he felt guilty about that, Tani finds out that he’s been sort of supporting them. So there was a storyline about that that was going to lead into Season 11.” 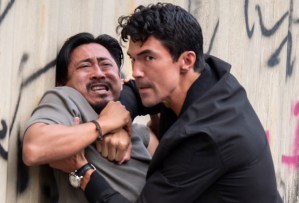 Also snipped as the season finale script segued into a series finale: “Adam (Ian Anthony Dale) got a visit from the Yakuza in Japan, who basically said, ‘What you did [by setting up Kenji] went against everything we believe in, and we’re done protecting you,'” Lenkov told us. “So there was a bit of a cliffhanger there.”

All told, “I just went in and took out all the little character cliffhangers,” Lenkov explained, “and made it more definitive of an end.”

Not that the task force absolutely won’t return to fight crime some other day. “Even the network said, ‘Hey who knows — we could always bring it back sometime down the road,'” Lenkov shared as part of our main post mortem Q&A. “It could be an event series, it could be anything, there’s always that possibility. I’m going to hold out hope.”