Heidi Klum and Tim Gunn are graduating to the next level of fashion competition. The Project Runway vets host and executive-produce the new Amazon Prime series Making the Cut (debuting this Friday with two episodes each week), in which 12 designers compete for $1 million and the chance to jumpstart a global fashion empire. And that big prize is just one of many ways the duo’s new venture is stepping up the game.

“Project Runway is the undergraduate program, and Making the Cut is the graduate and Ph.D. program,” Gunn said at a Television Critics Association panel in January. “In Project Runway, we talk about how a sleeve is set into a bodice. You don’t hear a conversation like that happening on Making the Cut. It’s more about how does this mini-collection you’ve designed for this particular episode’s assignment… fit into your larger view of your brand? It really is about finding the next global brand — and we do.”

Read on as Gunn, Klum and executive producer Sara Rea detail the other ways in which Making the Cut differs from its predecessor.

SEE IT, BUY IT! | For each challenge, the designers must create a second, more wearable look, with the winner’s accompanying piece to be sold on Amazon for $100 or less in a variety of inclusive sizes. “For the first time, finally our audience can shop,” Klum raved. “That was very important, for me, that [we partner] with a company, such as Amazon, versus other companies, in order to have that component for these designers, because that was never possible before. You see something, you want it, but you can’t have it. So here, you have a winning look every week, and people can buy it around the world.” 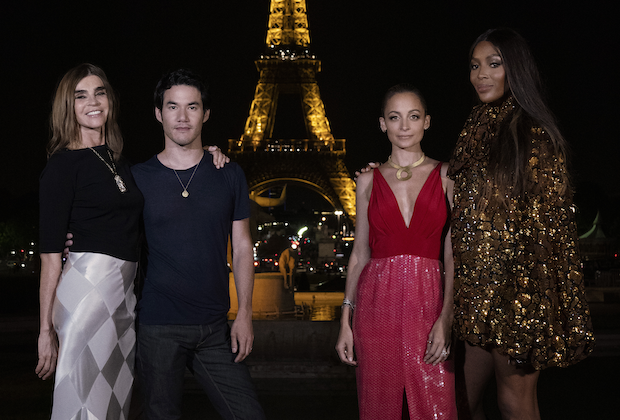 A NEW WAY OF JUDGING | Rather than just eliminating a competitor after privately deliberating, the judges — Klum, designer Joseph Altuzarra, supermodel Naomi Campbell, actress/designer Nicole Richie, former Vogue Paris editor-in-chief Carine Roitfeld and Italian fashion influencer Chiara Ferragni — form their opinions based “on the fashion show, and then the designers get a chance to present themselves to the judges” and to speak to their bigger vision, Rea described. “At that point, the judges can change their mind and say, ‘Hey, I really believe in this designer. I think they can build a brand. I want to give him or her another shot.’ Or they can say, ‘Yeah, I’ve changed my mind. I really liked her dress, but you can’t pull this together.'” The process reflects the idea that “it’s the designer behind the brand as much as the clothes that walk the runway. What that means is you can make a beautiful dress, but if you can’t walk into a room and hold your own, then how are you going to go out into the real world and build a brand?”

SEW YOU NEED A HAND | One of the biggest tweaks from the Project Runway format is the assignment of a seamstress to each competitor, who comes in overnight to sew garments according to the designer’s instructions. For Rea, it was crucial to incorporate this collaborative aspect of the real fashion world. “We wanted to see if they could communicate with the seamstress,” the EP said. “Tim really encouraged them to make sure that they let the seamstress do sort of the basics. The seamstresses were not allowed to design… It was important to us to reflect the real world, how they communicate, troubleshoot — because it’s not always perfect. It comes back, and sometimes, it’s a bit of a hot mess, and they have to figure it out.”

Added Altuzarra: “That was really exciting to me that it’s not a sewing competition. It’s to try to find the next global brand. As a designer, I know how to sew, but I don’t sew my clothes. I have to know how to put a tech pack together and how to communicate with my factory and communicate with my teams, and that’s what you are looking for.” 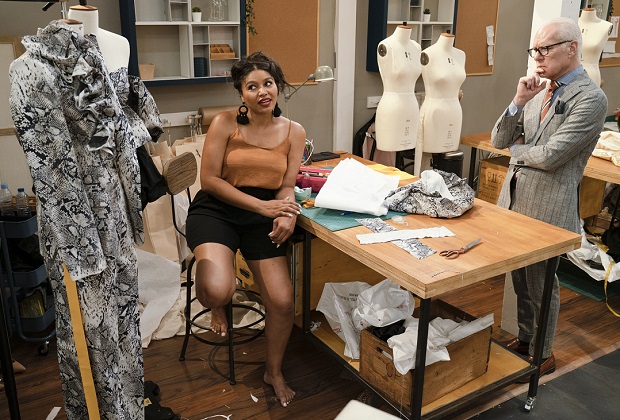 ALL AROUND THE WORLD | In keeping with the show’s global theme, the crop of competitors — a mix of established designers and up-and-comers — were chosen “from around the world, because we’re seen in over 200 countries,” Klum pointed out. The group also travels the globe thanks to the “bigger budget” that comes with having a home like Amazon affords. When the hopefuls visit Paris and Tokyo, it “injects so much creativity” into their clothes, Klum noted. “Also, real designers, that’s what they do. They travel the world, and they go to amazing places and they see things, and then they come back. They hone all that in, and then it changes what they create and spit out.”