mixed-ish is going the way of Lost and This Is Us and giving viewers a fun flash-forward in this week’s episode — and you might recognize some of the faces you see in these exclusive photos from Tuesday’s installment (ABC, 9/8c).

The ep, titled “Doctor! Doctor!,” chronicles Bow’s first real interest in the medical field, which is sparked when she helps a friend who’s comes down with mono. And when the show jumps ahead a few years to show Rainbow graduating from medical school, black-ish‘s Tracee Ellis Ross (who narrates and executive-produces the prequel spinoff) plays her character as a 20-something on the verge of doctorhood.

Of course, that means that Anthony Anderson also shows up as a younger, flat-topped version of his black-ish character Dre, as well. And that’s just part of the veritable visual feast that the photos below provide. We also get a look at Mark-Paul Gosselaar’s Paul and Tika Sumpter’s Alicia in their older years, as well as a glammed-up Denise and a regal Harrison, as they pose next to the new grad.

Shiri Appleby (unREAL, Roswell) directed the episode, which also shows us how Bow’s family dealt with illness back in the day: Alicia lies to Paul about getting a flu shot, Denise comes down with a bug, and Santamonica and Johan get rather used to Harrison’s rich lifestyle while they stay with Grandpa while Denise is ill.

Scroll through the photos above and below for your first look at the flash-forward. 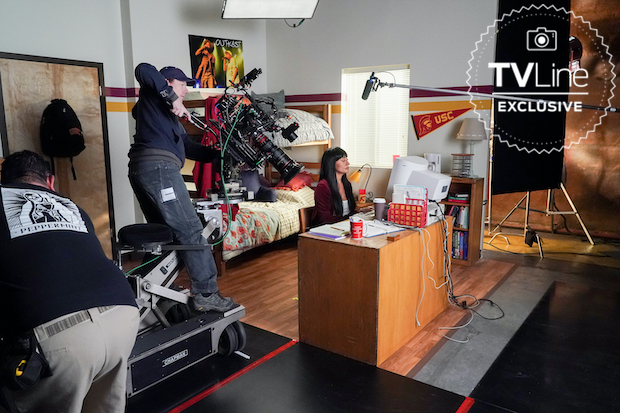 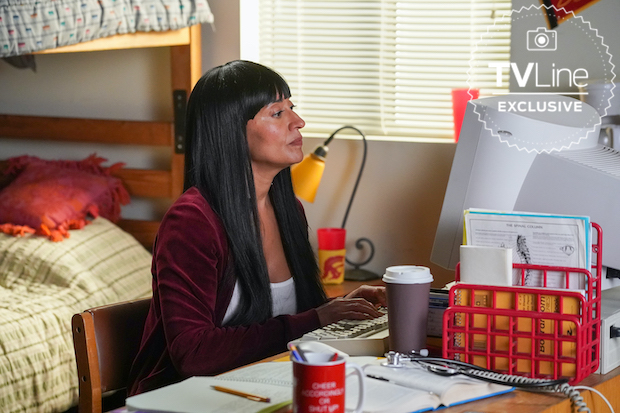 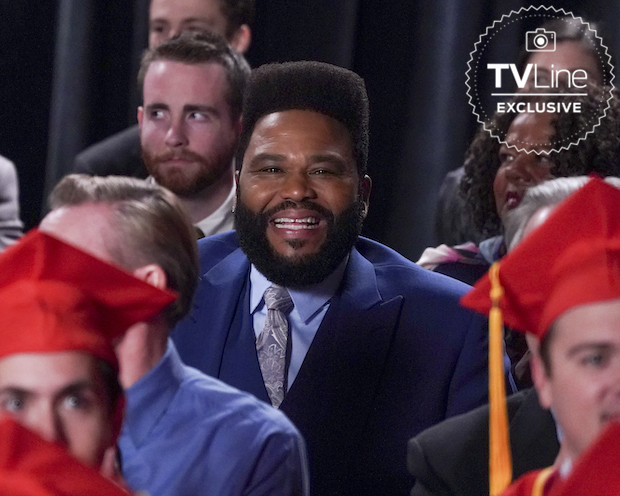 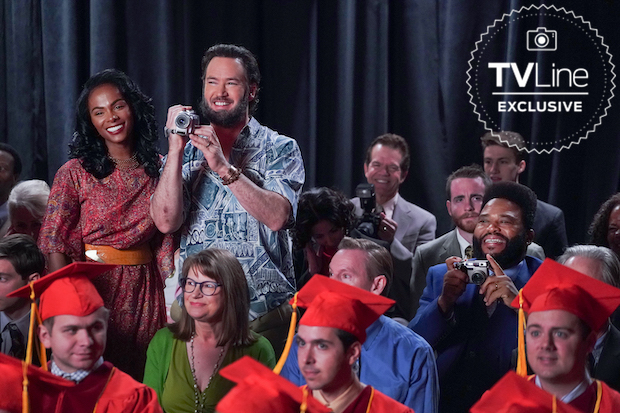