THE PERFORMANCE | When This Is Us‘ Randall is good, Brown is very, very good. But when Randall is less-than-exemplary? Brown is superb.

For evidence, you need look no farther than this week’s episode, which envisioned alternate paths Randall’s life might have taken if his adoptive father, Jack, hadn’t died in a house fire. In one of these outcomes, Randall isn’t a bad guy, per se. But he’s a college professor who sleeps with his assistants, avoids his siblings and holds a decades-long grudge against his mother: In other words, he’s as un-Randall as you can get.

It would’ve been easy for Brown to play NotReallyRandall as a moustache-twirling jerk, the utter inverse of the character he’s built over the past four seasons. But the multiple Emmy winner did something far more interesting: He kept Randall recognizable but decidedly different from the big-hearted man we know.

With Randall, Brown’s gaze tends to be open, his face earnest, his entire demeanor perpetually on the verge of a chuckle. Brown’s alter-alter ego was guarded and stone-faced; his smiles, when they showed up, were insincere. In the scenes with Kevin and Kate, Brown infused NotReallyRandall with a tense, itching-to-leave energy: Even if he hadn’t said so, it was clear he wanted to be anywhere but there.

Brown’s choices were subtle, but the impact was huge — as was the effect when Regular Ol’ Randall engaged in some intense emotional manipulation in the episode’s final moments. We’ve never seen upright Randall play so dirty, and we’ve never been more excited to see what Brown does with him next. 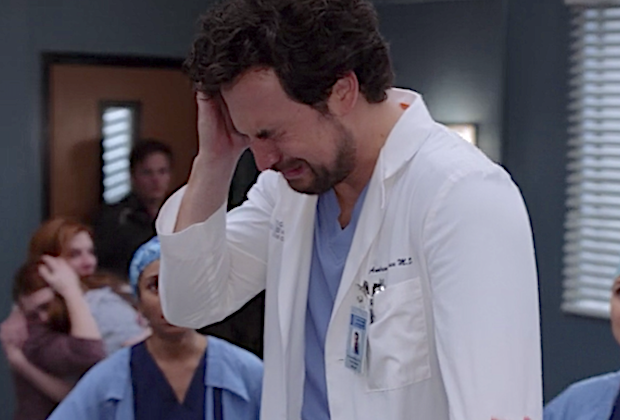 HONORABLE MENTION | As DeLuca’s mania sped toward a harrowing new crescendo in Thursday’s Grey’s Anatomy, Giacomo Gianniotti delivered a performance that was as riveting as it was heart-wrenching. He spoke so quickly that the doctor’s words all but blurred before our eyes, he twisted his character’s body language to mirror his warped perspective, and when DeLuca’s colleagues formed a human chain around him — to protect a child he was certain was a victim of sex trafficking from him — the mixture of disbelief and anger in his portrayer’s voice was so raw, we didn’t hear it so much as feel it. Even now, days later, we’re haunted by the echo of Andrew’s wracking sobs, an apropos testament to how adroitly Gianniotti made a triumph of tragedy. 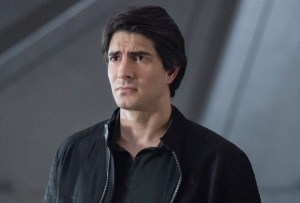 HONORABLE MENTION | When you were a kid, did you ever have to move or change schools, and thus say goodbye to your best friend? The dread of that transition is what Brandon Routh so nicely captured in his final Legends of Tomorrow episode. Having decided to quit the team and start a new life with Nora, Ray ripped off the Band-Aid (or, saw Mick do it for him!) with most of the crew. But when it came to Nate, he couldn’t get the words out, instead wanting to share one last epic playdate. That part of Routh’s performance was sweet in its sincerity. Then, when it came to his final goodbyes (including to “Captain Lance” and Gideon), he didn’t hold back. You felt every bit of his brotherly love for BFF Nate, and vice versa. For a hero who sometimes was so tiny, Ray had the very biggest heart. 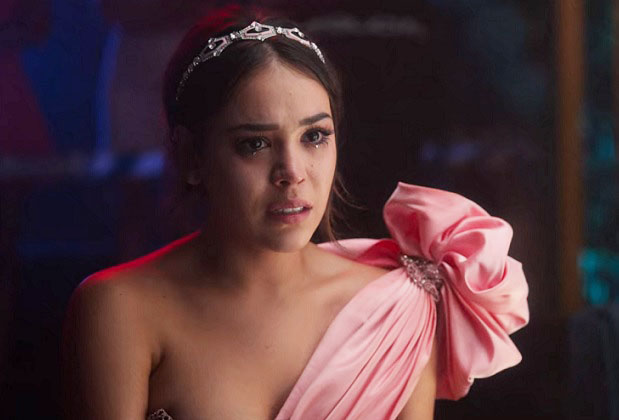 HONORABLE MENTION | Elite‘s Lu is so fabulous, with her Blair Waldorf-esque headbands and witty retorts, that it’s easy to forget that she is just as vulnerable as any other character on the Netflix drama. But as Season 3 came to a close, Danna Paola made it impossible not to feel for the teen, whose pretty veneer started to come undone when — MAJOR SPOILER ALERT! — she accidentally killed Polo. Under the scrutinizing eye of the Inspector, Paola peeled back Lu’s steely strength to reveal a frightened young woman with a deeply compassionate heart. When Lu tearfully explained that her shaky appearance wasn’t a sign of guilt, but a response to her friends having to suffer yet another tragedy, Paola put on a show that somehow both fooled the Inspector and left us with no doubt that she was telling the truth — capping her monologue with a perfectly delivered, “I have feelings, bitch.”