Prodigal Son seems to be laying the groundwork for a new romance at the NYPD — but series star Tom Payne isn’t sold on it just yet.

In recent weeks, Payne’s tortured profiler, Malcolm, has grown ever closer to colleague Dani. She’s shown extra concern for Malcolm when a case puts him in danger; he marveled at her beauty when an undercover job prompted them to dress up for a wedding; Dani’s even unfazed by the wrist restraints that Malcolm wears to bed. (And those are just a few reasons they landed on our recent list of TV characters that should couple up.)

But Payne said he appreciates that the show hasn’t paired off Malcolm and Dani yet, and he’s not sure a romance is necessary at all.

“It’s kind of a Mulder and Scully-type relationship,” Payne told TVLine at SCAD aTVfest in February. “I love [The X-Files], and that was a really strong part of it. There’s a connection between [Malcolm and Dani] because of the damaged nature of both of them, and I think he touches on something within her that she’s locked away.”

Of course, should Prodigal Son‘s writers want Malcolm and Dani to get romantically involved, “we’ll go with it, obviously,” Payne clarified. But for the time being, Payne said he interprets the colleagues’ dynamic as “not necessarily romantic. It’s just two people connecting and seeing each other.” 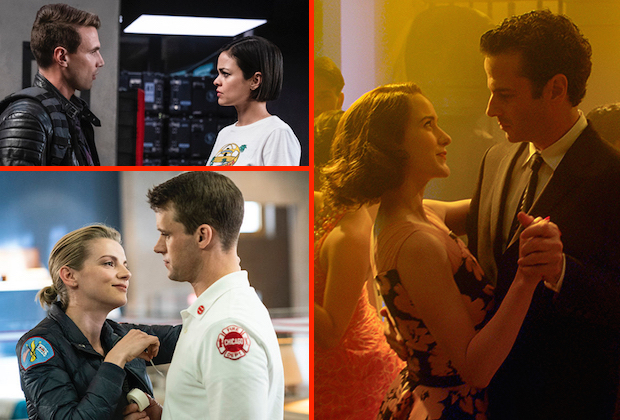 Earlier in the Fox drama’s first season (which continues tonight at 9/8c), Malcolm had a brief fling with attorney Eve Blanchard, which quickly ended when one of Malcolm’s night terrors put Eve in harm’s way. Following that failed relationship, Payne suggested with a laugh that “Malcolm wouldn’t be good with anyone.”

“He has a lot of baggage. You shouldn’t work out your issues in a relationship, really,” he added. “He’s definitely not ready. We need a few seasons before he has a relationship that has any kind of legs.” (With reporting by Kimberly Roots)