FX’s Terriers — one of the poster children for Gone Too Soon TV Shows (and the recipient of more than a few votes in TVLine’s Bring Back One Cancelled Show poll) — is finally streaming again after being offline for more than two years.

A “thrilled” Shawn Ryan, who executive-produced the series with creator Ted Griffin, announced on Twitter Sunday night that “all 13 episodes of #Terriers will be part of the inaugural #FXonHulu lineup” starting today, March 2. “Thanks to all the @FXNetworks execs who have worked w/me the past few months to make this happen…. #OceanBeachForever” 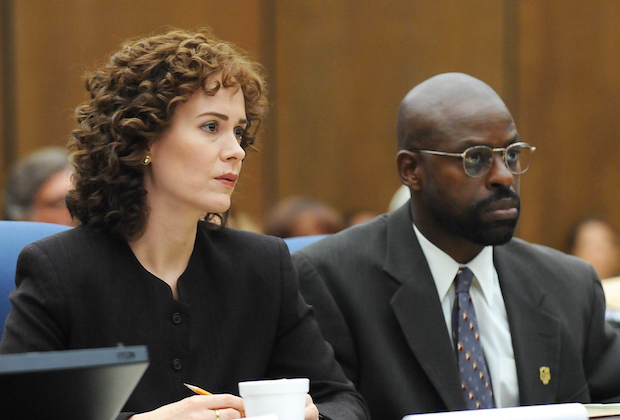 Terriers, which originally aired on FX from Sept. 8 to Dec. 1, 2010, is a comedic drama starring Donal Logue (Gotham) and Michael Raymond-James (Once Upon a Time) as Hank Dolworth, an ex-cop who partners with his best friend Britt Pollack to launch an unlicensed private investigation business. “The duo, both struggling with maturity issues, solve crimes while avoiding danger and responsibility,” read the original logline.

The beloved series’ 13-episode run famously came to a close with Hank and Britt waiting at a red light, with a major life decision ahead of them depending on which way they turned.

Shortly after the new FX on Hulu hub and its library content were announced, some noted the conspicuous absence of FX’s Terriers, which hasn’t streamed anywhere since leaving Netflix in December 2017. “Terriers rights are held by Disney/Fox as far as I know so disappointing to not see the show on that list,” Ryan tweeted months ago. “I wish it was available to a streaming audience.”

Watch the opening credits below, then get to bingeing!