There are a lot of torches still being carried for all kinds of dearly departed TV series, TVLine readers made clear through a tsunami of poll responses this week. But what show was cited most often? The answer may surprise you.

In the spirit of cancellation season drawing nigh, we asked you to do that dreaded thing and choose a favorite child — the one (1) and only one (1) cancelled or ended TV series that you would bring back if you could, for one closure-filled final season and with the cast at the same age as when the show faded to black.

In our most reader-engaging post since The Village got cancelled, the impassioned appeals for resurrection came flooding in. And while the usual suspects (e.g. Firefly, Longmire, Timeless, Wonderfalls) were very well represented, the suggestions as a whole were refreshingly wide-ranging. 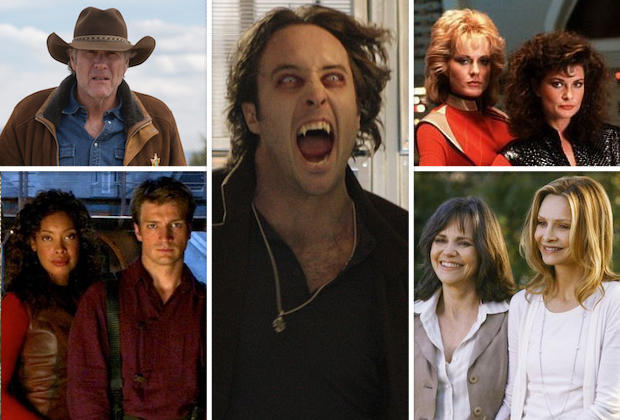 Before we get to the Top 20 countdown, some fun facts:

♦ Of the Top 20, nine entries were ABC shows. Maybe the Alphabet network needs to do a better job of knowing what it’s got before it’s gone?

♦ Only two of the Top 20 were comedies, suggesting that, logically, we simply get more invested in the fictional lives of characters being put through emotional wringers.

♦ The inhabitant of the freshest TV grave, Criminal Minds, ranked 30th in the open-ended poll. Conversely, the recently ended Arrow only accounted for a handful out of the more than 1,500 votes.

♦ In the truest spirit of resurrection, some real old timers got nods, including The Big Valley, Maverick and Ellery Queen. (Remember, we said that any passed-on actors would ostensibly “be with us” for this wished-for final season.)

♦ Deceased daytime soaps merited a few mentions — including As the World Turns, Guiding Light, One Life to Live and All My Children.

Leap over now to our countdown of the Top 20 shows you most want back for one final hurrah.