Is it even possible to watch a Hillary Clinton documentary without bringing one’s preconceived political biases to it? Probably not, so let me be upfront about mine.

I voted for Hillary in 2016… but I also voted for her opponent in that year’s primary and earlier in 2008. I was raised in a staunchly conservative household, and during the ’90s, Hillary Clinton was basically the Antichrist. As I grew up and became a liberal Democrat, my political views began to align with hers — but I still never fully warmed to her as a person. That complicated public persona of hers is at the heart of Hulu’s Hillary (debuting Friday, March 6), a four-hour documentary that examines her life story in painstaking detail. I’ve seen all four hours, and it’s remarkably in-depth and at times revelatory, but a couple of missteps keep it from being truly insightful. 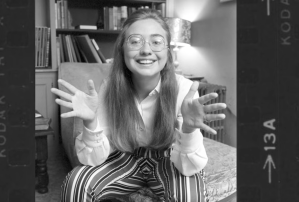 Director Nanette Burstein (The Kid Stays in the Picture) not only traces Clinton’s entire life story, from her conservative upbringing in the Chicago suburbs to her 2016 presidential campaign against Donald Trump, but she sits down with Clinton herself for a series of extensive, intimate interviews. Those interviews form the backbone of Hillary, as she narrates the many milestones of her life and answers tough questions about everything from “her emails” to Benghazi, from Monica Lewinsky to Bernie Sanders. (She doesn’t hold back on Bernie, either: “Nobody likes him. Nobody wants to works with him. He got nothing done.”)

Clinton makes for an engaging interview subject — thoughtful, good-humored, open to admitting past mistakes — and Hillary‘s deep dive into her rise to fame and power is certainly compelling. When Hillary was a girl, a female President wasn’t even considered a possibility, and her life story doubles as the story of the women’s movement in America over the past 70 years. (Back in school, she lost the race for class president to a boy… who then asked her to do all the work.) As Bill Clinton’s wife during his days in office, Hillary was constantly criticized for being too outspoken and too feminist; she was even burned in effigy at one point. It’s a sobering reminder that, like a lot of outspoken women over the years, she was unfairly ridiculed and demonized, and that ridicule has colored how a lot of people (myself included) feel about her to this day. 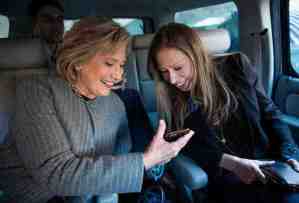 Hillary is at its best when it’s looking back a few decades: The passage on the Lewinsky scandal is particularly revealing, with candid reflections from both Bill and Hillary about the devastating impact that had on their marriage. But the documentary wobbles a bit when focusing on more recent events. We see lots and lots of behind-the-scenes footage of Clinton in the trenches of the 2016 campaign, but it feels too soon to get the proper perspective on that historic election. (We haven’t even had another election yet!) Clinton is open about how painful that defeat was for her, but she doesn’t have any answers as to why it happened. She still seems befuddled that she lost, frankly, and the sage hindsight she’s able to apply elsewhere in her life is lacking here.

And while Hillary promises to be a warts-and-all portrait of her life, the positives far outweigh the negatives. The other people interviewed are either childhood friends, former staffers or mostly sympathetic media members, with almost no opposing voices included; at times, Hillary feels like an elaborate campaign video rather than a clear-eyed examination of her life. There are mild allusions made to possible missteps made by her campaign, but they’re quickly swept away in a wave of feel-good girl power. As a whole, Hillary is still a fascinating historical document, though, and forces us to confront why we feel so strongly about this woman, one way or another. Watching it might not make you like her any more… but maybe it’ll help you understand her a little better.

THE TVLINE BOTTOM LINE: Hulu’s Hillary is a compellingly intimate look at a fascinating political figure, though it’s a bit one-sided and lacks perspective.