Though he’s been dead for a year now, A Million Little Things‘ Jon is never far from his friends’ minds. And that fact that will become even more apparent — and a lot more surreal —  in the very near future.

Ron Livingston will make his first Season 2 appearance in the episode airing Thursday, March 12 (ABC, 10/9c), as his gang of friends and family reflect on the anniversary of his suicide. The title of the episode is “Dreams,” which leads us to believe that the deceased dad will show up in his pals’ consciousnesses while they’re sleeping.

The photos below certainly seem to back up that theory. In one, a normal-looking Gary and a bald Jon appear to be playing video games while sitting in the chairs from the clinic where Gary underwent chemotherapy. Except they’re in Jon and Delilah’s house…? In another, Jon and Eddie sit in a rowboat, and Eddie’s posture indicates he might be going through something big.

The official episode description makes us think that hunch is right: “But for Eddie, his dream opens up a new mystery,” it says. Hmm…

Scroll down to get a good look at Livingston’s A Million Little Things return (click on the images to see them in detail), then hit the comments with your thoughts about the upcoming episode! 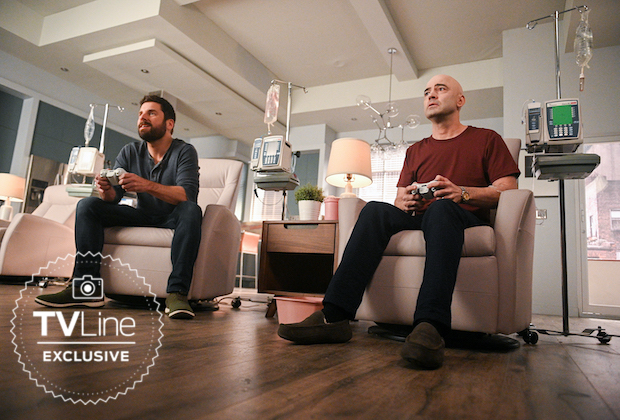 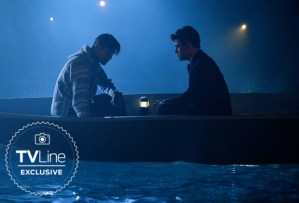