Let the record show that The Good Fight will return this spring.

CBS All Access has announced that Season 4 of the Christine Baranski-led legal thriller will premiere Thursday, April 9, with subsequent episodes dropping weekly on Thursdays.

The 10-episode fourth season finds Reddick, Boseman & Lockhart “navigating a very different landscape,” per CBS All Access’ mildly spoilery synopsis. “After they lost their biggest client, Chumhum, and their founding partner’s name was tarnished, Reddick, Boseman & Lockhart was forced to accept an offer by a huge multi-national law firm, STR Laurie, to become a small subsidiary. Suddenly, all of their decisions can be second-guessed by the giant firm that is literally on top of them. While STR Laurie initially seem like benevolent overlords, we find Diane Lockhart and her colleagues chafing at their loss of independence.” 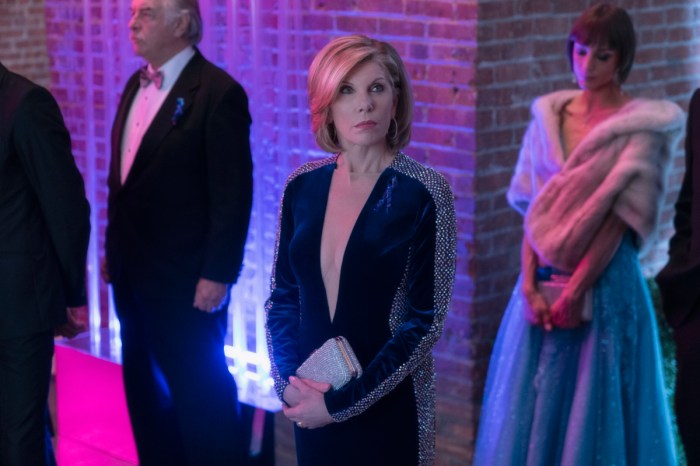 Series co-creator Robert King recently revealed to TVLine that Season 4 will focus less on President Trump and more on the hell 45 hath wrought, legally speaking. “We’re going to comment more on what the current political situation is doing to the law, and some of that has to do with Trump directly but a lot of it has to do with the collateral damage of the dropping of present-day values and guidelines,” the EP previewed. “There’s a tendency that people have now of thinking subpoenas can be ignored, and we wanted to look at how it played out because so much of courtroom drama requires people following the rules. But what kind of courtroom drama do you have if [suddenly the rules don’t matter]?”