If you’ve read TVLine’s review of The Thing About Harry, you know that leading man Jake Borelli isn’t kidding when he says that Freeform’s crazy-cute gay Valentine is “just a romcom through and through. It’s not trying to be anything else.”

Yet the movie, about high-school nemeses Sam and Harry (Borelli and newcomer Niko Terho) dancing on the thin lines between love and hate, and friendship and romance, is more than a mere When Harry Met Sammy. “It’s not trying to be political, but it is,” says the Grey’s Anatomy actor, “just because it’s two queer people at the helm of it.”

In this age when the Hallmark Channel would even consider, much less go through with, yanking a commercial featuring lesbian brides, and “equality is being threatened, the fact that this got made,” he continues, “and is being supported by huge companies like Freeform and [its parent] Disney is just massive.”

Lest you need reminding, Harry is also massively appealing. “This is a movie anyone can relate to,” says Borelli. “We’re not really talking about the things that a lot of queer content does, like coming out and overcoming shame. It’s just a story about two young guys trying to fall in love and keep that love once they’ve found it.” 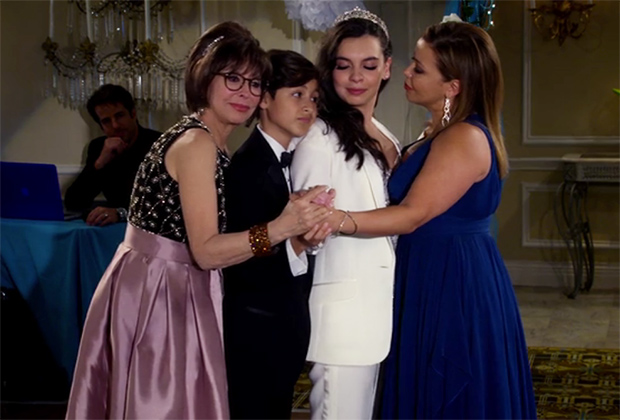 If those guys have killer chemistry, credit, at least in part, director Peter Paige (Good Trouble). “Once we started production, he thought it would be a good idea for Niko and me to have a bonding moment,” Borelli says. “Since Niko was a professional soccer player at one time, Peter had him teach me how to play soccer, which was one of our more intense bonding moments, because I am not a great athlete!

“He had such patience,” though, he adds, “and I learned quite a bit about soccer.” At least enough to know that it wasn’t for him since he has “absolutely not” continued to play. So, will you be tuning in to see if you like that Thing About Harry when it premieres Saturday, Feb. 15, at 8/7c? Hit the comments.