Natalie Zea (The Following, The Detour) will recur on the Fox procedural as Zoe, a potential love interest for Rob Lowe‘s character, TVLine has learned exclusively. Zea’s character, a psychology professor at the University of Texas, meets Owen at a beauty supply store on Monday’s episode (8/7c) and they immediately hit it off.

In addition to her aforementioned projects, Zea has also held down roles on shows like White Famous, Justified, Under the Dome, Californication and Dirty Sexy Money.

And love isn’t just in the air for Owen and Zoe this Valentine’s Day. Monday’s episode, appropriately titled “Studs,” finds Paul dipping his toe into the Austin dating pool, going out on his first real date since moving to the Lone Star State. And in keeping with the “studs” theme — though on a completely different note — the episode also includes a brawl at a male strip club.

Oh, and did we mention the explosion at the bull semen factory? (“It’s shot like Saving Private Ryan!” Lowe tells TVLine.)

How do you feel about Owen and Zoe’s potential pairing? Check out a sneak peek photo below of the characters — ahem — in action, then drop your thoughts in a comment. 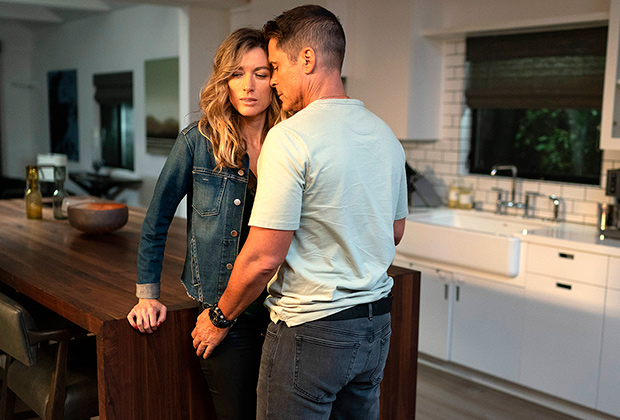