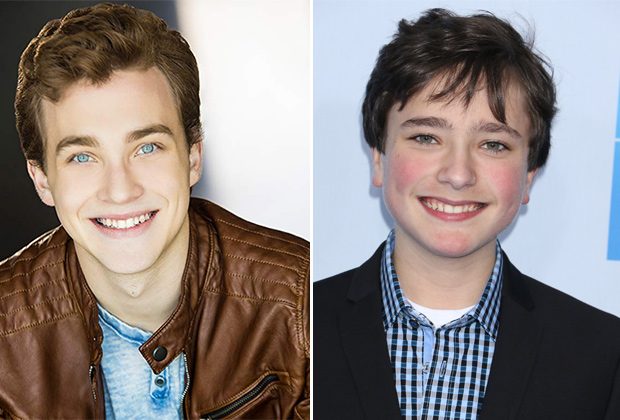 As viewers will recall, the couple had a baby boy, Jonathan, whom they sent away to safety during the “Crisis on Infinite Earths” crossover. But after the universe was reset, the pair suddenly found themselves with two sons.

Elsass’ Jonathan is described as a clean-cut, modest and kindhearted teen — so a chip off his dad’s block? — while Garfin’s Jordan is wildly intelligent with a mercurial temperament and social anxiety.

TVLine’s comprehensive 2020-21 Pilot Guide has been updated with the castings.

* Jerry Springer’s syndicated courtroom program Judge Jerry has been renewed for Season 2. (Read our Q&A with the daytime-TV vet.)

* High School Musical: The Musical: The Series will put on a production of Beauty and the Beast in its upcoming second season (premiere date TBD), Disney+ revealed on Wednesday. Watch the announcement here.

* John Travolta (The People v. O. J. Simpson: American Crime Story) will star opposite Kevin Hart in Quibi’s upcoming action-comedy Die Hart, per The Hollywood Reporter. In the series, Hart plays a fictionalized version of himself, who is offered the lead in an action movie — but first he must train at the world’s greatest action-star school, which is run by a lunatic (Travolta, hopefully in Broken Arrow mode).

* SNL has released a promo for this Saturday’s installment, hosted by RuPaul: