The Crisis may be behind them, but there is fresh drama ahead for The Flash and friends, when the CW hit resumes Season 6 this Tuesday at 8/7c.

When last we tuned into what is now the Arrowverse’s longest-running current series, Barry (played by Grant Gustin) was bracing himself and others for his seemingly inevitable vanishing in Crisis, while also juggling the threat of the half-season villain Bloodwork. Barry, however, survived Crisis, and Team Flash now must make sense of the reborn universe they now live in. (For example, those handy interdimensional extrapolators no longer work!) Suffice to say, you’ll want to freeze-frame and zoom in on the white boards Cisco pores over in the opening scenes this Tuesday; let me know what Easter eggs you spot.

TVLine spoke with showrunner Eric Wallace about the plan for “Graphic Novel No. 2” aka Season 6B, and how a wild new storyline for Iris (Candice Patton) will bring the West-Allens closer than ever before (provided everyone survives, that is).

TVLINE | With Arrow gone, you’re now the old kid on block. How heavy is the head?
How funny is that! [Laughs] We’ve got to bring our A-game now. We’ve really got to step it up.

TVLINE | If Season 6A was about building up to Crisis, what is 6B?
Season 6B is fallout from Crisis, because everything starts with this new world that Crisis has launched. We’re on a whole new Earth now, so what does this mean? It’s a brand-new game, and there are new challenges and Team Flash has no idea what they are. They’re going to catch them by surprise.

TVLINE | How soon into the new episodes will we start to see what’s different and changed within The Flash‘s world?
Immediately, in the first one back. They discuss it right up top — “Wait, how do we deal with this new world?” And there’s a big surprise, which I’m not going to spoil. It will change one member of Team Flash’s life basically forever. We’re not messing around. 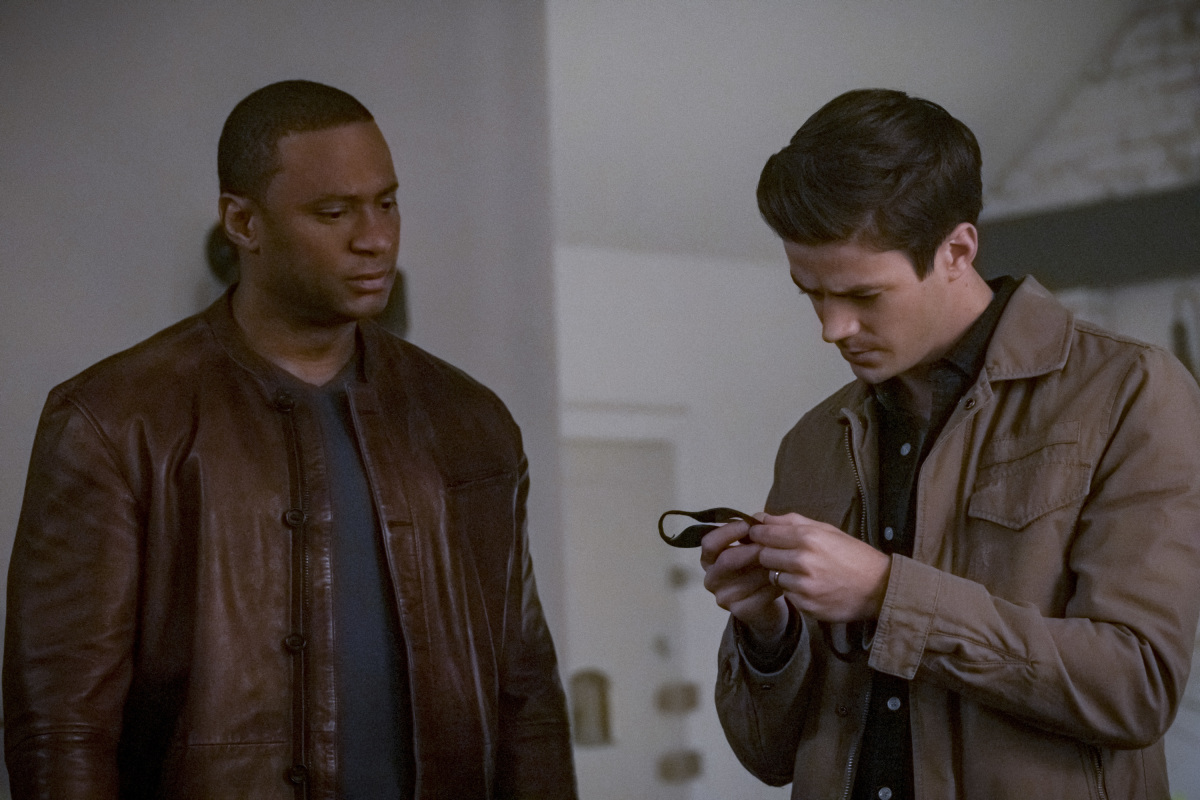 TVLINE | The synopsis for this week alludes to Oliver’s final “wish” for Barry. [David Ramsey guest-stars as John Diggle.] What do you want to say about that?
This is us honoring the legacy of Arrow, the mothership, and what Ollie wants to tell Barry in his own way — celebrate life! That’s what he tried to tell him in the crossover, but Barry, as we’ll see in the season opener, didn’t get the memo and needs to be reminded. [Laughs] It’s done in a very special way that I hope the fans really enjoy. We wanted our first episode after Oliver’s death to be one that honors Oliver. I thought that was very important.

TVLINE | Speaking of post-Crisis changes, two characters that Flash fans most fret about are Earth-Two’s Harry and Jesse Wells. Will we get any update on them?
Uhhhhh…. yes. Yes, you will. And not in the way you’d expect, because you will hear about them more than once. They address it in the opener, but it really has fallout that runs through the rest of [Season 6].

TVLINE | I get a sense, from what you have told me in the past, plus promos and photos, that Season 6B will really dive into Iris’ own drama. That whereas in the past Iris helped Barry deal with all of his stuff, now she has stuff of her own.
That is absolutely accurate — but again, not exactly in the way you might think. Barry went through so much building up to Crisis, and [his death] didn’t happen. Well, what was everyone else going through, dealing with his impending death? How does that affect them? That’s one of the storylines in the [midseason] opener, and I think it’s an important one. because near-death traumas affect not only the person who almost died, they affect their family and their friends.

TVLINE | Will the imminent threats against Iris-as-journalist only embolden her further?
Yes, definitely. 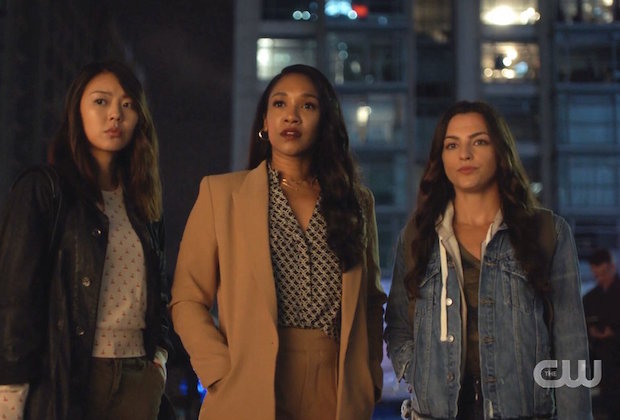 TVLINE | And now that the other Citizen staffers are in place, will we get to know more about them?
Quite a bit. Across the first five or six episodes, you’ll see Allegra (played by Kayla Compton) go from “I’m a spunky intern!” to, as we saw in 6×08, being almost an official member of Team Flash, when Barry said, “Thank you for saving the world from Bloodwork.” You’ll also see the development of a nice big sister/little sister relationship between Allegra and Frost (Danielle Panabaker), which is really nice.

TVLINE | And I understand that Cecile (Danielle Nicolet) is now a formal part of #TeamCitizen, as well?
Yes. She will officially make her debut with Team Citizen in the [mid]season premiere. You’ll see exactly how Cecile’s role with the new team actually works.

I’d go so far as to say that what’s great about this opening [episode] is it’s really a Team Citizen episode in a lot of ways. They’re really the story, and that was important to us. We didn’t just want to give fans that push-in [see photo], saying, “This is Team Citizen coming together.” Now we want to see what a Team Citizen case looks like. You’ll be pleasantly surprised by how much it’s kicked off in the premiere.

TVLINE | And what will Barry’s role be as Iris goes through all of this?
Integral. Barry and Iris, as a result of where Iris is going to go this season, will end the season closer than ever. Without question.

TVLINE | Outside of the vigilante mercenary organization that Iris is investigating, are we still getting Villains of the Week? Maybe from other Arrowverse shows, as happened in “Crisis” Part 5 with Weather Witch vs. Supergirl?
Not from other shows, but you will see some guest star villains come back in new and exciting ways. 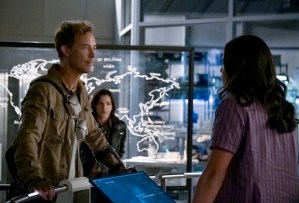 TVLINE | Is Nash Wells (Tom Cavanagh) a keeper or is the former Pariah now persona non grata?
Nash is still around, but the question is why is Nash still around? That’s a mystery that gets pretty crazy pretty fast, all through the back half [of Season 6].

TVLINE | Lastly, it was reported that Keiynan Lonsdale will be back as Wally West in this season’s 14th episode. What’s your plan for Kid Flash?
How do I say this without spoilers….. Wally returns for one of the pivotal episodes in the mythology of The Flash, and that is not an understatement. He comes back a changed person, and what he comes back to deal with, and how it involves Barry, will literally change the two of them — and their abilities, quite frankly — moving forward.