Warning: The following contains spoilers for Sunday’s Shameless. Proceed at your own risk!

Wedding bells were ringing during Shameless‘ Season 10 finale as Ian and Mickey finally tied the knot after a long and tumultuous journey.

Before the pair could walk down the aisle, their big day hit a few not-so-minor obstacles — the venue caught fire! — forcing the Gallaghers to scheme their way into a Polish banquet hall. But even Mickey’s father attempting to kill him for marrying a man couldn’t stop “Gallavich” from making their relationship legal.

Among the episode’s other big happenings: Kevin and V got engaged, while Lip fell off the wagon after a huge fight with Tami, who was planning to move out of state with Fred. However, she eventually came around to Lip’s plan to fix up a house in Chicago.

Below, showrunner John Wells weighs in on the finale’s major milestones and previews what’s in store for the final season… like a visit from Emmy Rossum’s Fiona, perhaps?

TVLINE | In some ways, this finale could have functioned as a series finale. When you went into the writing of this episode, did you know whether the show was coming back or not yet?
We thought and hoped it would. But the last two years, we’ve gotten the pickups after we finished shooting. So the last two seasons, I’ve had to write, with the writing staff, episodes that could be the end of the series, if need be, without letting the audience feel let down. A year ago, [it was] Fiona leaving and the family pulling together to keep going on, and then this year, it was the wedding. I’ve done shows, sadly, in the past, where we didn’t really have a conclusion to the series when it ended, and I always resented, as a fan of the shows that we were working on, that that would be the feeling that the audience [was] left with. So we tried hard the last couple of years to make certain that if we didn’t come back, that it would still be satisfying and not feel too abrupt and irritating, because we’ve asked people to come along with us for 10 years’ worth of these characters’ lives. 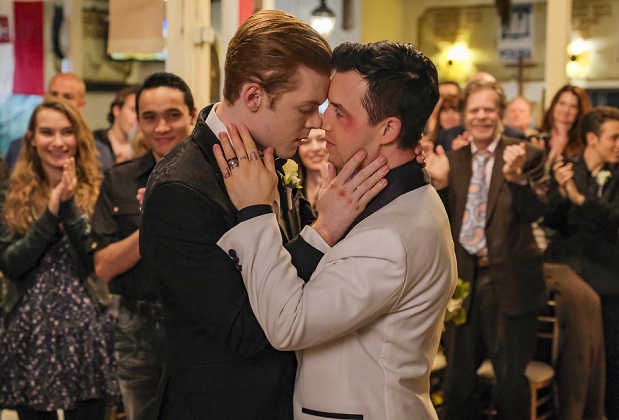 TVLINE | At the centerpiece of this episode was this madcap but surprisingly sweet wedding for Ian and Mickey. Was it important for you to make sure that you gave that relationship its due in case this was the very last episode?
Yes. I don’t want to sound too pretentious, but we thought that was really important to say: Here are two people who love each other, who belong together, who’ve been through a lot, and they can figure it out, and they have every right to have a wonderful, beautiful wedding with all of their family and friends there, supporting them and loving them. And that’s where we are finally in this country, and the more we see it, the better off we’re going to be as a society and as a people. So yeah, we definitely wanted to do it, and wanted to say that two people who love each other should just be able to be together and have a celebration where everybody loves them and cares about them. 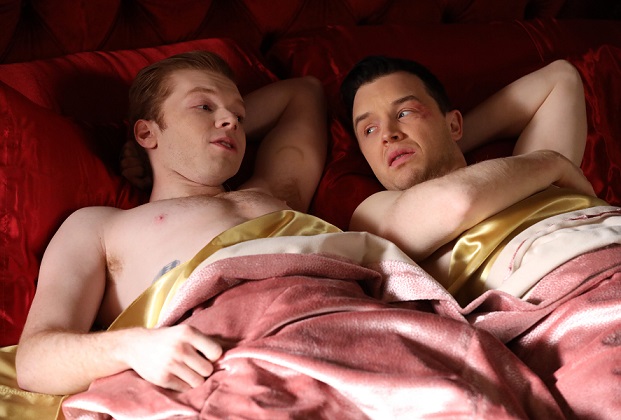 TVLINE | Now that Ian and Mickey are married, and you do have this next final season, what are you excited to explore with the two of them?
Well, after your wonderful wedding, then you gotta be newlyweds and figure out how to live together and make all the compromises that are necessary to have a successful marriage. Two strong personalities figuring out how they’re going to compromise and have a successful relationship, it’s hard. It’s hard for everybody. So we’ll be playing with that in the next season.

TVLINE | The other big romantic moment in this episode came when Kev proposed to V. Why did you decide to take this step with them after all this time? They were perfectly fine and stable the way they were…
[Laughs] I think it’s just that you get romantic when you see weddings coming up, and then you start to think, “Why haven’t we done that?” It just felt like the moment was striking. Then there’s fun to be had, because he’s got to find his ex to get an official divorce, and we’ll have some fun with that coming up. 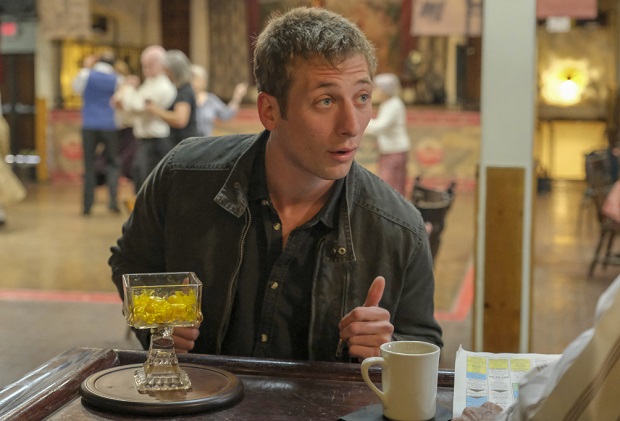 TVLINE | Lip and Tami did not have as romantic of a time at the wedding. In that moment when he comes to the house to find an AA meeting, what does she see in him that convinces her to give him another chance?
I think she feels a little badly about how angry she got by that point with him about his choices. I don’t think she feels guilty about the fact that he went and had a drink, but she sees that he’s a good man who’s really trying, and that’s not as easy to find as we always want it to be. So I think she says, “You know what? Maybe I’ve been a little unreasonable. We’ve got a kid together, and I actually like this guy, and I think he has integrity. He doesn’t always make all the right decisions, but who does?” So that’s what we were trying to go for.

TVLINE | How worried should we be about Lip’s sobriety heading into next season? Does he have a handle on it?
I think he has a handle on it in the way that everybody [does] who honestly has been pursuing sobriety after being an alcoholic. We felt it was important to show that the norm is to actually not be able to get through it the first time. The norm in kicking any kind of addiction, whether it be alcohol or cigarettes or drugs or gambling, is that you are going to have a struggle. It’s very unusual for someone to quit and just stay quit without at least one break and oftentimes more. So that’s the process, the truthful process, about earning your sobriety over time. We’ve always been concerned about making it seem like it’s easy, because it’s not easy. So we should be worried about him [in the same] way we’re always worried about anybody we love who is addicted to alcohol or drugs or whatever else, which is they’re working hard, they’re trying. As long as they keep working hard and trying, that’s how they’re eventually going to be successful. 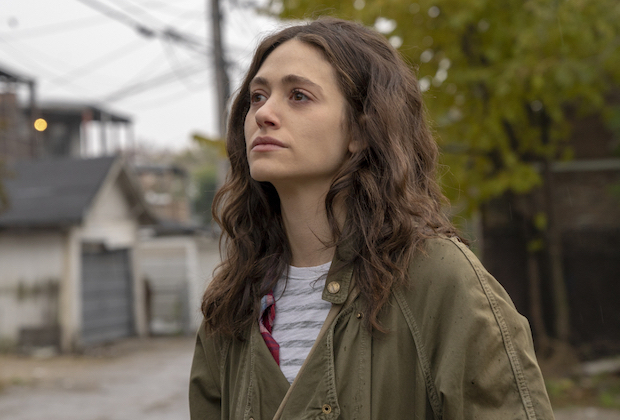 TVLINE | How important is it for you to get Emmy Rossum back before the end of the series?
I would love to have had her back the entire time, and she knows that, though. But she’s off doing other things. I’m very hopeful that her schedule, which is very busy because she’s wonderfully talented and doing many things, will align with our being, at least, able to get her back for a little bit. But if not, it won’t be because she doesn’t love us. It’ll just be because she’s got too much else that she’s committed to, which is exciting and great, and we’re all happy for her. I’ve told her all along that I hope that when we end [the show] that it’ll work out, that she can come back, and at least do a little bit for us.

TVLINE | Do you feel like the final season needs her to have that sense of closure for the Gallagher family?
I think it would be great. But if it doesn’t happen, it doesn’t happen. The stories will still work. People leave our lives, who we love deeply and need, and don’t come back. It happens.

TVLINE | What kind of conversations did you have with the network, the studio and the actors about wrapping up the show and deciding this was the right time to end the series?
Well, I’ve always said I would do it forever. We didn’t actually have any discussions with the cast about doing more beyond Season 11, because Showtime, who have been tremendous, terrific partners, told us that they were ready to have us wrap it up. They’ve been such great partners. As sad as that made me… We tried to get the show on the air for seven years. So the fact that they stepped up and supported us for what will now be 11 seasons is a miracle, and it’s been a great, great partnership, working with them and with Warner Bros. I would have kept making it forever. I’m not sure if anybody else was crazy enough to keep doing that with me.

TVLINE | Could you ever see yourself doing a spinoff of the show, taking one of the supporting characters?
I haven’t been a big fan of spinoffs. I know that other people have done it really well, and I’m happy for them. We’ve had lots of opportunities to do other versions of ER or West Wing or Third Watch or Southland. I feel like when a show’s done, it’s kind of done. That’s my personal feeling about these things.

Shameless fans, what did you think of the season ender? Grade it below, then hit the comments!