Maggie’s men are going at it!

This Thursday’s episode of A Million Little Things (ABC, 10/9c) will contain a confrontation between Dr. Bloom’s former boyfriend, Gary, and her complicated current crush, Eric. As you can see in the exclusive photos below, it’s not a friendly visit.

“I think Gary’s always had a Spidey sense that something isn’t quite right with Eric,” series star James Roday tells TVLine. “Even though he and Maggie are no longer together, he obviously still doesn’t want anything bad to happen to Maggie. He cares very deeply about her… He’s still being protective of her. Also: He doesn’t trust the dude.”

At the end of the winter premiere, viewers saw that Eric doesn’t have a scar on his chest, indicating that he wasn’t the recipient of Maggie’s brother’s heart like he’s led everyone to believe. But it’s unclear whether Gary is aware of that subterfuge in this scene.

Roday points out that it’s not like Gary is doing so well on his own, either, and investigating Eric provides a welcome distraction from his heartache. “There’s no better time to start poking around and spreading toxic masculinity all over an episode of television than when you’re hurting because of a break-up,” he jokes.

Peruse the photos from the episode, titled “We’re the Howards,” below. Then hit the comments: What do you think Eric’s real deal is? 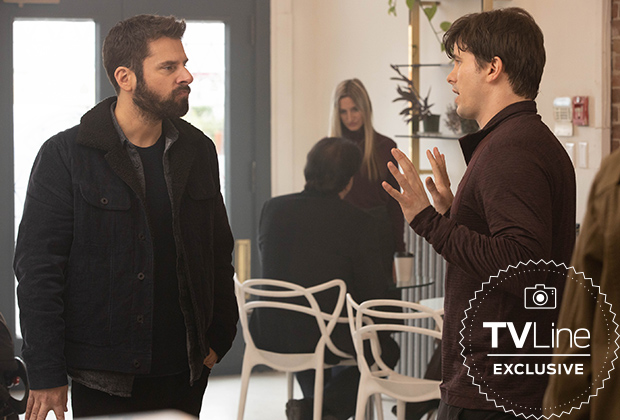 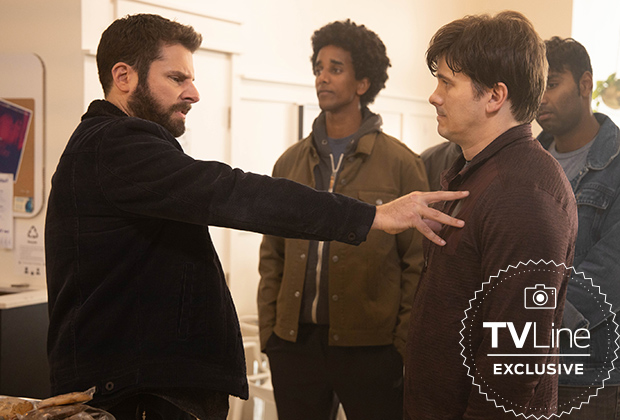