Superstore‘s Sandra and Jerry are soon set to tie the knot — and TVLine has your exclusive first look at the momentous occasion.

Cloud 9’s resident sad-sack will say “I do” to her on-again/off-again boyfriend in a wedding officiated by onetime boss-turned-fellow sales associate Glenn, and airing Thursday, Jan. 30 on NBC. The bride and groom are all smiles in the photos above and below, but there is cause for concern leading up to their holy matrimony.

“When Jonah’s attempt to help the caterers and Dina’s obsession with wedding security threaten to derail it all, it falls to Amy to make sure Sandra’s big day isn’t ruined,” according to the official logline. Meanwhile, “Garrett struggles with what to say in his Best Man toast,” and “Mateo finds that starting a new relationship may be more complicated than he thought.”

Not mentioned in the above synopsis is Carol, who may or may not sabotage the wedding. Sandra’s (former?) arch-nemesis and Jerry’s ex-girlfriend recently returned from a life-altering trip to Sedona with a new, hippy-dippy outlook on life, though Sandra remains unconvinced that Carol has actually changed.

Sandra and Jerry first got engaged in the Season 4 finale, while Mateo was being swept up in an I.C.E. raid. The impromptu proposal was followed by a truly pathetic engagement party in last October’s “Testimonials.”

Superstore airs Thursdays at 8/7c. Scroll down to see additional wedding pics, then hit the comments and tell us if you’ll be RSVP-ing (or rather, setting your DVRs) for Sandra and Jerry’s nuptials. 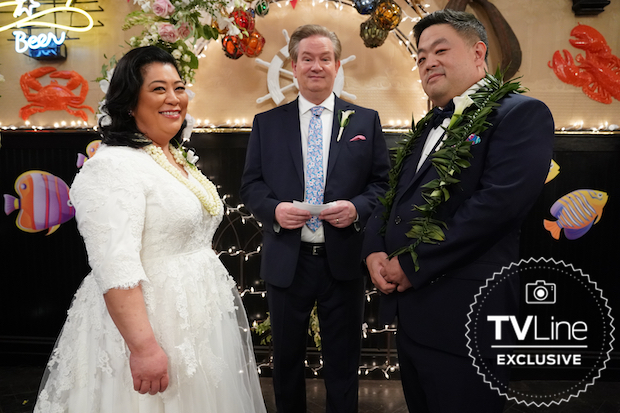 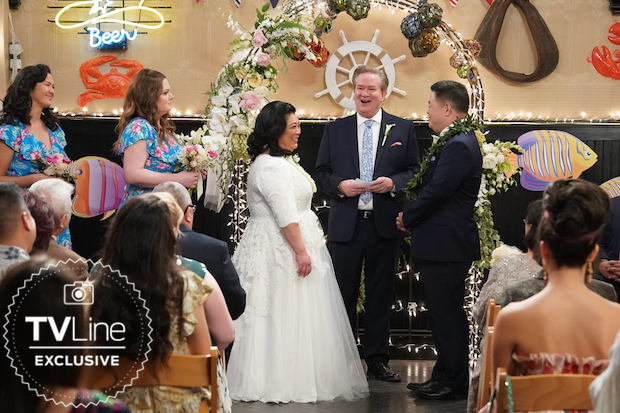