Supergirl gets a visit from an old friend in this Sunday’s episode (The CW, 9/8c) when Winn Schott (former series regular Jeremy Jordan) returns from his future timeline travels with the Legion. And what would a heroic time-hopping adventure be without a super suit of one’s very own?

In newly released photos, Winn reunites with his pals back at the DEO as a Toyman copycat surfaces — which makes sense, seeing as the series’ original Toyman was Winn’s father, Winslow Schott Sr. (played by Revenge vet Henry Czerny). Sporting his own hero costume, Winn teams up with Supergirl, Dreamer, Brainy and Alex to take down the wannabe baddie.

As viewers will recall, Winn was last seen traveling 1,000 years into the future in the Season 3 finale. Last July, Jordan announced on Instagram that he would reprise his role as Winn, writing, “Turns out Winn didn’t go 1,000 years into the future, just to Season 5! So happy to come back and play with my friendsssssss!!” Jordan’s guest arc will reportedly span three episodes, beginning with this Sunday’s appropriately titled installment, “Back From the Future — Part One.” 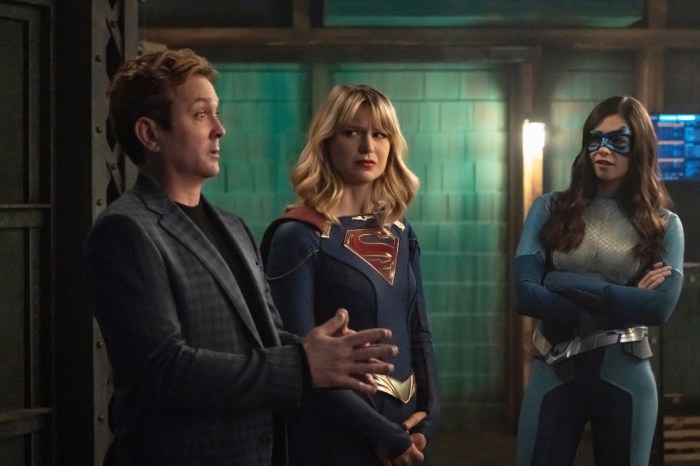 Elsewhere in the photos, Brainy can be seen alongside Lena and Lex, presumably getting close to the Luthors as part of his plan to stop whatever Lex is plotting.

Scroll through the gallery to the right (or click here for direct access) for a sneak peek at Winn’s homecoming, then hit the comments with your thoughts!