The new year is barely underway, but Freeform — like chain drugstores everywhere — is eagerly anticipating Valentine’s Day. In that spirit, on Friday the cable network released a clip from its gay-themed V-Day original film The Thing About Harry.

The movie follows high school enemies Sam (Jake Borelli, Grey’s Anatomy) and Harry (newcomer Niko Terho), who are forced to share a car ride to their Missouri hometown for a friend’s Valentine’s Day engagement party. The twist? Harry has come out in the years since high school; Sam, as we learn in the video, did so much earlier.

The pair wind up stuck spending the night together in a roadside motel, which is where we find them in the sneak peek above. “So, you really didn’t know?” Harry wonders, cracking open a beer. “I really did not,” Sam replies, which leads to a sweet conversation about how each regarded the other during their adolescence.

“Truth is, I admired you,” Harry tells his flustered road-trip companion. “You were out, and living in Missouri. Me, I was just too scared.”

The Thing About Harry will premiere on Saturday, Feb. 15, at 8/7c. Until then, peruse the official poster below, press play on the clip at the top of this post and then hit the comments: Are you planning to spend Valentine’s Day weekend with Harry and Sam? 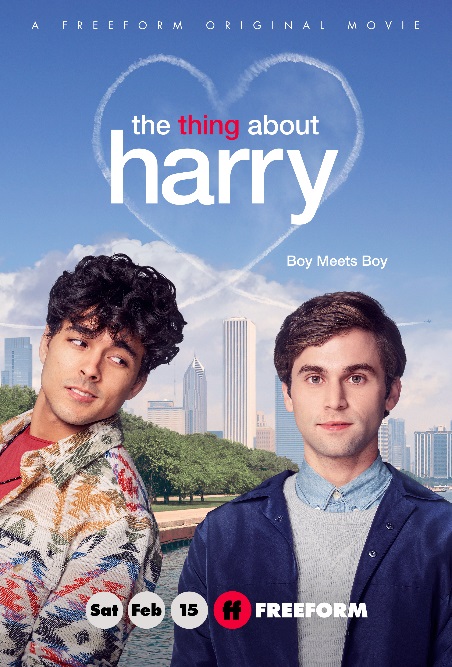