Forget Choose Your Own Adventure: CBS All Access’ upcoming Interrogation is essentially Be Your Own Det. Sipowicz.

That’s because the forthcoming true-crime series — which is based on a murder case that spanned decades — allows you to watch episodes in whatever order you like in order to follow threads that might help you figure out whodunit. And these new exclusive photos from the show? Consider them a windfall of fresh evidence. 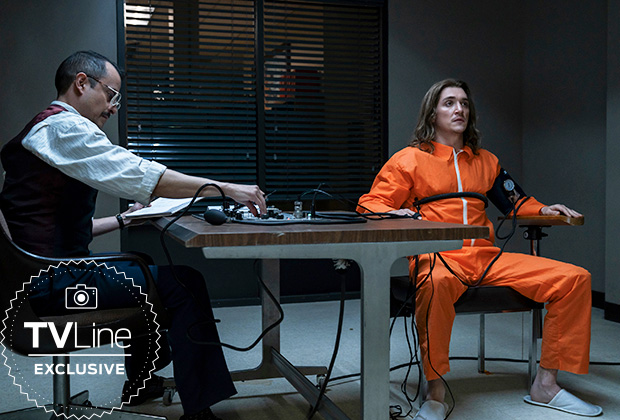 Interrogation centers on a young man (played by Kyle Gallner, Veronica Mars) who was charged and convicted of killing his mother. But even after he began serving a life sentence in prison, he maintained his innocence and fought to overturn his conviction. The series stars Peter Sarsgaar (The Killing), David Strathairn (The Expanse). Guest star include Vincent D’Onofrio (Law & Order: Criminal Intent), Joanna Going (Kingdom), Ebon Moss-Bachrach (Girls) and Andre Royo (Empire).

All 10 episodes of Interrogation begin streaming on Thursday, Feb. 6. Until then, click on the gallery at right — or go to it directly here —to get the investigation underway.