As Supernatural enters the back half of its final season this Thursday (The CW, 8/7c), the stakes will be higher than ever… and so will the body count.

But first, Dean and Cas attempt to work out their issues in purgatory, while Sam finds himself psychologically changed by Chuck, executive producer Andrew Dabb previews in the following Q&A. The EP also teases Jack’s return and two surprising guest stars.

TVLINE | You’re coming off a fall finale with several cliffhangers in Chuck luring Sam and Eileen, and Dean and Cas discovering that purgatory may hold the key to stopping Chuck. What can viewers expect in the aftermath of those twists this week?
Certainly, Episode 8 had a lot of cliffhangers, a lot of open-ended questions. Episode 9 doesn’t answer all those questions, but it answers a lot of them. And also, it acts as a little bit of a pivot point for the rest of our season, where everything that happens going forward happens because of the things that happen in Episode 9, which is a little vague but true. 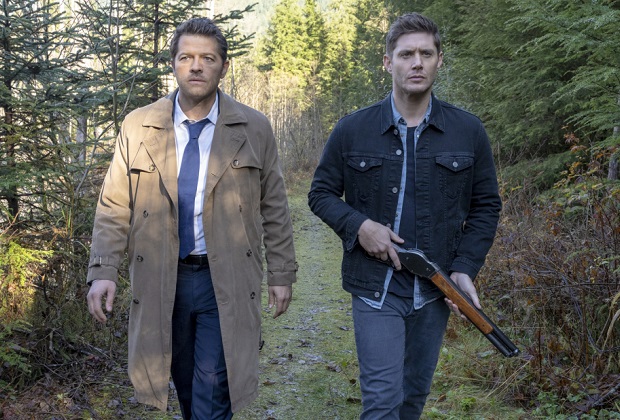 TVLINE | Dean and Cas are in purgatory, it looks like, in the official photos from the episode. How does Dean feel about being back there as someone who has a lot of history with that place?
I think Dean goes in there thinking, “Hey, I’m just here to do a job, get this flower, get out.” Once he sees what purgatory is and gets an update on who’s around [and] who isn’t in purgatory these days, he has to confront the past a little bit more.

TVLINE | Are there some familiar faces waiting for them there?
Not in a specific sense. We wanted to focus on Cas, Dean and their feelings about being back here versus trotting out a fan favorite. That’s always great, we love to do that, but in this case, it felt like we wanted to focus on our core characters and what they’re going through.

TVLINE | Being in purgatory together on this quest, does that force Dean and Cas to hash out their recent issues?
It forces them to start that process. Dean’s been hashing out his issues for 15 years. He’s always got more. But it forces him to reevaluate, definitely. 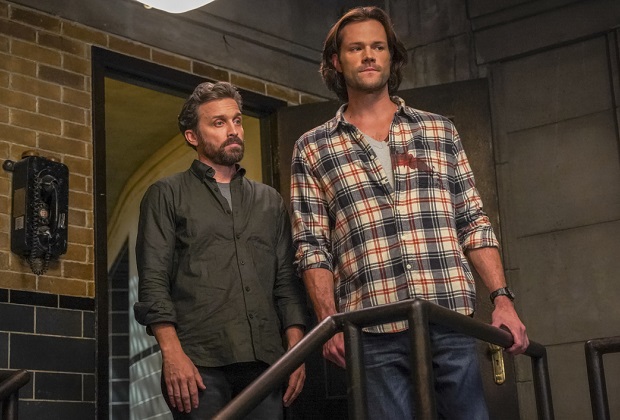 TVLINE | What is Chuck’s agenda with luring Sam and Eileen into this trap?
As confused as Sam is about the link that he has to Chuck, Chuck’s equally confused. This isn’t something that should be happening. [The gunshot wound is] de-powering him, as we’ve talked about earlier in the season. He’s trying to figure out what’s going on… But also, he’s a fan. Getting a little face time with Sam isn’t such a bad thing for him, even if it’s just to twist the knife a little bit more.

TVLINE | Are there any more side effects to be had with Sam and Chuck’s shared bullet wound, or is Sam completely OK after Sergei pulled his soul back in?
I don’t think Sam’s completely OK. And even if the wound is healed, psychologically, Sam’s going to change quite a bit. I also think the way Chuck deals with Sam in this [week’s] episode is to show him some, what I’ll call, unpleasant truth, and those things will be lingering for Sam as we go forward. 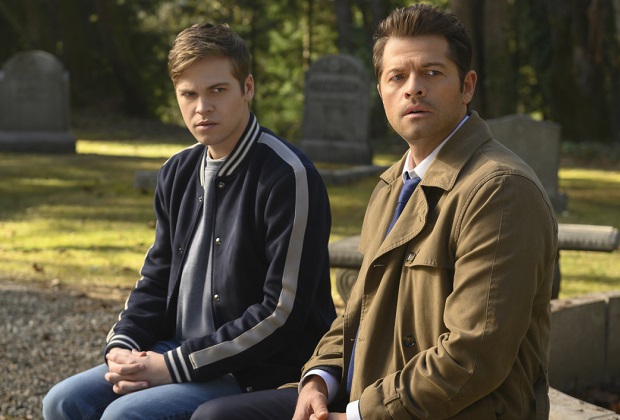 TVLINE | And given how much time has passed since we last saw him, and we have no idea what he’s been up to in that time, can we expect a different side of Jack?
When Jack reappears, [death] will have changed him. Death or “death” always changes our characters, and he’s going to come back, not necessarily as a different person, but with a very clear mission.

TVLINE | You’ve been very good this season about bringing back fan faves from the past. Are there more to come?
There are more to come, including two surprising guest stars in Episode 9.

TVLINE | Another big theme this season has been loss. We’ve already lost Rowena, Ketch, Lilith. What does the death toll look like in the back half of the season?
It is massive.

TVLINE | Are we losing people that are near and dear to viewers and the characters?
Yes.