A moment almost 10 years in the making finally came to fruition during Supernatural‘s fall finale when Dean and Sam’s quest to take down God led them to a reunion with their half-brother Adam.

Dean thinks the answer to stopping a weakened Chuck lies in the demon tablet, so the boys enlist Donatello to translate it, hoping to find a way to lock up God like he locked up his sister The Darkness. (Killing God would be very bad for creation, Sam explains.) Donatello discovers that the tablet includes annotations from Metatron about a secret fear of God’s that only Michael knows. Chuck, speaking through Donatello, warns the trio to drop what they’re up to, or he’ll hurt Jody, Donna and Eileen. But Dean and Sam know their loved ones will never truly be safe as long as God is free. 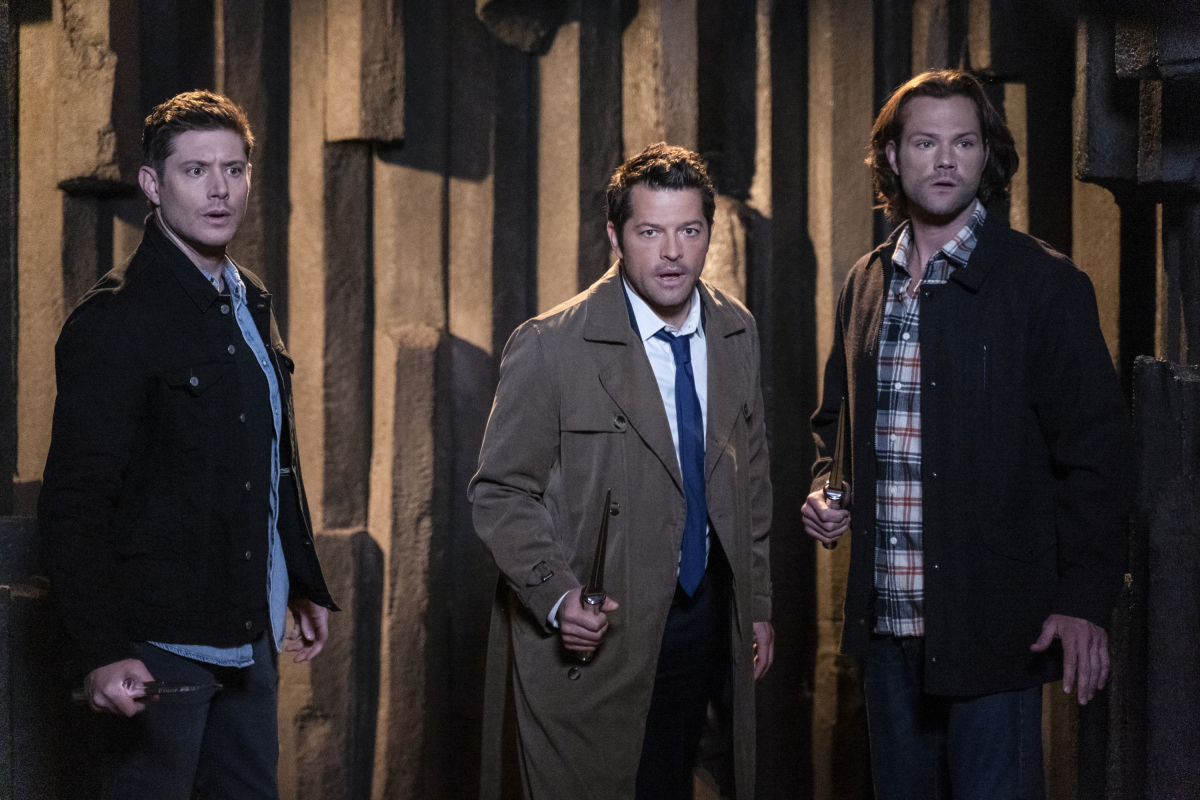 Dean, Sam and Cas head down to Hell in search of Michael, but ended up getting attacked by demons — until Rowena commands them to stop. Hell has a new ruler, and her name is Queen Rowena! Sure, she misses “flesh-on-flesh sex” and laments that Amazon doesn’t yet deliver to Hell, but Rowena truly seems to be loving her new title, which has come with a fiery makeover. When her underlings fail to find Michael in Hell, the boys realize he must have escaped to Earth after Chuck opened the gates of Hell.

Cas prays to Michael, who is currently letting Adam enjoy a delicious burger, fries and pizza at a diner. Adam notes that he has no one waiting for him. Michael reminds him about the Winchesters. “I met them once, and they let me rot in Hell,” Adam replies. “Family sucks.” While the two are chatting, Lilith walks into the diner to fetch Michael because God wants a word. Michael doesn’t believe that God would send a demon and tells her that God can come talk to him himself. Then he wipes her out with a blinding light. 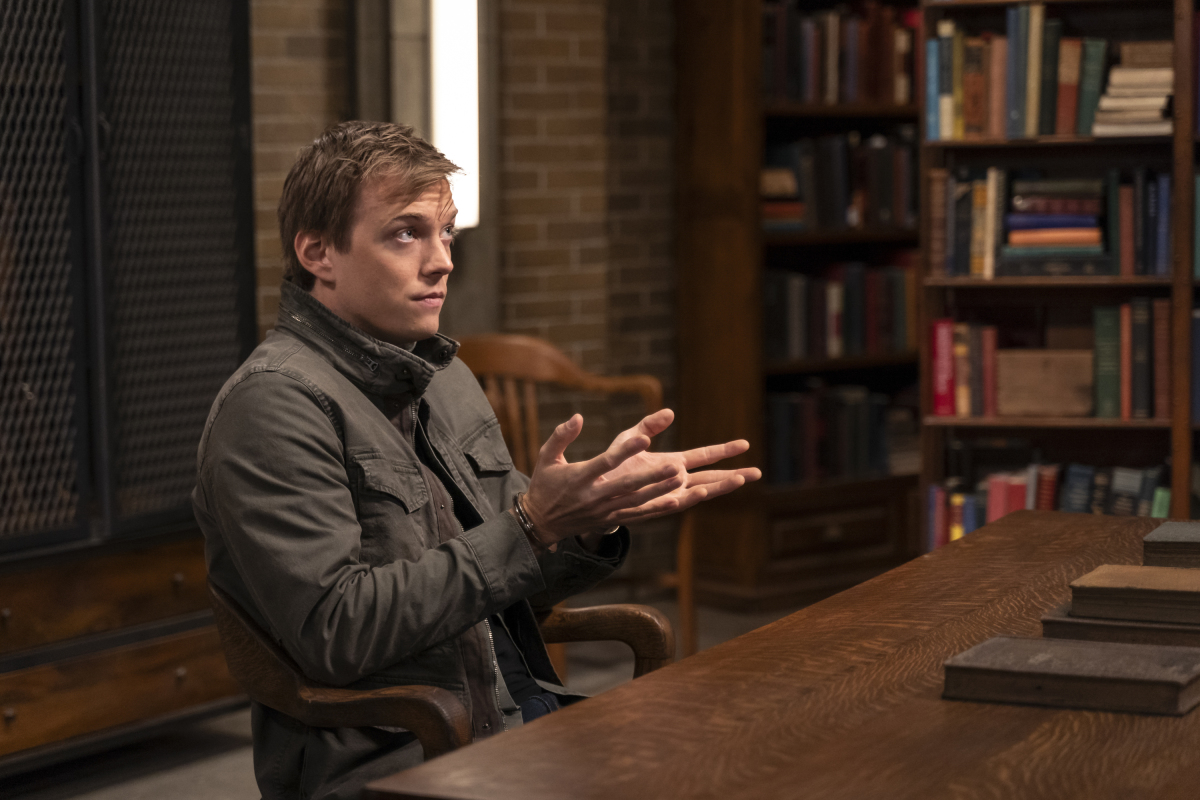 Despite everything that happened during their last interaction in “Swan Song,” Michael does answer Castiel’s prayer. The archangel points out how Dean and Sam let Lucifer get out, but left their half-brother in the cage. They’ve had to get used to losing people, Sam explains, and said goodbye to Adam because they thought they had to, but they were wrong. Michael lets Adam come out to talk to Dean and Sam, much to the Winchesters’ surprise. Adam informs them that he and Michael came to an agreement in the cage.

As for Michael, he still refuses to betray his Father and doesn’t believe that God’s gone mad with power. Left with no other choice, Cas forcibly shows him the memories of what God has done. That finally gets Michael to come around and agree to help lock up God. He gives Dean and Cas the necessary spell — but there’s a problem: one of the ingredients, nectar from a leviathan blossom, can only be found in purgatory. Lucky for them, Michael opens a door for 12 hours.

Before Michael leaves, Dean asks to talk to Adam. “We are sorry,” he tells him. “What happened to you… You’re a good man. You didn’t deserve that.”

“Since when do we get what we deserve?” he replies with a sad smile.

Meanwhile, Sam and Eileen have left the bunker to help her friend with a vampire nest, but it turns out that the pal is actually Chuck. While we’re on the subject of Sam and Eileen, how do we feel about a potential romance between the two? Even Dean seems to be on the bandwagon, arguing that Eileen gets the life, and that Sam “could do worse — and she could certainly do better. Like, so much better.”

What did you think of the episode? Grade it below, then hit the comments!