There’s nothing like a family picnic in the front yard, aye?

Outlander‘s Frasers proudly pose in front of their new digs in a Season 5 photo Starz released Tuesday in conjunction with the show’s Television Critics Association winter press tour panel. The shot of Clan Fraser: New World Edition gives us Sam Heughan’s Jamie and Caitriona Balfe’s Claire front and center, flanked by their children and/or in-laws Marsali (Lauren Lyle) and Fergus (César Domboy) on the left and Roger (Richard Rankin) and Brianna (Sophie Skelton) on the right. Let’s all take a minute to peruse the verra bonny image, shall we? (Click on the photo to see it in full, then keep scrolling.) 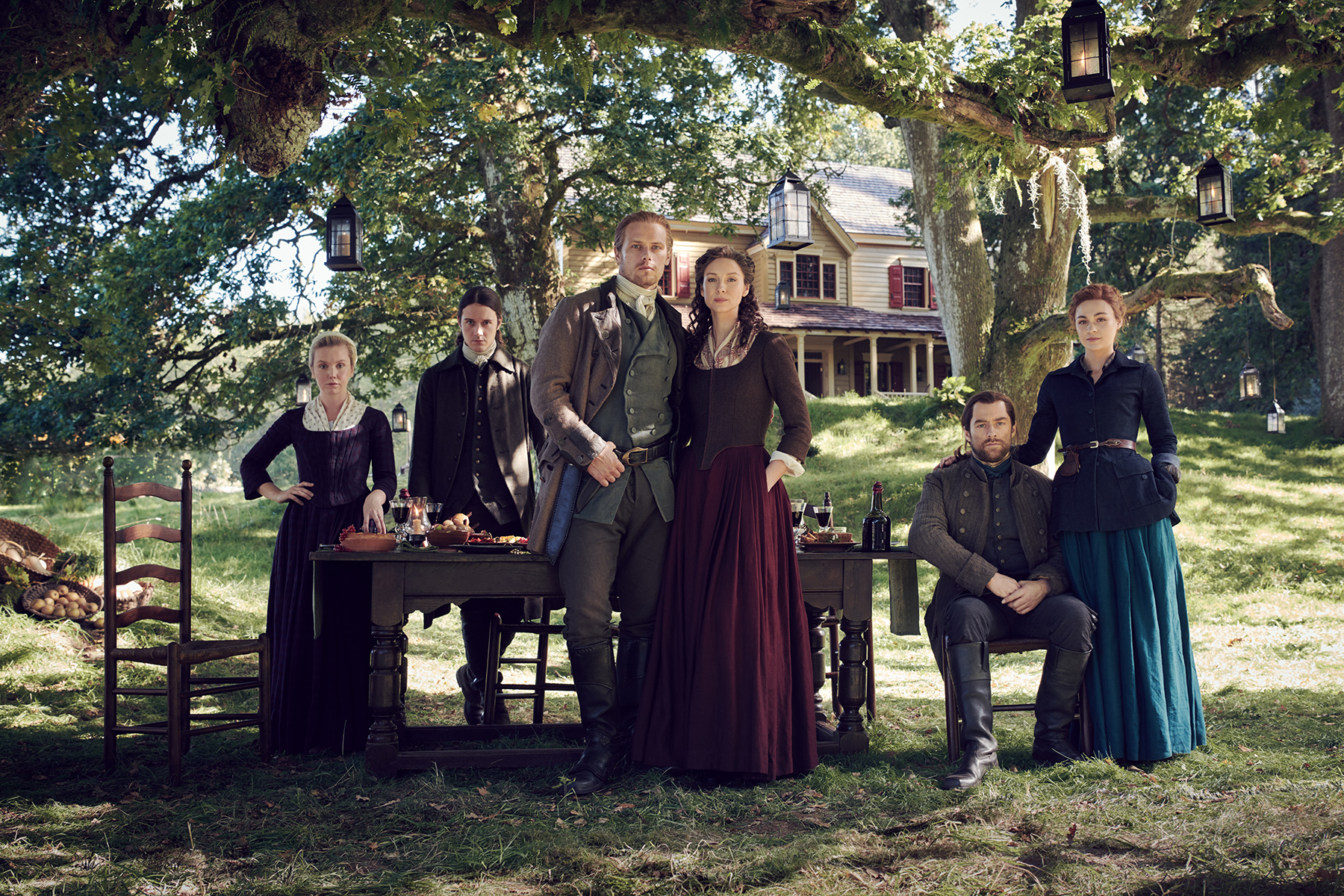 The main house, which you can see in the background, will figure prominently in the upcoming season as Claire and Jamie become the de facto lord and lady of Fraser’s Ridge. The establishment of the Frasers’ foothold in the North Carolina wilderness also features heavily in a new trailer also released Tuesday, in which Balfe, Heughan, Lyle, Skelton and Rankin hype up the imminent episodes and give us a little taste of what their characters will be up to in Season 5.

“Everyone’s got something huge that happens to them,” Lyle previews.

Outlander returns on Sunday, Feb. 16 at 8/7c. Until then, press PLAY on the video at the top of the post, then hit the comments with your biggest questions about the coming season.