The limited series — which is based on Big Little Lies author Liane Moriarty’s book of the same name — takes place at a swanky health and wellness resort where nine frazzled city dwellers go to unwind. Kidman was previously cast as resort director Masha, “a woman on a mission to reinvigorate their tired minds and bodies,” per the official synopsis. “However, these nine ‘perfect’ strangers have no idea what is about to hit them.” 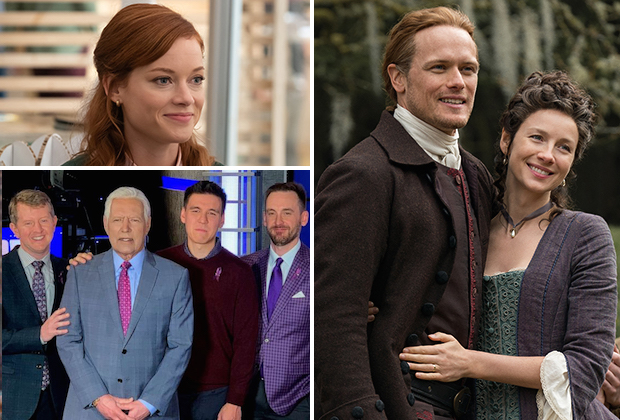 McCarthy, who is also attached as an executive producer, will play Frances, one of the titular strangers. In Moriarty’s book, Frances is a down-on-her-luck romance novelist whose publisher has rejected her latest manuscript.

Since Mike & Molly concluded in 2016, McCarthy has appeared in the feature films Ghostbusters, Life of the Party, The Happytime Murders, The Kitchen and Can You Ever Forgive Me? (The latter earned her an Academy Award nomination for Best Actress.) On the small screen, McCarthy she her role as Sookie St. James in 2016’s Gilmore Girls: A Year in the Life, and recurred as a heightened version of herself on the TV Land sitcom Nobodies, on which she was an EP.

McCarthy’s most prominent TV role in recent years came in 2017, when she was cast as former White House press secretary Sean Spicer on Saturday Night Live. Her Season 42 hosting stint earned her a Primetime Emmy for Outstanding Guest Actress in a Comedy Series. She will soon return to NBC as the new host of Little Big Shots, replacing Steve Harvey.

Nine Perfect Strangers is expected to premiere sometime in 2021. Deadline was the first to report McCarthy’s casting.