Nicole Kidman is (wisely) going back to the well that scored her an Emmy: The actress will star in Hulu’s series adaptation of Nine Perfect Strangers, the bestselling book by Big Little Lies author Liane Moriarty, TVLine has learned, with BLL executive producer David E. Kelley on board as well.

Nine Perfect Strangers — which earned a straight-to-series order from the streamer on Tuesday — takes place at a swanky health and wellness resort where nine frazzled city dwellers go to unwind. Kidman will play the resort’s director Masha, “a woman on a mission to reinvigorate their tired minds and bodies,” per the official synopsis. “However, these nine ‘perfect’ strangers have no idea what is about to hit them.” 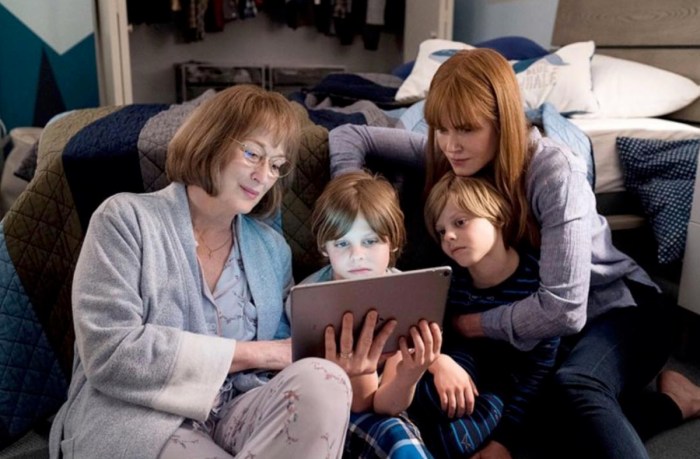 Kelley, who wrote all seven Season 1 episodes of HBO’s Big Little Lies adaptation, will serve as co-writer and co-showrunner here, along with John-Henry Butterworth (Edge of Tomorrow). Moriarty will serve as an EP. Nine Perfect Strangers is expected to debut in late 2020 on the streamer.

Kidman is set to reprise her Emmy-winning role as Celeste in Season 2 of Big Little Lies, which debuts Sunday, June 9 at 9/8c on HBO. She’s also slated to star opposite Hugh Grant in the upcoming HBO limited series The Undoing, which will feature Kelley as writer and showrunner as well.

Book fans: Does Kidman fit the part? Drop your early thoughts in a comment below.