Mark your calendars for a return trip to Monterey: HBO has (finally) announced that Big Little Lies Season 2 will premiere on Sunday, June 9 at 9/8c.

In addition, the cabler has released the first trailer for the show’s highly anticipated return — which you can watch above — featuring Meryl Streep as Mary Louise Wright, the mom of Celeste’s deceased husband Perry, who has a few uncomfortable questions to ask about the night her son died. Interestingly, her questions aren’t for Nicole Kidman’s Celeste, but for Reese Witherspoon’s Madeline.

“I want to know what happened that night,” she says. “I’m very tempted to ask you, but I… I don’t think I would get the truth, would I?”

Back in February, executive producer and writer David E. Kelley teased that “fissures and fractures begin to emerge” within the Monterey moms’ lives in Season 2, and “once the crevasses start to widen, it escalates pretty quickly.” 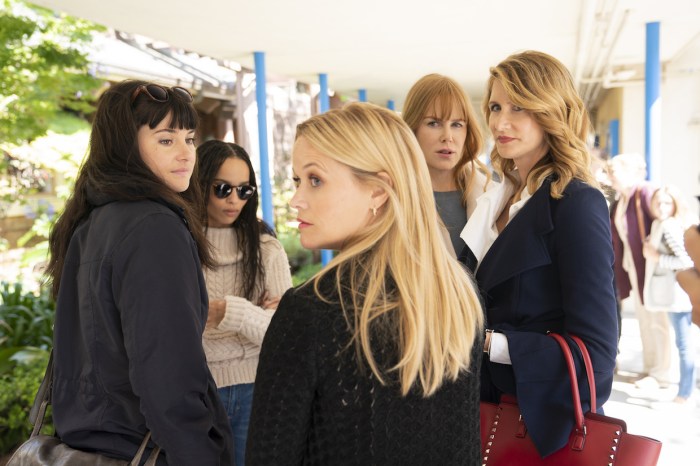 Kelley added that “there was a lot of fertile storytelling ground to mine” in the drama’s second go-round. “We didn’t want to do this unless we had at least a fair shot at living up to the bar that we set up in Season 1,” he said.

Press PLAY above to watch the Season 2 trailer in full, then drop a comment below with your hopes for Big Little Lies‘ new episodes.